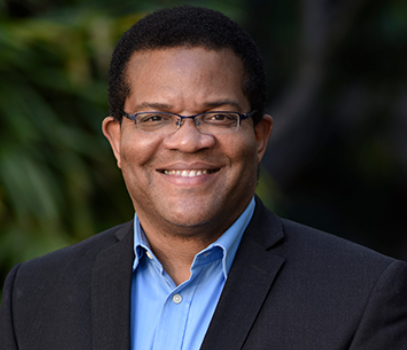 Last week, more than 200 people gathered in front of their computers to attend Bakersfield College’s latest Distinguished Speaker Series event, except this time, it was virtual.

Anthony Iton, M.D., J.D., MPH, is the Senior Vice President for Building Healthy Communities at The California Endowment, was the speaker for the series. Originally from Canada, Iton received his medical degree at Johns Hopkins Medical School and also holds degrees in law and public health.

Throughout his presentation, titled “Zipcode or Genetic code: Which is a Better Predictor of Health,” Iton touched on a variety of inequities and injustices at the local, state, national, and even global level from a public health perspective.

“There are lots of disparities being faced by folks in the Central Valley,” he said on the Zoom call. “I mean the Central Valley is a place with a lot of low-income people and a handful of very wealthy people, and there isn’t a very diverse economy.”

He continued, “Part of the challenge in the Central Valley is essentially to create a different power dynamic, to organize people so that they can have more influence over policy happening locally and regionally, and to shape agriculture in a way that is a little bit more egalitarian.”

One of the solutions he talked about throughout his talk was changing the narratives of exclusion and replacing them with narratives of inclusion.

“If you want to change policies you have to change the narrative.”

“We’re actually trying to show the rest of the country how you develop an inclusive narrative,” he said

Iton used the example of advocacy for undocumented people in California. This has led to more undocumented California residents have gained access to health care and education opportunities.

Dr. Iton also highlighted the health care disparities at the national level, and how the U.S. health statistics compare to other developed nations in the world.

“Most other developed countries have a universal system so everybody is treated the same,” he said. “In this country, we have MediCal, Medicare, we have the V.A., we have private insurance with different levels of coverage. We stratify everything. We make it much more complex and much more expensive …because we devalue certain people.”

The data he presented showed that the United States spends, on average, twice as much on health care per person than other developed countries.

Despite this, 80 percent of what influences people’s life expectancy happens outside of the health care system, which is why Dr. Iton stressed the importance of investing in social programs that allow for more spending to be associated with better health.

He talked about using the socio-ecological model to look at social inequities in Kern and other areas across the United States. Iton called these inequities physical neighborhood manifestations that deprive people of health protective resources, like parks, schools, sidewalks and safe drinking water.

Iton said people coming together can make a difference.

“You can advocate. You can write op-eds…You can talk to your representatives and hold them accountable,” he said. “You have to organize people. You have to do this together…You have to build power, and power is about relationships. Power is about us. It’s not about me.”

Oscar is a Delano youth reporter for Kern Sol News.