Southern California Edison generates 4 billion kilowatt hours a year from a series of hydroelectric power stations on its Big Creek system in the Sierra National Forest above Fresno.
The system includes seven reservoirs —  Edison, Florence, Mammoth Pool, Huntington, Shaver, Reddinger and Kerckhoff lakes — and nine power houses.
The system was first envisioned by John S. Eastwood in the 1880s who explored the San Joaquin River watershed on his mule.
He partnered with Henry Huntington for funding and construction on the project began in 1901.

This story was first published on www.sjvwater.org.

When the Creek Fire erupted on Sept. 5 and chewed through the forest toward Southern California Edison’s Big Creek power system, little did anyone know how that might affect grape growers in Delano nearly a month later.

But the historic fire has put water managers along the eastern flank of the San Joaquin Valley, who depend on the Friant-Kern Canal, on alert.

That’s because Friant water comes from a series of reservoirs above Fresno that feed into Edison’s Big Creek system.

When the fire forced Edison to evacuate its workers from Big Creek, they “set the lakes to minimal releases, locked the doors and got out,” said Eric R. Quinley, General Manager of Delano-Irrigation District.

Those upper lakes in the Big Creek system feed into Millerton Lake, which, in turn, feeds the Friant-Kern Canal.

“Since the start of the fire, we’ve been living off storage,” Quinley said of water coming out of Millerton.

But that storage is getting dangerously low, according to U.S. Bureau of Reclamation South- Central California Area Manager Michael Jackson.

“If it gets to that level, there’s no physical way to get water out of the lake and into the canal,” Jackson said.

The Friant-Kern Canal is gravity fed, meaning its valves are embedded in the Friant Dam high enough to get the water going on its 152-mile slide down the valley to Bakersfield.

If the lake drops below 135,000 acre feet, those valves could “go dry,” something that hasn’t happened in canal’s nearly 70-year history.

Edison is still assessing damage but Jackson said he’s been told the company can increase releases to send 10,000 acre feet down the system through the end of this month.

It’s hoping to release another 5,000 acre feet after that, but that’s not certain.

“They’re hoping to get back to normal operations by October 15,” Jackson said. “We just have to get through this bottleneck right now.

Water managers are standing by in case they have to reduce deliveries to their growers, shift delivery times or help in some other way, Quinley said.

Delano has the largest slug of water stored in the system, about 20,000 acre feet.

Though irrigation demands have tapered off from summertime highs, Quinley said there are still a lot of grapes in the middle of harvest and almond orchards, which just finished harvest, will need to restart irrigation soon.

“Plus, we have another heat wave coming,” he said. “This is potentially historic. Which is why Edison’s operational plans are key.”

Even when the immediate water delivery logistics are past, Quinley said, the system will be forever changed.

“From a precedent standpoint, the Creek Fire is huge. It’s burned 25 percent of the San Joaquin River watershed.”

“And that’s some really rough terrain our firefighters are having to deal with,” Quinley said.

“First and foremost, this is a public safety issue for folks in the watershed,” Buck-Macleod said. “From a Friant perspective, we need to be cognizant of the water quality coming into those lakes and how it might affect uses down here.”

Secondarily, he said, snowpack modeling using the Airborne Snow Observatory will have to restart with baseline imaging of the newly denuded forest.

Water managers throughout California had begun using information from ASO flights, which use light detection and ranging technology (LIDAR), in the last few years to better understand snowpack content and runoff potential.

But the Creek Fire has altered the terrain so drastically, ASO will likely need new images.

SJV Water is a nonprofit, independent online news publication covering water in the San Joaquin Valley. Lois Henry is the CEO/Editor of SJV Water. She can be reached at lois.henry@sjvwater.org. The website is www.sjvwater.org. 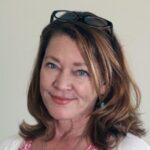 SJV Water is a nonprofit, independent online news publication covering water in the San Joaquin Valley. Lois Henry is the CEO/Editor of SJV Water. She can be reached at lois.henry@sjvwater.org. The website is www.sjvwater.org.