“Finally! Bryan!” was what Delano Mayor Bryan Osorio’s friends said when he was verified on Instagram shortly after he declared his candidacy for California’s 21st Congressional District.

About a week after Osorio announced he was running for Congress, he saw the blue check mark on a comment he made on someone’s Instagram post, and he felt the race had begun.

Osorio said he shared the same excitement as his friends when he saw the blue check mark. He saw this as a platform to uplift community issues.

Osorio’s key issues include immigration reform, medicare for all, the Green New Deal, and economic justice.

Orosio calls the current immigration system “inhumane and unnecessarily complex,” according to his website.

“Throughout my life, I have seen hardworking immigrants, like my family, labor endlessly to keep our country afloat,” he said on his website.

Osorio is also pushing for Medicare for all, as more than 30 million Americans lack health insurance. Osorio sees the significant uninsurance rate coverage and lack of quality healthcare for senior citizens in Delano and the Valley as something that other seniors all over the country are facing too.

He is advocating for the Green New Deal and changes to make the environment cleaner in the district.

“The 21st Congressional district is one of the most polluted districts in the nation,” his website says. “I will fight for my community’s right to breathe clean air, to drink clean water, and to have good jobs.”

Osorio said he sees the oil and gas expansion in Kern County as a letdown to communities who were opposed to it. He thinks that the national discussion has a real connection to local cities if regional and local leaders were engaged and willing to listen to community members.

Lastly, Orosio is pushing for economic justice by advocating for safety-net programs for working-class families.

Osorio recently graduated from University of Southern California’s Policy School for his graduate degree in Public Policy. He said the knowledge he learned at USC will help him in the same way it helped during his time on City Council to understand policy better. Osorio says these skills will inform how he will discuss and draft his policy platform as a candidate for Congress.

When asked about his legacy, he wants people to remember, “I demonstrated political courage at council meetings and out in the community.”

Osorio has led the LGBTQ Proclamation month last year in Delano and the flying of the Pride flag outside of Delano’s City Hall building. Osorio has also helped and supported the first PRIDE march in Delano. 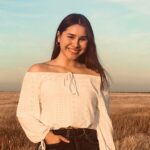