The American Dream Continues in California 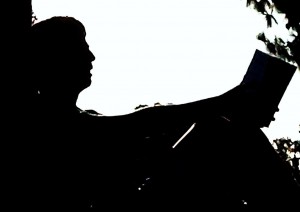 Miguel Saavedra hopes for the passage of the DREAM Act./by VERONICA RAMIREZ

SOUTH KERN–For Dream Act students, whose hope is to attain ‘The American Dream,’ the dream is slowly becoming a reality.

Brown also indicated that he was leaning toward signing the Assembly Bill 131, which is the second part of the California Dream Act. Under AB-131, undocumented students would be able

“The CSU as a system and CSUB in particular have long supported both the California Dream Act in addition to the Federal Dream Act,” said Robert Meszaros, the director of public affairs and communications at California State University, Bakersfield.

“There are only about 40 students who qualify under the AB-540 and attend CSUB right now,” Meszaros said. “The stance has always been that these students undocumented or not, if they have proven that they can succeed in high school and get into a CSU school, then they should be given every opportunity as everyone else.”

Some supporters of the California Dream Act look forward to the changes these bills will bring within California and possibly the country.

Joey Williams, co-chair of UNIR (United Now for Immigrant Rights) holds on to this hope too.

“California is really good in the fact that we have Jerry Brown, who is progressive in nature to sign laws like the California Dream Act,” said Williams.

“California sets the pace for the rest of the country. A lot of laws we set here can help overcome laws like the AB-1070 in Arizona and the HB-87 in Georgia.” 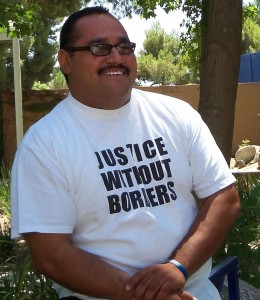 Joey Williams is hopeful the DREAM Act will pass./ by VERONICA RAMIREZ

“The Federal Dream Act is one of the most perfect bills that could ever be created concerning immigration,” said Williams. “It is not rewarding to criminals but it is rewarding to the children of those who are the backbones of our society in agriculture, hospitality  and construction.”

Undocumented high school student Miguel Saavedra* (names have been changed) is a 4.0 GPA student, who participates in athletic and musical extracurricular activities. His community service ranges from volunteering at a local hospital to joining a Relay for Life team.

Saavedra was brought to the United Sates at the age 7 by his mother, who was escaping his violent and polygamous father.

“I am not afraid because I have not done anything wrong. Although they say I came here illegally,” said Saavedra. “All I want is the American Dream, a chance at life, liberty, and the pursuit of happiness.”

The reality of when the Federal Dream Act materializing and allow earned U.S. Citizenship for Saavedra and others like him is unknown.

“I know that the new Dream Act influenced by the republicans, recently, extended a time period from 10 to 15 years for students to be eligible. Even if it is a 15-year wait I think it is a wait the Dreamers are willing to make,” said Williams.

Although Saavedra continues to be a vocal Dream Act advocate, he’s tired of playing the waiting game.

“I am not very optimistic with the way things are going right now, it is too slow. The senators are playing a game of ball instead of actually doing politics,” he said. “We were so close and hopeful in passing the Federal Dream Act.”