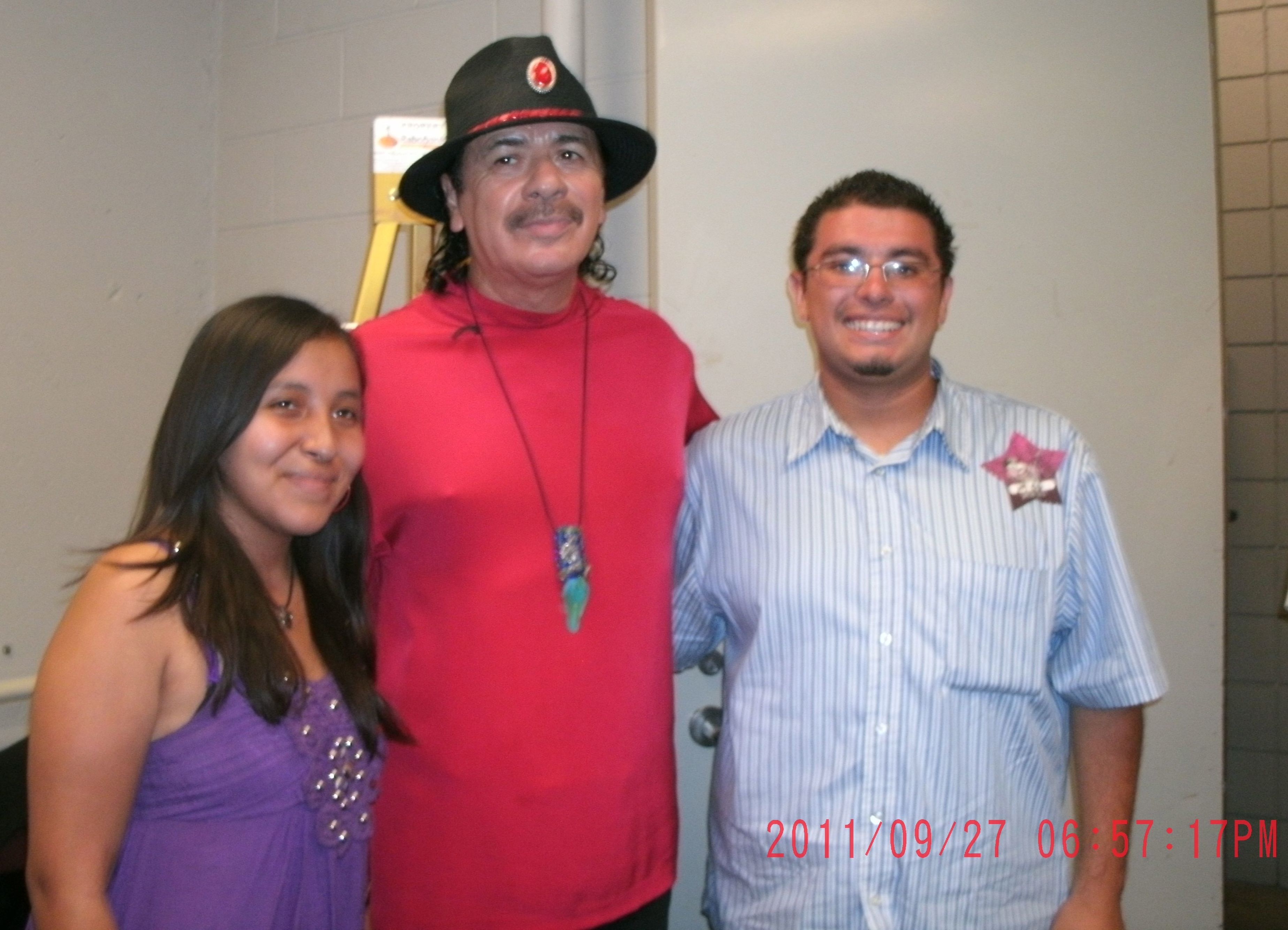 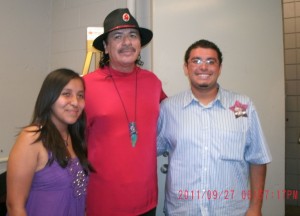 BAKERSFIELD–Local Carlos Santana fans got to see the rock music legend up-close and personal before his concert on Sept. 27 at the Rabobank Theater.

It was part of the Dolores Huerta Foundation fundraiser. Fans with a concert ticket could donate a $100 for an opportunity to meet and greet Santana before the show.

About 30 people attended the reception. Most of which were fans, friends, and family members of the Huerta family. Everyone was excited and chatted with one another to catch up with what they have been doing.

Fidel Huerta talked when his love for Carlos Santana’s music began and how his mother, Dolores met Santana.

“I expect some good music, from past and present, and my teenage years. I saw and heard him here in Bakersfield first time,” said Fidel. “The next time I saw him at a Dolores Huerta Foundation fundraiser at Universal Studios in Los Angeles, California. It’s great to see him still. I like his Chicano style, he has his own unique style, mature, Latino, Cuban rhythm.”

“He is very supportive of Dolores’ work. He opened up at the Bakersfield Kern County Fair and after his concert we ran up to a gate that Santana was behind, but he didn’t recognize her,” he explained. “Two weeks later Dolores was at an United Farm Workers picket and Luis Valdez, introduced them and Santana was very happy to see her.”

Once Dolores appeared people’s faces lit up and instantly there was a crowd around her. The Latina Activist strutted up the steps.

Soon after Santana’s bodyguard came out and explained the autographing rules and safety instructions before he led everyone inside.

Someone from the crowd broke the nerves with a joke – “Where’s the tequila?” Then it was followed by “Take advantage of the time and enjoy yourselves.”

When everyone was settled in Santana appeared with his bodyguard. Cheers of joy and excitement greeted Santana. He has a history of showing his support to Dolores Huerta and DHF.

Dolores greeted him with a warm smile and hug and handed him a present, it contained a letter and a picture of them in 1999. Santana and Huerta had a short dialogue, where they each said something that they admired about one another and thanked each other.

“With peace and love and thank you for your support,” Dolores told Santana.

Santana responded in Spanish, “With passion and conviction.”

Everyone was able to take pictures with Santana. Upon his exit people shouted for him and showed his appreciation towards Santana. “¡Viva Santana! ¡Viva La Raza! ¡Sì Se Puede!”

Dolores shared her love and respect for the Chicano rocker.

“Santana has helped DHF by raising money for us, this reception which he agreed to come to that people paid to be here is one way. It seemed like he wanted to talk but he got pulled away,” she said. “His main priority is the youth and immigration, Santana invited us to Hollywood when he received his Star. The Milagro Foundation, Santana’s personal, funds youth lead projects only.”

She added that she really enjoys his company and cherishes the time they’ve spent together.

“He loses himself in his music, it’s like there is no one else around but him and his music. Oh, of course I enjoy spending time with him,” she said, happily.  “He’s a very spiritual person, and it’s like when Cesar Chavez is around us, it’s a very good feeling. Do you get what I’m saying?”