‘Project X’ Is Hijinks In Excess 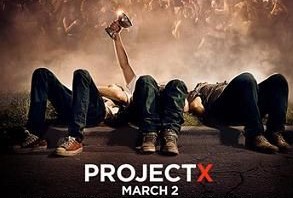 They’re going through the teen angst of trying to be popular and land the best looking girl at school.

To accomplish this, they try to make a name for themselves by throwing ‘the party you have only dreamed about.’ The movie starts with Costa and J.B. wanting to throw a birthday party for his best friend Thomas.

To sweeten the deal Thomas’ parents are going out of town. Thomas’ parents lay down the rules like his dad’s office and Mercedes Benz is off limits. However, Thomas’ dad has ‘faith’  that his son will behave because as he sees it:  Thomas is a ‘loser.’

The party gets underway and looks like things will go off with out a hitch. As the movie progresses things get out of control, resulting in a neighborhood fire, a showdown with the police and a news helicopter flying over the suburban neighborhood.

Personally, I think it is a great movie to watch with friends on a Friday night. This movie makes you want to party.

Especially, if you’re a teenager that just  finished your classes for the week, want to forget about school and enjoy your weekend. After seeing this movie you will realize that you should never ever steal a gnome.

“Project X” was released on a Friday, March 2, 2012. The cast was chosen among unknown actors, which helped make the footage look real since the cast was in continuously recording. Also this style of recording gave the viewer the sense they were watching someone’s homemade viral video.

The movie was loosely based on Corey Worthington lifestyle. Worthington is known for hosting ‘the best’ house parties in Australia.

The comedy movie doesn’t have much of a plot but it does what a movie is supposed to do: entertain. I couldn’t stop from laughing and being amazed at the events that kept happening.