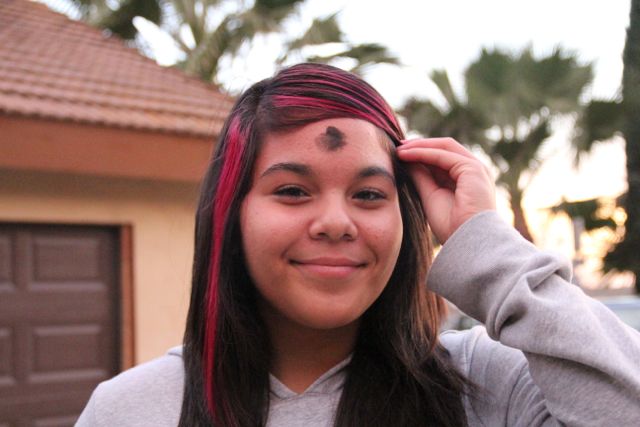 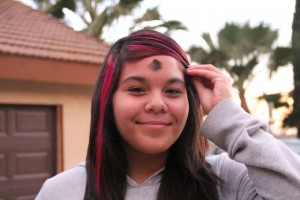 SOUTH KERN—Devotees of the catholic faith flocked to local catholic churches in South Kern to receive their ashes for Ash Wednesday.

This year Ash Wednesday fell on Feb. 17. It announced the first day of lent. For 40 days people will give up something to improve their health, to bring them closer to their faith or help their fellow man.

Saint Thomas Church in Arvin, Calif. began with a mass at 4 a.m.

Throughout the day there were short masses followed by the distribution of ashes. The ashes were spread on people’s foreheads in the sign of the cross.

Maria Pantoja, who attended the mass said that she has been participating the celebration of Ash Wednesday for many years and for her it feels like a tradition. This year she’s not going to eat meat during the 40 days of lent.

Priests, who oversaw the masses on Ash Wednesday informed attendees that they should do three things. They were not to eat red meat on Fridays, help the less fortunate and to give up something to help your life or the life of others. But, what someone gives up does not have to be limited to religion. It could also be something that you are doing every day and can’t stop.

Maria Duran, 18, and an Arvin resident gave up something she truly enjoys doing on a regular bases.

“I gave up using Facebook because I would get on it very often, and giving it up makes me feel good because it is something I really liked,” said Duran.

In Lamont, residents received their ashes at Saint Augustine Church.

Jocelyn Lujan, 14, from Lamont said she has been receiving ashes for the past 5 years with her parents. Lujan said giving up meat on Fridays was a tough sacrifice for her.

“I’m giving up Fast food. I’m trying to change my lifestyle,” said Lujan. “I want to feel better about myself.”

At afternoon mass at Saint Augustine Church was so full people didn’t fit inside. They waited patiently outside and many had to wait until the following mass to get the ashes because there wasn’t enough time to pass out ashes before next mass.

Teresa Bonzalez from Lamont has been receiving ashes since she was a young girl. For the past 23 years she has been giving out ashes as an Alter Server.

“Spiritually, it’s a continuation of my conversion, this is to help me out in my conversation. For things I don’t usually do, carry and read my bible more and pray more. Change our attitude, after that it’s hardest since it’s from the heart,” said Bonzalez. “There’s a lot of people that come, there are five masses and they have been to its full capacity at 7 p.m. mass, there’s more. That we have lots of people outside of church.”

“Church is like a mother with open arms, God always loves them, no matter what religion they are and no matter how big of a sinner they are. God is all loving, she said.”