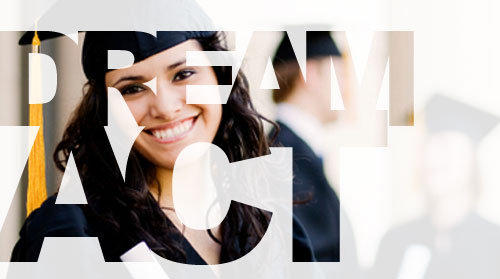 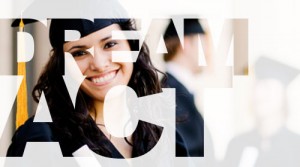 Ed. Note: In October 2011, California Gov. Jerry Brown signed AB-131, the second part of the California Dream Act. This granted undocumented students access to both private and public funding for college. This was a major victory for Dreamers, but their fight is not over. Many Dreamers are marching forward with their hope of the passing of federal Dream Act, where they’d earn their citizenship. Last year, a few of these Dreamers shared their personal stories with South Kern Sol Reporter Miroslava DeLeon. Names used in this report have been changed at the request of those interviewed, to ensure confidentiality. This is one of their stories, part one of four in series.

I came here with my family when I was 4 years old. The reason I came here was because my parents wanted a better life. They realized that back in Mexico City I wouldn’t be able to get an education. There were not a lot of resources available because of the poverty.

Although I was very young, I remember crossing the actual fence while helicopters were hovering above us. My parents would tell me to be quiet, since I was asking so many questions. They say that my first words were now, when and where.

My dad first emigrated from Mexico City and then we followed him two years after. We arrived to Lamont, California and I attended preschool through second grade there. Then we moved to Weedpatch. Coming here I remember going to certain stores and I wouldn’t understand the language. Although, I would pretend I did and would make my mom repeat all of this gibberish I taught her.

I attended Arvin High School and I was 100 percent into theater. I did do one season of tennis and I was an honors and GATE student. I was a B average student, but I would get As in the classes I cared the most about. I would invest more time in the tougher classes like English and history.

I graduated from high school in 2004 and I finished Bakersfield College in 2007. I really wanted to go to a UC at first and I did attend UC Santa Barbara but I couldn’t afford it. It was the bleakest moment in my life. I decided to work for a year to save up money and then go back. Then the winter quarter started and I was unable to go back. I was a college drop out and I never thought that title would pertain to me. I ended up having to take three years off to work.

Originally, when I went to Santa Barbara I was a theater major. The first quarter I did really well I got a 3.8 GPA. I went into the Bachelors of Fine Arts and Acting program available there. It’s very competitive and you audition and they only take twenty students. They cut students every quarter so in the end you only have about nine or ten students. I was excited because they have a very good rate into transferring into a graduate program.

I do remember that I didn’t have all the money for school until a week before school started. I had received some scholarships to transfer, my dad was going to help, and I had some money from some odd jobs I had done. Everything was put together and I only had half the money for two quarters. I made the decision to go but I didn’t have a place to stay. I ended up staying at a friend’s brother’s house, who was newlywed. They were very gracious though and I stayed there two weeks. I then found a place with three graduate students from India.

With the market crash in 2008, my dad was unable to contribute financially. We also lost our house that same year. I remember how difficult that conversation was for my dad because he could no longer commit to helping me. He has always pushed me forward with my education so he didn’t want me to drop out. Instead, he suggested I move back home and go to school locally so there would not be the housing expense.

When I came back I did a lot of work with the community. I did get to grow as a person and decide what I wanted to do with my life. At first I wanted to pursue theater and that could have ended in a great way but I hadn’t explored myself as a person yet. Now I have done a lot of work out of immigration since it became more of a bridge into advocacy. I’ve worked with women’s issues, reproductive rights, education in general, the environment, and workers’ rights. All these experiences have shaped me to become the person I want.

In college I am very driven by learning. I think it goes beyond the grades fro me. If I am going to do an essay or project I give it my all. At times, I can’t get straight As but I do have a 3.5 GPA. It is difficult since I have to work and be so politically active.

My ultimate goal and aspiration is to become a lawyer. I want to do a combination of immigration and environmental law. Right now I am taking it one step at a time because I want to finish my BA first. I definitely want to come back to the Central Valley but more specifically in Kern County. The ultimate goal is to set up my practice on Main Street.

I am co-chair for United Now For Immigration Rights and we did rallies, petitions, voter registrations, and we had a screening of the movie ‘800 Mile Walk’ at Cal State Bakersfield. We did all of this to promote the federal Dream Act. At first I thought Cal State was very conservative but they are truthfully embracing. There is not a lot going on politically so I think we are a good balance. We do bring that political action to the campus.

I hope that next year we build more of a base and get our issues out there. We also worked with CHIRLA and we were also part of the Reform Immigration for America Campaign (RIFA).

I belong to the Arvin High Alumni Association and I am helping build their website. I am able to do my internship through the Education and Leadership Foundation in Fresno. They also gave me the community service scholarship because I did more than 200 hours of community service. I completed my hours through various projects. I helped at the United Farm Workers Foundation; I helped fill out 400 forms to help people get their citizenship.

The Latino community is very supportive, but I believe that when we frame the issues correctly about education oppose to immigration people in general are more supportive. Especially, when people understand that the more we invest in young people, the more benefits we get back. I think about the initial investment of K through 12 and the thousands of dollars it is. The only answer is the federal Dream Act because if it is addressed then it is the only way to get back the investment. Although, I already pay taxes I only pay a small amount compared to what I would pay once I have a career salary.

I worked on the Jerry Brown campaign because I knew that he was willing to move forward. The AB-130 is a great step and its importance goes beyond the monetary value. Every time that a student feels that the government, an organization, or an individual invests in them then that is a push forward. I have been working with the College Dream Fund as a student advisor and we grant scholarships to AB-540 students. When we give a $500 scholarship then a student is able to enroll for a semester but beyond that it gives them hope.

California is such a great leader in our nation that they are willing to educate our youth and make that investment. That is putting pressure to pass the federal Dream Act. We are the first state to do this and it can create a rippling effect and hopefully catch on.

For the California Dream Act, I helped with phone calls, petitions, and we also did one rally. Unfortunately, I haven’t been able to invest so much compared to the federal Dream Act last year.

Any good legislation takes years to pass like with AB-540 they had to lobby for it for 10 years. Since we were so close last year that is what gives me hope. For the federal Dream Act to pass I am thinking that it is a three or four year wait. I would say that 2013 is the next viable date but we have worked hard so there is no reason to throw in the towel.

I think really ensuring that we elect leaders that are on our side is important. When I say ‘we’ I might not personally be able to vote but I motivate hundreds of people to vote. Whether it be knocking on their doors, making phone calls, or through media events. I do this every election cycle and network support helps especially nowadays with social media where I have hundreds of friends.

I remember when the federal Dream Act did not pass and how hard it was. I actually watched the votes with a student group at a church and we would keep tally of each vote. It was very emotional since we put all of our effort and energy into this legislation. There were people in tears and I was one of them. I don’t cry in front of people very often and I hadn’t cried in two years with anything related to the Dream Act. Although we knew it was a long shot the day before our hope had risen. Now we know that there are only a few people in our leadership that are not willing to move forward. I’m glad this happened because at least we now know where we stand. We know who stands for the rights of students and access to education.

Generalizations are bad in every instance because we can’t say this type of race does this or this type of person does this. You are no longer looking at the individual but you are looking at the masses. A lot of this has to do with people being misinformed. I understand that it is hard for people to understand change. People are fearful that the make up of our society is changing. In order to strengthen our country we need to be able to move past those fears and figure out how we can work together. Everyone in this country wants the same things, good schools for their children, a clean environment, and good jobs. We all have the same visions so if we work together instead of against one another we will be able to rebuild this country.

My parents are wonderful people who continue to push me forward and inspire me. My mom graduated from high school last year before her 50th birthday. She learned English for many years ago. Then she took all the high school courses and received her diploma at the adult school. I decided that if my mom is moving forward then there’s no reason for me to feel stuck at this age. Even, if I am moving slowly, I am still moving.

My other inspirations are every struggling student that I meet. Whether the student is a dream student or education affects every student. Our country is at a crisis so anyone, who can get their diploma is really triumphing. Every student, who is enthused about college inspires me because I remember being there. Unfortunately, willingness and hope is not enough it takes resources. Legislations like the federal Dream Act and the California Dream Act are excellent because it involves the entire country.