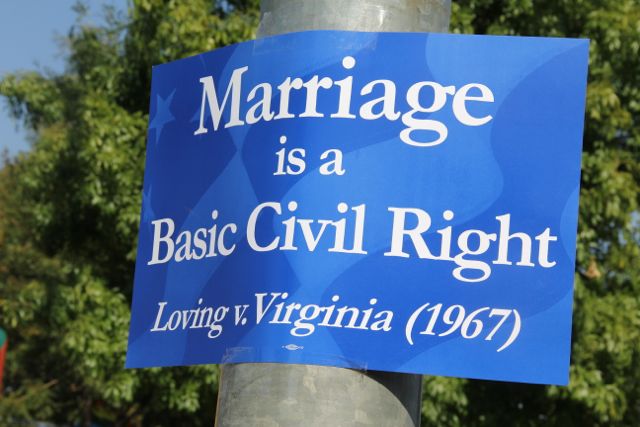 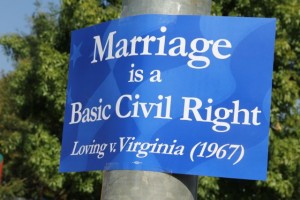 On Wednesday, people across the nation tuned their television sets to an exclusive White House press briefing, where they heard  Barack Obama utter a sentence that no previous President had ever dared: “I think same sex couples should be able to get married.”

It’s about time President Obama made it clear which side he’s on.

As a young person and a member of the LGBTQ community myself, his statement fills me with a real sense of hope. Yet, the more I replay the President’s words over in my mind, the more bittersweet they sound, and I find myself wondering if the pundits and skeptics are right.

In the hours since his statement, media have been all abuzz with a constant stream of analysis and opinion.  Why did Obama make his statement now?  Was it choreographed, or spur of the moment?  Will it help him or hurt him in November?

The fact is, Obama had been avoiding the topic of same sex marriage throughout his first term.  Is his announcement, coming so close to election time, just a desperate attempt to gain votes from the LGBTQ community and from open minded young voters?

In the end, does it even matter?

This is a step closer to victory in the fight for civil rights. Regardless of the timing or the motivating factors, at least we know our President has heard the voices of the LGBTQ community, whose pleas have sounded so distant and whose goals have seemed so far away from being realized – especially given the recent boom of the GOP’s Tea Party, whose narrow views include a commitment to stop any federal legislation that would legalize same sex marriage.

Let’s not forget that Obama did repeal the horrible Don’t Ask Don’t Tell policy for homosexuals serving in the military.  And let’s also keep in mind that while Obama’s support for same-sex marriage is a big moment in U.S. politics, it’s not such a trailblazing position in other countries, including South Africa, Sweden, the Netherlands and Argentina.

With the nation watching and waiting, this is a step in the right direction towards equality for all the people of the U.S. But with politics being so divided in our country, I’ll be holding my breath in the hopes that this historic moment will not result in a backlash of hate, but rather send off a wave of acceptance.

Elections are right around the corner, and this year I’ll have the privilege of voting in a very important election – my first chance to vote in a presidential election. Obama’s approval of same sex marriage will definitely be a factor when I cast my vote to reelect him for another term – and I strongly believe it will cause other young voters’ to do the same. It’s about time the President got with modern views, and who knows, it might get him more youth votes than he’s even anticipating. 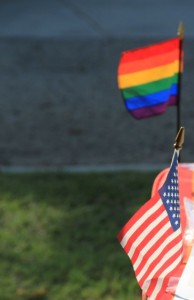 Berenice Sanchez, 19, is a writer for South Kern Sol, a community based and youth-led media organization serving the rural towns of South Kern County, CA.  South Kern Sol is a project of New America Media, and is supported by grants from The California Endowment and the Knight Foundation.