Graduation Rates Up in Kern County, But Not for All 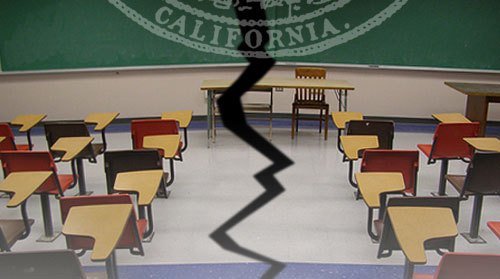 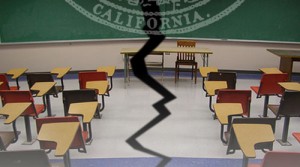 LAMONT, Calif. – Octaviano Salgado is a junior at Nueva Continuation High School, an alternative school in the central valley town of Lamont. It’s a last stop for many students in South Kern County struggling to graduate on time, if at all. For Salgado, the son of migrant farm workers, poverty and a home life in constant flux are the main reasons why academic success hasn’t come so easily.

His story is not unique.

South Kern County is home to a largely Hispanic population, many of whom make a living as farm workers. While they certainly work in the fields that immediately surround the small towns of South Kern – Lamont, Arvin, Weedpatch, Greenfield – many also work as migrants, following seasonal crops from region to region throughout California and even out of state. Theirs are the children that make up a majority of the student body at Nueva Continuation.

“By them (students) moving, they haven’t had a consistent education,” says Manuel Rodriguez, who has worked at Nueva Continuation as a custodian for ten years. “A lot of times you have a teacher that is really significant to a student’s life, and if you’re moving constantly… your time with them is very [short].”

Overall, Kern High School District has seen a steady increase in graduation rates: 85 percent for the 2009-10 academic year, up from 75 percent three years earlier. Those numbers are even more impressive considering gains in South Kern buck the statewide trend: There was a 1.7 percent decline in graduation rates in California between 2002-2009, according to a 2012 study, Building a Grad Nation Report, which placed California in the “lagging states” category.

Nationwide, the graduation rate is 75 percent, according to the same report.

While the numbers in South Kern have improved overall, there is a clear pattern emerging as to who is still struggling to graduate from high school.

“The dropout rate is not so much because of academics. It has to do with social issues at home,” says Oscar Guevara, a counselor at nearby Arvin High School. “And that’s where I notice that the ones who have the most difficult time in making the grades are the kids whose parents have the least level of education, who struggle in paying their bills and come from a single parent home. It all boils down to poverty.”

In 2010, 31 percent of children in Kern High School District were below poverty level, a 5 percent increase from 2007.

The study also notes that students living in poverty are more likely to come from a home environment less conducive to academic discipline. This can lead to students falling behind in school.

“When a parent has never graduated from high school… sometimes that real push to get the student to graduate and to study more is not in the home,” says Mike Bhone, Principal at Nueva Continuation. “Many times the parents come home from working in the fields or sheds. They’re tired and don’t feel like helping or making sure their student’s homework is done because they’re cleaning the house or taking care of younger kids — those are challenges.”

For Carolina Velasquez, 17, the early high school years were spent “ditching and hanging out” with friends. “I didn’t learn anything,” she recalls.

Stuck in a rut and seeing no way out, Velasquez eventually decided to move in with family in Mexico. “I just decided to go. I missed my sophomore and junior year entirely,” she says, adding that when she came back she enrolled in Nueva Continuation to make up on lost credits.

Now on track to graduate in 2013, she plans to enroll in a four-year college and eventually wants to become a crime scene investigator.

“We have so many [students] in poverty,” says Bhone, who adds that most are “not afforded certain opportunities… there’s not a computer with internet access so that they can do research, type their papers, or they are English learners.”

Such factors, says Bhone, hold many of these students back. And while the county makes strides in student achievement, he says, it’s as important as ever that every effort be made to ensure that the most vulnerable students are given “every opportunity to graduate from high school.”