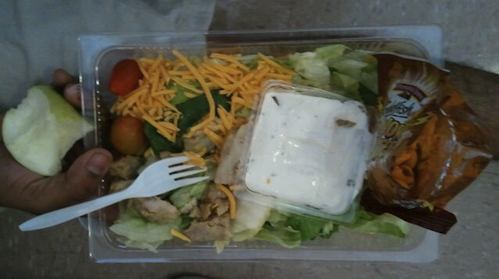 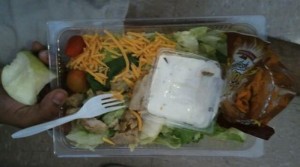 What the reporters found were wide variations in how students grade their new school meals. While none of the school meal programs earned an A, the overwhelming majority of students surveyed – 85 percent – gave them passing grades, and only 13 percent actually handed out F’s.

The findings correlate with those of a formal telephone and internet-conducted survey of students and parents just released by The California Endowment, which found that students and parents in the Golden State prefer the new meals to the old ones, by a ratio of 3 to 1.

The findings also starkly contrast with a report in the New York Times that described the sentiments of some high school students on the East Coast and in Kansas, who are rebelling against the healthier menus on social media, and several others who said they are throwing the food away in preference for chips, cookies and other vending machine options.

New America Media’s youth reporters carried out their peer survey in six California communities – Richmond, Fresno, Merced, South Kern County, Long Beach and the Eastern Coachella Valley — where the vast majority of students attending K-12 public schools qualify for free or subsidized lunch programs. While anecdotal, the interviews – in all, 45 students were surveyed — shed light on what high school students in California are thinking, both positive and critical, about their school lunches.

What exactly do California’s pickiest eaters like most and what do they dislike about their new lunches? What would they change to improve the fare? And how often do they eat school meals?

The youth reporters found some intriguing trends, ones that didn’t always fit the stereotype of junk food-loving, soda-guzzling teenagers. Indeed, if there was one consistent theme, it was an endorsement for fresher food, tastier food, a better variety to choose from and larger portions. None of the students interviewed by NAM mentioned actually throwing their food away. In fact, a number complained that there isn’t enough food being offered and they are often left hungry.

A majority said chicken is their favorite food item — it holds the most flavor, according to students — followed by fruits and vegetables:

“The spicy chicken patty, it’s the only thing with actual flavor. Usually I have to add a bunch of condiments to everything else in order to taste good.”
— Gumaro Vargas, 17, Olive Crest Academy, Coachella

“The spicy chicken burger because it tastes great and the texture has a nice feeling to it.”
— Isidro Gonzalez, 17, Arvin High School, South Kern County

“The best item, I guess I would have to say, is the chicken sandwich.”
— Nancy Her, 16, Edison High School, Fresno

“The salad is my favorite because that seems like the healthiest thing on there. Everything is greasy.”
— Shante Henderson, 16, Wilson Classical High School, Long Beach

“The fruit, because it’s the one thing that seems fresh.”
— Mia Robinson, 17, DeAnza High School, Richmond

“It would probably be the spicy chicken sandwich. It has flavor and its taste is a lot better than the other things served.”
— Juan Rodriguez, 17, Buhach Colony, Atwater

A majority of students interviewed said they would improve on the school lunches by adding more fresh fruits and vegetables, providing more options in general, and improving the presentation. A few said they needed more time to eat, and those paying for their lunch said they would appreciate lower prices:

“I would change the way the food is cooked and use fresh food, not expired or frozen.”
— Isidro Gonzalez. 17, Arvin High School, South Kern County

“I would like to see more fresh fruits and vegetables that are actually meals, not just sides.”
— Thomas Moua, 16, Buhach Colony High School, Merced

“It’s healthy for us, but portion size is not very much so not all students are very satisfied with what they have and they’re not fully satisfied with the selection either. There’s not that big of a selection. Also cheaper food and drinks.”
— Christian Gangler, 15, Wilson Classical High School, Long Beach

“More choices, because it’s not that many.”
— Trinity Jackson, 18, DeAnza High SChool, Richmond

“There’s not a lot for everyone. If you’re a vegetarian, all you have to eat is salad every day, and that’s about it.”
— Shaina Prakash, 16, Edison High School, Fresno

“Something I would like to see improved is since they have yogurt with a piece of bread, that is not actually a plate of food. I think there should be a bigger version included to that plate. Also I would like there to be more vegan and vegetarian food and for the food to be more fresh.”
— Yenesis Reyes, 16, Wilson Classical High School, Long Beach

How often do these teenage food critics take advantage of their school meal program? A majority (71 percent) said they are regular diners (at least 3 times per week), describing the school meals as vital to their diets. More than 50 percent said they eat the school meals every day. Even some of the sharpest critics said the school meals are what keeps them from going hungry:

“Every day, because I get hungry.”
— Brenda Espinoza, 15, Golden Valley High School, Merced

“Only about three times a week, and I only get them from the salad bar, because I don’t like getting them from the cafeteria because I know most of them are high in salt and oil, saturated fats.”
— Naomi Garzon, 17, Edison High School, Fresno

“Every day, because I kind of have to. It’s too much work to prepare lunch in the mornings.”
— Daniel Hernandez, 17, Olive Crest Academy, Coachella

“I eat every day, ‘cause I would starve when I get home.”
— Nancy Her, 16, Edison High School, Fresno

“Hardy ever, because I don’t like it.”
— Mia Robinson, 17, DeAnza High SChool, Richmond

“Only when they have hot dogs, because that’s the only thing I like.”
— Trinity Jackson, 18, DeAnza High School, Richmond

“When I was a junior or freshman I used to eat it every day a week but now I only eat it maybe 3 times a week. To me, it’s the same thing over and over again. It doesn’t even fill me anymore.”
— Abrhajaam Berruecos, 17, Wilson Classical High School, Long Beach

The varied responses are not surprising, given that some schools have the advantage of offering meals cooked from scratch in their own kitchens, and some districts have already invested several years in their healthy school meal programs, while others are only just now getting started.

Students who gave their school lunches the lowest grades (F’s and D’s) tended to come from two urban communities (Richmond and Long Beach), while students in the rural communities were far more likely to put a positive spin on the revamped school menus.

The jury is still out what the long-term impact of the new federal nutrition guidelines on school lunches will be on students. But as the aforementioned anecdotal survey of students in some of California’s poorest school districts show, teenagers — by far the pickiest eaters — not only rely on the meals to stave off hunger, but give the new school lunches passing grades, especially when they’re fresh and tasty.