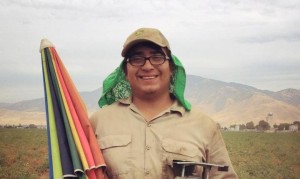 ARVIN, Calif. — This small town in South Kern County is home to many farmworkers, including young college students eager to make some cash during their summer break. And although it may seem strange to those living outside of California’s Central Valley, working in the fields, although physically demanding, can be a gratifying experience for many of them.

Analleli Gallardo, 20, an Arvin High School graduate majoring in women and gender studies at San Francisco State University, has worked in the fields for three straight summers. When asked what keeps her coming back, Gallardo said her primary motivation is the quick money.

“I need as much money as I can get in as little time as possible, because I am a full-time student living off FAFSA (Free Application for Federal Student Aid) money, scholarships, loans and the occasional part-time job. Working in the fields can give me more money faster because we work six days per week, and we work from eight to nine hours a day.” 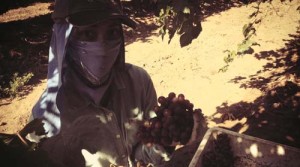 The same reason was given by Christian Contreras, 19, who, like Gallardo, graduated from Arvin High and now works in the fields when he’s home for the summer. During the school year, Contreras studies astronomy at City College of San Francisco.

More than just a paycheck

While farmwork helps students like Gallardo and Contreras make money for their tuition and living expenses, it also gives them a deeper appreciation of where they come from.

“Recently, I learned that my whole family worked in the fields,” said Contreras. “My grandparents were fieldworkers and both my parents worked in the fields while they attended Arvin High School.” Contreras also noted that doing farmwork has helped him improve his Spanish, making him feel that much closer to his roots.

Similarly, Gallardo views her work in the fields as an important reminder of the sacrifices made by her parents.

“I work in the fields to get closer to my parents, to remind myself of the struggles they face daily and as a self-reminder to never take money for granted,” said Gallardo. “Every drop of sweat is money I’ve worked long and hard for. It’s proven to me that my family and every other campesino I’ve worked with are some of the most hard-working, dedicated people I’ve met.”

Despite the positive aspects of farmwork, Gallardo and Contreras have also learned that such physically demanding work can have painful results. 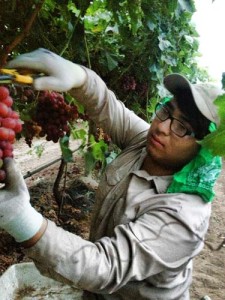 Contreras said he experienced carpal tunnel syndrome in his hands and wrists on his first day of work. “I’m now experiencing lower back pain that I’ve never had before due to the constant lifting of grape boxes,” he added. “I now also experience knee pain from constantly being on my knees while picking. I feel as though my health has gotten worse because of the long exposure to pesticide.” He says the work has had a negative impact on his eating habits: after a long day of intense physical work in the fields, he often doesn’t have the energy to cook healthy meals.

Despite the negative health impacts on his body, Contreras believes the experience he’s gained has been worth it, giving him a deeper understanding of and appreciation for the people in his small community.

Gallardo and Contreras say their experience in the fields has had a definite and dramatic impact on their college experience.

“Working in the fields has just made me realize how privileged and lucky I am to go to college,” said Gallardo. “Many people such as undocumented or homeless youth don’t receive that opportunity as easily. Many people are basically forced to work in the fields to provide food on the table for their family—some of those people being younger than me.”

Contreras adds that farmwork has enhanced his college experience by teaching him that he is capable of achieving anything he sets his mind to. Farmwork, he said, has motivated him to be a good student, to seek a rewarding and successful career, to value basic living necessities, and to search for other means of financial aid to cover some of his financial burdens.

Fieldwork, he said, “also taught me to remember where I’m from—no matter if I’m studying in San Francisco or New York. My roots are here in Arvin, with farmworkers.”