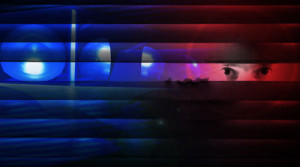 I’m what many students would consider to be a nerd, geek, dweeb, or whatever term you prefer. My credentials include: doing well in school, reading, following politics, enjoying comics, and being an overall quiet person. Combined with my not-so-intimidating build and my glasses, you get the description of a typical high school nerd. I am by no means a misanthrope, however, that’s how I was perceived by my schoolmates. And that, in turn, made me easy game for the predators of the high school jungle: bullies.

I was verbally made fun of and intimidated to the point of becoming a submissive loner. I remember there were two classmates of mine that tried to make my life a living hell by adopting an attitude right out of the movie “Mean Girls.” Every other day they felt the need to remind me how much of a loser I was.  How my ears were too big, and my jokes were stupid. When the time came for me to switch from my private middle school to the public Arvin High, they told me how I would never fit in.

Eventually, the old bullies grew bored of me and others would take up the torch of being my personal bully. Sophomore year English was a class I enjoyed, with the exception of a student we’re going to call ‘Frank.’ After the class grades had been posted for the quarter, Frank had noticed that next to my name was the highest grade in the class. He, being a go-getter, thought that he should remind me that I was a loser, just in case I was starting to feel good about myself.

He put his hands on my desk and stared down at me. Considering he was (and still is) much larger than I am, I really couldn’t move him. He let out a condescending smile and said, “Hey Malcolm, good job with the grade. Too bad you don’t have any friends to share your accomplishment with.”

And I just sat there staring at my desk. Every part of me just wanted to make a witty retort such as, ‘Good thing you have friends. They can make you feel better about your F.’ Or maybe something like, ‘You can speak? It’s just that your grade says otherwise.’

But of course, I was too scared to do anything about it.

And so, I went into high school an alien.  I was alone for the first two years of high school, with the exception of the few friends I had. And because I received a constant dose of insults, I remained an alien. I was too afraid to interact with others who I expected to treat me the same as my bullies.

I looked forward to going home and shutting the door because I knew no one could follow me into my room where I did my homework and watched TV. But I knew that every day I would have to return to the same school, with the same people, and receive the same treatment like I always did. And even though I never received a beating for my lunch money or received a swirly from the high school football team, I dreaded going to school, nonetheless.

Because I was on the receiving end of all those insults I mentioned earlier, I couldn’t allow myself to do a lot of the things I wanted to do. I wanted to play tennis, sing, perform in the talent show, but I managed to convince myself that I was too stupid, ugly, or weak to do anything. Those students that insulted me finally got their wish. The things they said about me came true, and I was too afraid of what would happen if I ever tried to prove them wrong.

But then something miraculous happened. Junior year, I began to be accepted by more groups of students. My social circle grew. I joined the tennis team. Senior year, I joined the choir and performed so well that I was invited to join the advanced choir class. I did what my bullies said I couldn’t, and now, I feel good writing my story, knowing I am content with where I am in life right now.

While my bullies spent their time chatting with friends about how much of a loser I was, I spent my time dedicated toward ventures that paid off in my attempt to gain admission to a great college. In short, being bullied sucks, but all it takes is a little push to negate its effects altogether.