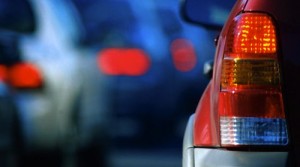 By Anonymous for South Kern Sol

Editor’s Note: California Governor Jerry Brown recently signed into law a bill (AB60) that will allow undocumented immigrants to have driver’s licenses, making it potentially safer for those immigrants to drive without fear of deportation. The author of this piece wished to keep their identity and that of their family members anonymous, so aliases were used.

ARVIN, Calif. — It is often said that family is everything in life, and in that sense I am fortunate to have grown up in a family of nine brothers and sisters. Life wasn’t always easy for us, but we lived comfortably and most importantly, we were happy. But everything changed three years ago, when my 22-year-old sister was deported to Mexico. Ever since, my family and I have lived with such emptiness in our hearts.

My parents brought us from Michoacán, Mexico, to Arvin, California, in 2001. I was in the second grade and my sister, Blanca (who would later be deported), was 12-years-old. When we arrived here, my dad immediately got a job working in the fields.

Our nightmare began on a Friday in December 2010. I was walking home from Arvin High School with my sister, Marylou. We were talking about going to dinner with Blanca and my other sister, Samantha, since we hadn’t seen them in a while. A few minutes into our conversation, Marylou got a call from Samantha with some frightening news: Blanca had been arrested.

I felt the blood rush through my body, and for what seemed like an eternity, my whole world stopped. All I could hear was the panicking beat of my heart. The rest of our walk felt like the longest walk home I’d ever had. I remember hoping that maybe, by the time I got home, things would be all better. But that wasn’t the case.

My family had always feared law enforcement because we were undocumented. Any mistake we made could have meant deportation for us. But when my sister Blanca showed up with a ticket in her hand for a broken taillight – which she hadn’t thought was broken – we didn’t worry about it much because my brother had once gotten a speeding ticket and had paid it, without any further repercussions. Little did we know then that Blanca’s ticket would profoundly change her life, and ours.

The week after Blanca was pulled over for the supposedly broken taillight, she went to the courthouse to check on the status of her ticket. To her surprise, the ticket wasn’t in the system. In the following weeks, she began to wonder whether the cop had forgotten to report the ticket, until one day she received a notice in the mail telling her to come to the courthouse to resolve it.

The very next day, after her class at Bakersfield College, my sister headed back to the Kern County Courthouse in Bakersfield. When she arrived she was met with an arrest warrant, and handcuffed.

At first I’d thought it was all just a big mistake, that my sister was the victim of a glitch in the system. But then I learned that what happened to my sister has happened to others. According to the American Civil Liberties Union (ACLU):

“S-Comm has led to the deportation of over 92,000 California residents as of January 2013 – more than any other state. Contrary to the program’s stated goal of prioritizing serious felony offenses, the vast majority of those deported, about 7 out of 10, are categorized by ICE as either ‘non-criminals’ or individuals with lesser offenses, including traffic violations.”

There was a time when I admired the fairness of our government and justice system. Yet after seeing what happened to my sister, my views have changed. My sister’s taillight was not broken. Could the “broken taillight” have been an excuse made up by the officer to pull over my sister and check her immigration status?

After she spent about two weeks in jail, without visits from family members, and after countless meetings with lawyers, my sister realized that it would be far too costly to hire a lawyer to fight her case, so she agreed to a voluntary deportation.

Not having my sister here with me while I finished my senior year, or during my first year at Bakersfield College, has created a dark and empty hole in my heart. I haven’t been able to hug my sister, spend a day with her, or simply have her hold my hand when I had a problem I couldn’t face alone. There are nights when all I can do is think about her. I cry, and my sadness turns to anger. I’m angry at the fact that my sister was torn from me without letting me say good-bye or spend time with her before she left.

When I found out last year that President Obama had issued Deferred Action for Childhood Arrivals (DACA), granting temporary legal status to those of us who arrived here as children, it was a bittersweet moment because I knew it was too late for my sister. I thought of how unfortunate she was, given that if she had not been deported, she too would have been able to apply for DACA, just like me and our other two sisters.

I miss her so much, and I’ve never understood why she was the one who had to have this horrific experience.

After being deported, my sister was able to situate herself with a friend of one of my siblings in Mexico, and they have been kind enough to take her in as one of their own. But it doesn’t take away the fact that she has been without her own family — to be there on her birthday, Christmas, or to see the birth of her nephews. The amazing thing is that she hasn’t lost her smile. I maintain hope that she will soon see her family again.