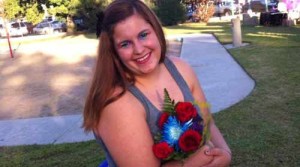 BAKERSFIELD, Calif. — While national LGBTQ organizations are joining forces with immigrant rights activists to push for immigration reform, in the conservative town of Bakersfield, Calif., the two groups remain more divided than ever.

With so much at stake, it would seem that immigrant rights activists would be looking for any opportunity to build a larger base of constituents to pressure McCarthy. But they have not joined forces with LGBTQ rights organizers to push for immigration reform.

That strategy may work in liberal-leaning cities like New York and San Francisco. But can an LGBTQ-immigrant alliance work in a conservative setting like Bakersfield?

Advocates here aren’t so sure.

They credit the separation between the immigrant and LGBTQ communities to the conservative and religious tone of Kern County.

“Dolores Huerta has come out in support of the LGBT community, but I have not seen the general immigrant community come out in support,” says Daniel Landeros, a 32-year-old community activist with Organized for Action, a local organization fighting for immigration reform. Landeros, who has been openly gay since he was 14 years old, believes that his friends and family have been supportive of him because of their progressive attitudes, attitudes that he believes are not shared by more recent immigrants. Landeros’ family immigrated to the U.S. years ago; he’s a third generation American.

Daniela Miramontes, a 19-year-old lesbian student at Bakersfield College who has been granted Deferred Action for Childhood Arrivals (DACA), disagrees. Miramontes believes that the local LGBTQ community has been supportive of her undocumented status. “I have been able to meet the greatest supporters in the LGBTQ community and I can easily say that they were the most open people to accept who I am in my entirety,” she says.

During her high school years, she says, some of her peers would make rude remarks regarding her sexual orientation. “The worst it has gotten is one time someone put gum in my hair as they uttered a really derogatory word during a history class.” But the discrimination went both ways. “My girlfriend at the time actually broke up with me because she thought I only wanted her ‘papers,’ even though gay marriage wasn’t event legal yet!”

According to Miramontes, some immigrant community members use their religious views to justify their inability to accept the LGBTQ community. “I know that no matter what, I need to love my undocumented family, support them, and keep fighting for them,” she says. “However, it hurts to know that some of them still are not 100 percent supportive of the LGBTQ community.”

Local community activist and CSU Bakersfield student Daniel, who declined to give his last name, has been working on immigration related issues in Kern County and statewide. “I am aware that there are many LGBTQ undocumented individuals out there but I think immigration reform and gay rights are two issues that shouldn’t be combined right now because we are definitely going to lose many supporters, including conservative politicians who may be considering supporting immigration reform,” Daniel says. “I think those are two separate issues.”

But the separation between immigrant and LGBTQ communities may have weakened the political power and overall effectiveness of both communities in Kern County, says Landeros. Most organizations that are immigration or LGBTQ related only focus on one issue, he says, instead of becoming informed about what other issues affect their respective communities. In terms of immigration reform, Landeros strongly believes that, “There’s power in numbers; groups need to come together and unite in the fight for immigration reform.”

Meanwhile, Miramontes and other local activists have been working to convince Representative McCarthy to come out in support of comprehensive immigration reform. This summer Miramontes took part in a demonstration at McCarthy’s office organized by The Bridge Project. At the demonstration, Miramontes directed her comments to McCarthy himself in front of news cameras, asking the representative to extend to her the same opportunities that have been provided to his own son, whom Miramontes went to high school with.

Landeros says visibility like this is key. He says prominent figures in Kern County need to start publicly voicing their support of immigration reform. “They need to be visible supporters if they wish to make a real, lasting change.”

But given Kern County’s conservative political climate, it isn’t hard to imagine how difficult it may be for some individuals to voice support for immigration reform and LGBTQ rights, let alone to come out as a member of one or both communities.

“If I was undocumented — straight or LGBT — I wouldn’t say it very loudly in Kern County,” says Whitney Wedell, chair of the non-profit organization Bakersfield LGBTQ.

This article was produced as part of New America Media’s LGBT immigration reporting fellowship sponsored by the Four Freedoms Fund.