Latino and a Vegan in Kern County 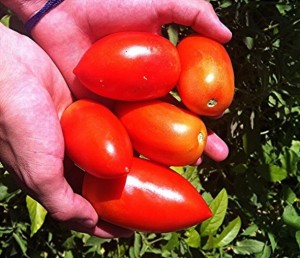 By Alfredo Camacho and Daniel Jimenez for South Kern Sol

While studying at Cal State, Chico, I adopted a vegan lifestyle to help me combat a health issue I was experiencing.  But ever since I came back to my hometown of Bakersfield, I have found it very hard to maintain my vegan diet living in this city.

Vegan means avoiding the consumption of anything derived from animal products. Depending on one’s needs or lifestyle choices, this could simply mean eliminating animal products such as eggs, butter, milk, and meat from their daily diet. For those more dedicated, this means also avoiding clothing, health and beauty products, or even condoms, if they’re made from animal products.

When I began experiencing near constant heartburn, which at night backed up into my esophagus, it caused a complete disruption to my school and work life around the summer of 2010. I was told at my university’s health center that the problem might be dietary, and before expensive medication, that I should try changing up my diet to diminish my acid reflux.

Now my diet wasn’t awful, it just wasn’t very varied and contained of a lot of meats, animal fats and animal products. So first I cut out meats and then gradually reduced my intake of dairy and animal products until I went from being an omnivore, to vegetarian, and finally vegan.

The transition was at first difficult, given the way one is raised in a Latino culture to perceive food. Perhaps the most influential rule is one learned from early on in childhood.  Parents will admonish children with “no te paras hasta que termínes,” which translates to “you don’t leave the dinner table until you finish all your dinner.” This creates an internalized need to eat when you might not want, or even need, to finish whatever is on your plate.

And for Latinos, the meals that you reluctantly forced down as a child are inseparable from meat and animal products: beans might be refried in pork grease, chicken stock is the base for almost all salsas and rice, and no meal is considered complete or filling without a hearty portion of meat, which differs from other cultures, like Thai or Indian, where the core of the meal comes from a starch, like rice, and vegetables and meat is a considered a special garnish to that core. Combined, these three meat-based Latino traditions create life-long eating habits that made my decision to avoid meat and animal products a difficult feat.

But things are different in Bakersfield. Besides cultural pressures to eating meat and other animal-derived products, there’s almost a social animosity toward vegetarians and vegans. Going out to eat with family and friends is much more difficult, because few restaurants explicitly offer vegan and vegetarian options. I even have to constantly explain the between vegetarianism and veganism, something that was commonly understood in Chico.

For someone with a plant-based diet, it can be expensive to buy a constant stream of fresh produce from markets. Chico, which is a town of about 80,000 people, had four to five farmers’ markets throughout the year, one of which involved shutting down downtown to allow food vendors, street performers, and farmer’s space to sell and entertain market-goers. Bakersfield, a city of 350,000, has to my knowledge; few farmers’ markets and they are very expensive.

In readjusting to life in Bakersfield, I’ve had to become an “unorthodox vegetarian.” I still avoid meat, especially red meats, but I’ve had to relax avoiding animal products altogether and at times will eat fish or, if I absolutely must, a little bit of chicken. My acid reflux has come back, but not quite as pronounced as before. With time, I hope to be able to restore diet for my health and my future, no matter where I live.

Alfredo Camacho lives in Bakersfield, Calif., and works as a reporter for South Kern Sol.

Taking a Stand Against the Meat-Industry

“You are vegan and Latino? How could that be possible?”  That is the question I hear the most often when people find out that I do not eat meat, fish, eggs, or milk, or anything that comes from an animal.

I was born in Sinaloa, Mexico. Sinaloa is neighbored by the Pacific Ocean and the fish industry is really big over there. Seafood, meat, and other animal products have become an essential part of my culture. Up to this day I have not met a person from Sinaloa that would not eat seafood; most people have not even heard the word ‘vegan’ before.

I used to love meat, and seafood was my favorite. It never crossed my mind to become a vegetarian, and vegan was definitely out sight. To me the word ‘vegan’ meant something radical, unhealthy and extreme.

It wasn’t until I became aware of the injustice towards animals that go on in the meat industries, the terrible way animals are abused and neglected that I decided to make a change in my lifestyle. Being an active member of my community and learning about Cesar Chavez and his revolutionary yet compassionate ideologies also motivated me to become vegan.

Cesar Chavez was a labor leader and civil rights activist and strongly believed in human rights as well as animal rights. He was a vegetarian himself before fully adapting a vegan lifestyle.

He was quoted saying, “I became a vegetarian after realizing that animals feel afraid, cold, hungry and unhappy like we do. I feel very deeply about vegetarianism and the animal kingdom. It was my dog Boycott, which led me to question the right of humans to eat other sentient beings.”

Lastly, I became conscious of the complications of eating an ‘animal-based’ diet and the negative impacts that has on our health. Some members of my family have cardiovascular diseases mostly caused by their eating habits. I did not want to have to go through countless doctor visits and surgeries when I grow older.

Making this change in my diet two years ago has been one of the best decisions I have ever made. I feel great mentally and physically, and honestly, being vegan is not as hard and expensive as some people believe it is. There are plenty of vegan foods that are rich with protein, vitamins, iron, calcium, and healthy fats. Foods such as black beans, avocados, quinoa, peas, lentils, spinach, seeds, tofu, potato, soy or almond milk, and many other delicious foods.

Kern County is definitely not the most vegan/vegetarian friendly place out there, and it is no different in my hometown of Taft, Calif., a small rural town Southeast of Bakersfield where many people are not familiar or aware of veganism. In Taft or Bakersfield there are not many vegan alternatives or restaurants to choose from, but there are some. For example when I go out to eat, I always try to eat Thai, Vietnamese, Hindu, or even some Mexican restaurants because they have vegan/vegetarian alternatives.

I also try to buy less from the store and eat more organic foods. I do this by taking advantage of our fertile grounds and planting my own vegetable garden where I harvest corn, onions, spinach, peas, squash, cilantro, tomatoes, beets, peppers and more.

Daniel Jimenez lives in Taft, Calif., and is a Senior at CSU, Bakersfield majoring in Communications. He also works as a reporter for South Kern Sol.