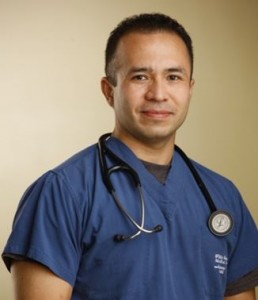 Can you tell us a little about yourself, where did you grow up?

I grew up in Baldwin Park. It was my younger brother and I. My dad is from Sinaloa and my mom is from San Luis Potosí. They came to the United States in 1977 when my mom was 19-years-old, and my dad was 20.

I was a first-generation college student, and I didn’t know much about college. I did get lucky to get into UCLA, and it was because of a lot of support from my teachers.

When did you know you wanted to become a doctor?

One day, while I was doing my undergrad at UCLA, our health club invited a speaker. He was a Latino Doctor who opened my mind; it made me feel like I could be a doctor too. I didn’t know the pathway, but I had a vision. From there, a lot of mentoring and motivation took place. That’s when I thought, “Okay I can probably do it too.” I was able to get into UCLA Medical School, and I graduated in 2006.

How did you end up in Porterville?

During my residency program at UCLA there was another doctor I worked with that lived in Porterville. He told me he wanted to open a clinic there. He said there was a high need there, and that clinics were closing down because doctors there were about to retire. I thought it was a great opportunity.

What made you start mentoring students? 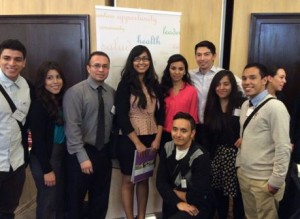 One of the things that helped me when I was going through medical school was talking to people who had gone through the same process that I was going through. Now that I am a doctor I want to be there to motivate students. A lot of students we have mentored have become doctors. A group of doctors and I started Mi Mentor, an organization that gives scholarships to students who want to become doctors.

Given how hard it is for the Central Valley to attract doctors, do you think that some of those local students you are mentoring are likely to come back and practice here?

We mentor them mostly to support them through the process of medical school. Some of them end up in different places, but most of them do come back and give back to the community.

Did you have a mentor when you were growing up?

My mentor was my mom. She told me to keep studying. She pushed me.

In high school there was a teacher that helped me with my applications. It was a teacher who went out of her way to help me. She motivated me. Motivation is what everyone needs to keep going.

What would you tell youth that want to become doctors?

There’s a very high possibility that you can do it. Don’t be afraid to ask questions. Try shadowing a doctor for a day.