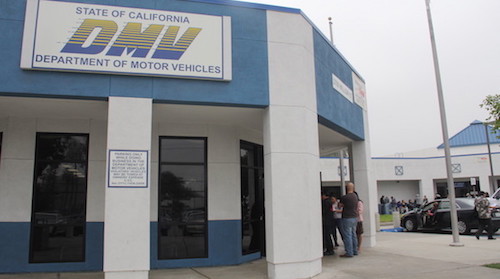 “It’s like not having one leg and waking up one day and having it,” Flores said at a recent workshop where he was lauded as “the first in Lamont” to get a driver’s license under AB60. “Often I wouldn’t take myself or my kids to the doctor, even if we were sick in the middle of the night, for fear of being pulled over.”

The workshop, hosted by 5th District Supervisor Leticia Perez, was the second forum to educate community members about the new law that went into effect in January. The first workshop was hosted last month by Assemblymember Rudy Salas.

Together with officials from the California Department of Insurance, the Consulate of Mexico and California Highway Patrol, Salas’ workshop provided the 100 attendees with information on what they can do to prepare for the driver’s test.

Residents must first gather their documents establishing their foreign identity and California residency. All outstanding tickets must be paid. Once they are prepared for the test and have the appropriate documents, they can visit the DMV and apply. At the DMV, they submit their documents, a fee of $33, and an application form. They also must complete the driver’s exam and vision test in addition to getting their photo and thumb prints taken.

Arturo Perez, 50, is a resident of Bakersfield who says the new licenses are a welcome relief but that his suspicions remain.

“I feel relieved. I can finally drive to work or do errands feeling safe knowing they can’t take my car away,” said Perez, who is originally from Mexico.

But Perez, like many in the audience, was concerned about the fact that his driver’s license would have a mark indicating his immigration status. It’s a concern endemic to the community.

“The [CHP] officer said they wouldn’t look if the licenses were marked, but just this past Friday, I was hearing that they’ll be using [legal status] in descriptions of suspects, so I’m not sure,” said Perez.

CHP officials confirmed that they would not use the mark to process undocumented license holders for deportation, in accordance with California’s Trust Act, which restricts who state and local authorities can hold for deportation at the request of federal immigration agents. However, Kern County law enforcement has been among several counties across the state that have been recalcitrant in applying the Trust Act.

Uncertainties open the door for fraud

According to Adrián Rodríguez, an officer with Fresno’s Mexican Consulate, uncertainty about the new law is creating an opportunity for scammers to cheat anxious drivers. He cautions people against any offers of bypassing waiting lists or giving special “insider” information.

“People must seek official information from the consulate or the DMV,” said Rodríguez. “Already you have unscrupulous people offering to put people higher up on a [waiting] list for a fee, which is obviously fraud.”

Getting fast-tracked in the bureaucratic process could be an appealing option for many immigrants from Mexico in South Kern who must travel to gather their passports from the Mexican Consulate in Fresno.

Recognizing the hurdle, Rodriguez announced the consulate would be stepping up its outreach efforts.

“For those people who can’t make the trip to Fresno, we are deploying officials in ‘mobile consulate offices’ to serve around 200 cities and towns throughout the entire Central Valley to reduce the impediment of obtaining identification (passports, IDs) from the consulate; it’s something as Mexicans you have a right to obtain and it’s a mission we take seriously,” said Rodríguez.

Rodríguez said the consulate has doubled its staff to meet the spike in demand for birth certificates, identification cards and passports and is extending its service hours from 8 am to 9 pm and opening additional hours on the last Saturday of every month.

For the DMV’s part, Mata reminded applicants that once they are able to secure the necessary documents from the consulate, they still have an exam waiting for them.

“The most important thing is that you study what’s in the drivers’ manual. Even if you’ve already been driving for years and think you know how, you must study,” said Mata. “Ninety percent of applicants for licenses fail the first attempt on the written exam; you don’t want to go through this only to be stalled by the exam.”

Ivan Flores said he had to apply himself diligently and consistently to pass the exam.

“I studied the book for about four months on a daily basis, attending workshops. The more information you have the better,” said Flores.

But some locals say the difficulties that Californians have long had taking the written exam could be compounded by various factors unique to undocumented workers.

Selene Hipolito is one beneficiary of AB60 who says the translation of the driver’s manual was inadequate for learning the rules of the road.

“The translation is confusing and not many people understand the vocabulary in it,” said Hipolito. “When I read it in English, I understood it perfectly but when I read it in Spanish, the questions required more thought because the translations aren’t entirely accurate.”

Victor Hugo, who got his licenses through AB60, says that knowing how to study for a test like this is something that most Californians would have picked up in school.

“Many in our community simply didn’t have the opportunity to continue their education past grade school,” explains Hugo. “So perhaps they don’t have the first-hand experience to take an exam or even the study habits to study for such an exam.”

Even using a computer can be daunting for some, added Ermilio García, a United Farmworkers Foundation volunteer.

“What is most difficult is that the majority who are taking this exam are adults, and before the exam was on paper but now it’s on computer and not all of us can use one,” said Garcia. “You also have mostly field workers from the valley who don’t all have computers.”