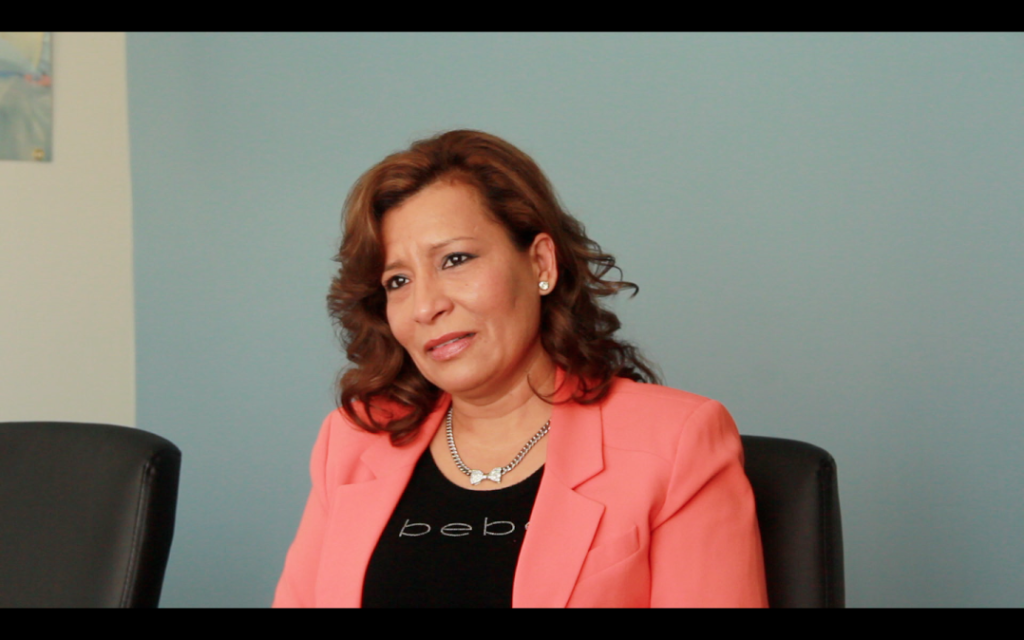 Last October, Sara Sanchez found herself being wheeled into an operating room by doctors from the organization Cirugía Sin Fronteras (Surgery Without Borders).

“I told Dr. [Jorge] Enriquez, ‘You’re my guardian angel,’ when they were taking me to the operating room,” said Sanchez. “He said that they’d take care of everything and that it’d be fine.”

Sanchez, a working mother of three from Greenfield, ended up in the Emergency Room when she felt pain and discomfort that was too severe to ignore.

“I started feeling very ill, a pain around my stomach and extending toward my back, as well as down toward an ovary,” said Sanchez. “I experienced this for about six months. It began impeding my work life. I couldn’t lift heavy objects,” she said.

As an employee of Costco on Panama Lane, the pain threatened her livelihood, and she knew she needed to see a doctor.

But she didn’t have health insurance. She made too much money to qualify for MediCal, while the cost of insuring herself and her whole family was too high through ACA.

“Insurance is too high for our budget. We can’t keep up with yet another bill,” said Sanchez. “I’m only part-time so I don’t get benefits.”

“A friend recommended the program to me when I ended up in the hospital,” said Sanchez. “The surgery I needed was going to cost thousands and thousands. The process [with Surgery Without Borders] was so quick and the price was so reasonable.”

Surgery Without Borders’s mission is to make health care more accessible in a community that, despite living in the wealthiest country on earth, can’t get the health care they need.

Sanchez is one of hundreds of clients who have been able to take advantage of the group’s low-cost surgery options. Surgery Without Borders, which exclusively serves patients without health insurance, has served 660 patents since the organization started in 2011. Of those, 49 were from Lamont, 48 from Arvin, 167 from the 93307 zip code covering southern and southeastern Bakersfield, and 54 from Greenfield.

The organization, which is not affiliated with Doctors Without Borders, is able to provide low-cost, life-saving surgeries as a result of the way it’s structured: its corporation brings together a network of health care professionals throughout Kern County. The corporation is funded through a non-profit foundation.

“First we created CSF, the corporation, where we organized our team and negotiated with area hospitals. San Joaquin was our first,” said Karla Terrazas, director for CSF. “Once we had confirmed the doctors, hospitals, laboratories, and so on, we began seeing how everything worked, and it was after a year that we found that it was working well, so we launched the non-profit foundation.”

The foundation also raises additional funds to assist those patients who have financial difficulty for the low-cost surgeries.

“We have had patients who were operated on using funds from the foundation, and those come from donors,” said Terrazas.

Those seeking assistance from Surgery Without Borders must undergo preliminary tests, all at low or no cost. It was through these required tests that Sanchez learned she would need not just one surgery, but three.

“They did more analyses and found more problems and the surgeries were urgent,” said Sanchez. “I needed surgery in my gallbladder, an appendectomy, and a partial hysterectomy.”

Sanchez had ovarian cysts, gallstones, and fibromyalgia requiring a hysterectomy. To maintain costs as low as possible, two doctors performed the necessary surgeries in one session.

“We talked about it and if I would have had more than one surgery in the Emergency Room, it would have come out to about $50,000,” said Sanchez. “But with Surgery Without Borders, it was $7,000, and they even offer financing plans if you can’t pay it all off at once.”

“Normally, doctors might subject the patient to one surgery, go through post-op care, wait three months, then do the next,” explained Terrazas. “But that’s more money. So long as the patient’s life and health are not put at risk, we try and minimize the number of surgeries for our patients to save them money.”

Sanchez recommends the program to any families struggling with health issues that they can’t afford to treat.

For Terrazas, providing affordable health care is about more than just health.

“Where there is no health, there’s no education. People who are ill can’t receive education,” said Terrazas. “It’s a political question that’s affecting people’s lives for the worse.”