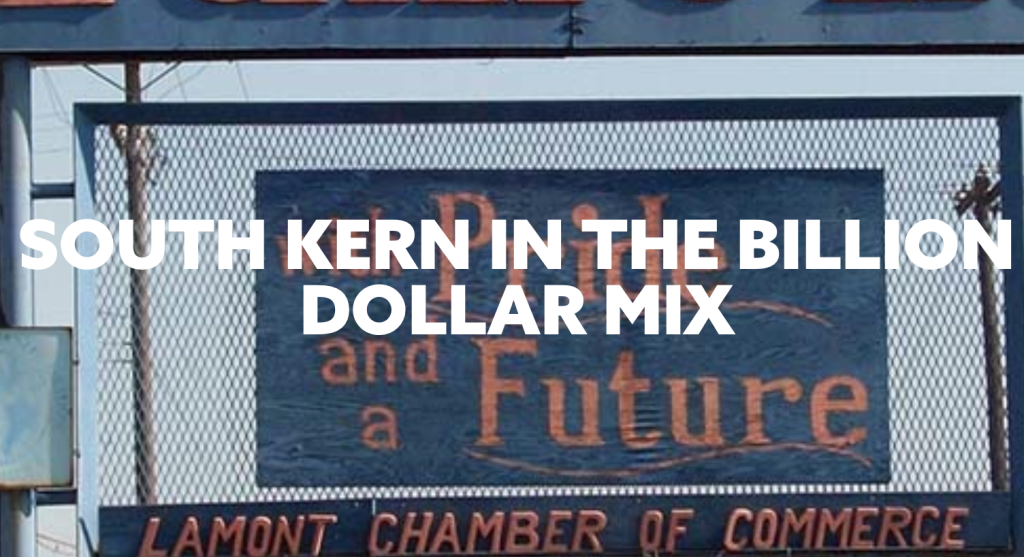 How do you spend $1 billion dollars?  That’s the question The California Endowment (TCE), the state’s largest health foundation, had to answer.  In 2010, TCE committed $1 billion dollars in a ten-year period, 2010-2020, in a strategic investment in Building Healthy Communities (BHC) in 14 of the state’s highest needs communities.  These communities started from Del Norte County near the Oregon border to City Heights near the Mexican border, and included such well-known poverty areas as East Salinas, East Oakland, Southeast Santa Ana, as well as South Kern, made up of Arvin, Lamont, Weedpatch and Greenfield areas.

TCE selected the 14 BHC sites using a number of critical indicators — health outcomes such as Type 2 diabetes, poverty rates and employment statistics, and educational attainment among adults and children.  TCE also considered geographic diversity — rural and urban — and ethnic diversity. Another consideration was any previous grant-making experience in the region, and the capacity of potential grantees to effect change. The political will and capacity to organize and develop grassroots leadership was also a significant factor in site selection.

To set the stage for the BHC campaign, California and the entire nation was treeling from the Great Recession of 2008. California’s budget was in the tank, while Washington was trapped in political gridlock of historic proportions.  By 2010 the state, while still in critical condition, was coming out of intensive care and TCE sought then to initiate a new and daring program. TCE would improve health delivery systems by moving policies, practices, and power dynamics, to improve the environment, education, and social and economic outcomes. The rationale was that these social determinants of health are often at the root of poor health and health disparities.

The plan was based on the premise that health is much more than just health care, and that whatever success the project had in the 14 communities, the findings and practices would not end in those communities, but be spread throughout the state, and even the nation. And finally, BHC should d
monstrate that Just Health is about more than just policy change — it is about long-lasting civic capacity.

At the midway point of Building Healthy Communities and with an expenditure of nearly half a billion dollars, dramatic changes are being seen in targeted communities where numerous community organizat
ions and thousands of individuals have had a serious and constructive impact on the education, environment, safety levels, and economic conditions that have all aided in improving the health of the community.

In South Kern, groups pressured the Board of Supervisors to revoke a permit and fine a recycling center, which was a chronic polluter. In Del Norte, Native American groups pressured to have healthy lunches provided for needy school children. In South Los Angeles, school officials were forced to change how truancy tickets were used in the school district. And in Richmond, a coalition of Black and Latino organizations opposed the Sheriff’s plan to expand the prison system, and got the Police Chi
ef to oppose the Sheriff and support their proposal for a re-entry program instead.

Conditions in the 14 BHC communities share much in common. With the exception of Del Norte (Native American), Latinos make up the single largest ethnic group at all sites. In Coachella, Boyle Heights and South Santa Ana they are 90 percent. In South Kern they are 79 percent.  African Americans make up the largest group (39 percent) in East Oakland and Richmond.

Thirteen sites have large immigrant populations with 54 percent in Central Santa Ana.  South Kern has a 61 percent immigrant population, made up of Mexicans, Salvadorans, Guatemalans and East Indians.  This is a key figure, not only in these locations, but in all of the sites. TCE believes that the Building Healthy Communities sites reflect “the next California.”

Statistics for youth in the 14 BHC sites are ominous: low graduation rates, diminishing economic and academic opportunities, higher rates of dietary-related diseases, and a higher incidence of violence are all too common for youth in the BHC sites. Some of the locations among the 14 sites are serious danger zones for youth in the communities.  Recent studies in the National Journal indicate that Kern County has the lowest high school graduation rate of Latinos in the country, at only 50 percent. Likewise, it is the lowest in the nation when it comes to Latinos with bachelor’s degrees, at 5 percent. The educational needs among residents of South Kern are even more serious than the county averages suggest. What does this say about opportunities for good employment, home ownership, safe neighborhoods for children, and good health in general?

Yet, while the statistics and the past conditions are daunting, it is the youth at many of the BHC sites that are leading the efforts for improvement.  They understand that it begins with a good education. Schools serve as hubs for comprehensive change in these rural communities.  In South Kern, for example, family resource centers are based at the schools. These are locations familiar and trusted by the residents. This is where they go to access many of the other services provided by BHC.  The overriding success of the BHC projects is a result of this school to home to individual set up.

Jennifer Wood-Slayton, the BHC hub manager for South Kern, has her offices located at the Lamont School District site. “People feel comfortable coming here. They can access health support, nutrition benefits, and the young people join to get involved in safe parks work, clean air and water monitoring, and much more.”

Much of the work of the BHC youth groups has been dramatic and historic. In Boyle Heights and South Los Angeles, youth are leading and winning the effort to reform school discipline policies. The higher incidence of school suspension of Latino and Black students was challenged by youth organizations.  They were successful in getting the school district to change the policy. Governor Jerry Brown has also signed several bills addressing the punitive school discipline issue.  In South Kern, youth and community groups are participating in a current law suit filed against the Kern High School District for its over-zealous suspension of minority students.  This is just another instance where one local issue has spread across the state addressing similar problems.

As one TCE program manager put it, “This wasn’t about an outside organization saying, Hhey system leaders, this is what you should be doing.’  It was the voices of the youth themselves saying this is what I am experiencing, this is what I need.”  Students are talking to one another, going to the power broker — principals, local politicians, school board members, to make their points.  They seek to clean up public parks, improve community lighting, provide recreation and learning centers, improve diets for poverty students. South Kern, because it is a rural area that leads the nation in so many negative ways — polluted air, low education levels, lack of health insurance, unemployment and low wage employment, poor health conditions — has a tremendous job ahead of it.  But TCE is aware of this and that is why it was selected as a site for Building Healthy Communities.  The work is well underway.

The Goals of Building Healthy Communities

The California Endowment has undertaken a major program — an expansive and inclusive vision for healthy communities in all of California. But getting there with a program that benefits everyone requires starting in the communities with the greatest health disparities. These communities represent the future of California because they are younger than the general population of the region and the state.

Annalisa Robles, a Bakersfield Native and now a Program Manager for the Endowment, travels the state, facilitating partnerships, developing strategy and offering support.  She spends a great deal of time in South Kern and is very optimistic.  “For far too long, residents of South Kern have experienced generations of poverty, trauma and discrimination.  When communities feel marginalized they feel powerless.  Th
rough Building Healthy Communities—South Kern, residents and particularly youth are finding their voice to take collective action, hold decision-makers accountable and partner to bring transformative change for all.”

TCE believes that the path to better health goes through a process where improving the education, the social structure, and the economy
of these communities is necessary to reach a goal of healthier communities. Clearly, the dollar investment of TCE has already brought thousands of people into the process of participating, as leaders and recipients of the changing and improving conditions. While the project is at mid-way point, it is clear that BHC is off to a tremendously successful beginning.

Ray Gonzales (pictured below) is a retired California State University Professor who also served in the State Legislature; U.S. Diplomatic Service; Director of Recruitment for U.S. Peace Corps, and currently serves on the Bakersfield City Schol District Board. Over 250 published articles and latest book: A Lifetime of Dissent, 2006. 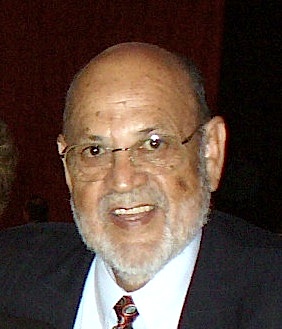