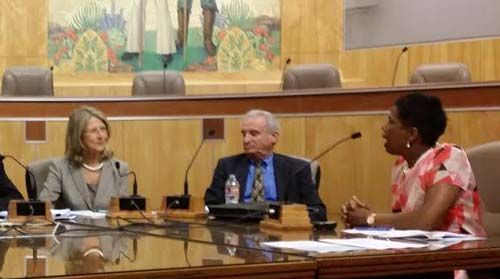 The survey found that sixty-two percent of voters support the law, compared to 56% last year, while 33% oppose it.

And while last year only a slight majority of voters (51%) favored the idea of extending health care coverage to undocumented Californians, this year 58 percent of voters approve, with the strongest support coming from Latinos, followed by African Americans and Asian Americans – findings that bode well for the Health for All bills sponsored by Sen. Ricardo Lara, D-Bell Gardens.

“These findings tell us that Californians value health equity,” said Judy Belk, president and chief executive officer of California Wellness Foundation, which sponsored the poll conducted by telephone in eight languages on a random sampling of 1,555 voters. “There is increasing support for the ACA and a clear desire to be inclusive of all people, including the undocumented, when it comes to health care access.”

And, De Guia noted: “The poll findings also shows that Californians increasingly acknowledge the contribution of immigrants to our state and our economy and are ready to move forward with a policy to provide health care. The support validates our efforts to continue expanding health care services to the undocumented and will be instrumental in our efforts to secure Health For All.”

Views about the ACA have consistently been partisan-based, and this year was no exception. Democrats back the law overwhelmingly (85 percent to 11 percent) while Republicans oppose it by 68 percent to 25 percent.

But this year, for the first time, “majorities of voters in all major regions, all races and ethnicities, and all age groups back the law,” said The Field Poll Senior Vice President Mark DiCamillo. African Americans back the law by 78 percent, followed by Latinos at 71percent and Asian Americans at 66 percent.

The poll also showed that growing majorities of voters also believe California has been successful in meeting ACA’s goals of expanding Medi-Cal, the health insurance program for low-income people, so more low-income residents could enroll in it, and providing consumers with more insurance choices and protections.

But voters remain divided on another ACA goal: limiting the rate increases that insurance companies charge their customers. While 42 percent of voters feel California has been successful in meeting this objective, 44 percent do not.

Indeed, affordability continues to be a top concern. Despite subsidies to those eligible under the Covered California exchange, 52 percent of Latinos report that it is “very difficult” to “somewhat difficult” to pay for health insurance each month, followed by 44 percent of African Americans and 49 percent of Asian Americans. However, only 37 percent of whites shared that view.

At a panel discussion in which health care advocates, state officials and a health care journalist participated following the release of the poll findings, panelists acknowledged that the rising cost of premiums is a cause for concern. State Health and Human Services Secretary Diana Dooley observed that despite the many health care innovations the state has made, they haven’t translated into more affordable health care. Covered California’s executive director Peter Lee opined that rising health care costs is one of the reasons why wages haven’t increased.

But Lee also pointed out that the 12 insurance companies currently selling policies on Covered California have an average annual profit of a mere 1.1 percent. He said if the Medicare rollout back in 1965 is anything to go by, it’s not surprising that health care under the ACA can be made “inexpensive overnight.”

The poll found very strong backing for Medi-Cal, with two in three voters (63%) saying it was important to them and their families, with 45% saying it is very important. Four years ago, only 29 percent felt it was very important.

Nearly a quarter of Asian Americans surveyed say they want to get more information about Covered California in their native language.

The Field Poll has been measuring voter opinions about the ACA in California annually since its passage in 2010. While voter sentiment in the first four years hovered around 52 to 54 percent, the current survey finds supporters now outnumbering opponents nearly two to one.