For One Young Woman, DACA Was a Lifesaver 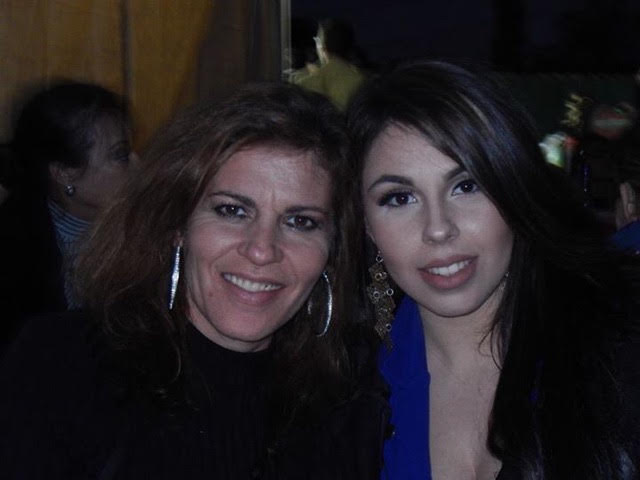 Maria Perez’ mother Gema describes her family’s first years of living in the United States as “very frightening.” Undocumented, they didn’t speak the language and had no friends or relatives nearby.

But for Maria, things felt “normal.”

“When I was little I didn’t really know … I felt like any other kid,” says Maria, 22. “[It was] not until I got into high school, when all my friends were getting jobs, planning to go to college, and driving, that I knew that I couldn’t do any of that. I felt really bummed.”

Maria’s family came to the United States from Mexico in 1995 when Maria was just 5 months old. They have spent the past 13 years living in Bakersfield.

Maria adds that the increasingly harsh rhetoric around undocumented immigrants in recent years compounded her fears and anxieties about her future. “It really hurt,” she says.

Then came DACA, or Deferred Action for Childhood Arrivals, President Obama’s 2012 executive order that grants undocumented immigrants like Maria, who came to the country as children, temporary relief from deportation and the right to work.

“It was amazing, it was surreal. It changed my life completely,” says Maria, whose application was approved in April 2013.

Under DACA, undocumented immigrants are eligible to apply if they arrived in the United States before the age of 16, were under the age of 31 as of June 2012, have been in the country continuously since 2007, have no criminal record and meet certain educational requirements. Since taking effect in 2012, DACA has benefitted over 680,000 people, according to U.S. Citizenship and Immigration Services data.

In 2014, President Obama announced an expanded version of DACA that raised the age cap on eligible applicants, along with a new program for undocumented parents of U.S. citizens or legal permanent residents known as Deferred Action for Parents of Americans (DAPA). Those programs were put on hold by a federal court. The case will now go before the U.S. Supreme Court, which is expected to make its ruling in June.

Maria says she was “ecstatic” after learning that her application had been approved. “I immediately applied for jobs, and then got my license. It was nice to finally be able to drive around and not have to wonder, “‘Oh my God, what if I get pulled over?’”

Maria also found her voice after getting DACA. Before, she says she was afraid to reveal her status to anyone, even her friends. “Now I like to tell my story,” she says, “because maybe they have friends or family that are undocumented. Maybe the people you work with or see on a daily basis are in that situation, and they may qualify for [DACA].”

Getting DACA also opened the door to health care for Maria, who in 2014 learned that she had a tumor in her liver.

Maria’s mom says that because they did not have insurance, her daughter spent countless hours in the emergency room, lost close to 40 pounds and watched in horror as the medical bills mounted.

“She couldn’t eat, she had no hunger, and often times felt really weak,” recalls Gema. “The doctors thought it was appendicitis at first and couldn’t prescribe the right medicine.”

The family learned that DACA recipients in California are eligible to receive MediCal, California’s name for state-administered Medicaid for low-income people. Actually getting Maria enrolled, however, turned out to be a challenge.

“At first they told us that she wouldn’t qualify,” says Gema. “But with the help of Kern Family Health Care representatives, we determined that she qualified. It took months [but] she was able to get the tests and attention that she needed.”

Maria eventually underwent treatment with a full recovery and now works in the medical industry.

“I am currently still going to school, and working as a phlebotomist at Grifols Plasma Center.”

Both Maria and her mother also play an active role in their community as advocates for undocumented residents and DACA.

“To think that DACA’s helped me live and thrive, literally, it’s definitely made me more confident, and just happy,” says Maria. “If you’re waiting to apply, just go for it. It will change your life. I think that it’s given us the opportunity to chase our dreams, and it’s our future.”

This profile was produced for New America Media in collaboration with Ready California (Ready-California.org), a statewide coalition working to ensure that the maximum number of eligible Californians benefit from DACA and DAPA. For more information about how to apply for DACA, go to: www.ilrc.org/daca.