Recess Before Lunch Program Behind Improved Student Health and Behavior 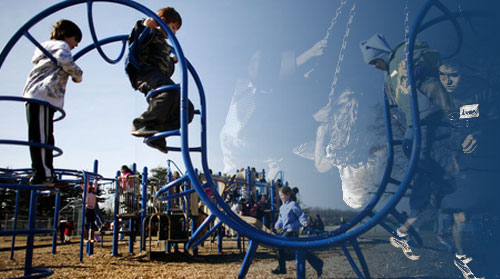 Structured recess consists of 10 minutes of exercise right before lunch. Students gather in stations to do an activity, and once the activity is over they run a lap.

Parent Partners is part of Building Healthy Communities South Kern’s (BHC-SK) initiative and aims to better student well-being in South Kern. Their involvement with the schools allows them to monitor what goes on in schools, and it allows them to see the areas where they believe the schools can improve.

According to the Center’s for Disease Control and Prention, Kern County’s obesity rate is at 60 percent. And according to Kidsdata.org, 44 percent of female and 49 percent of male 5th graders in Kern County schools were overweight or obese in 2015. The people of Parent Partners recognize that and want their kids to not be part of that high percentage.

Contributing factors to obesity is the constant advertisement of unhealthy foods, the lack of physical activity in schools, and the lack of access to healthy products at schools.

Mireles explained that a lot of the food was going to waste, so the idea of recess before lunch was also a way to get students to eat their meals. He said that he thinks it is working.

Parent Partners did a lot of research on the topic of recess before lunch, and even held interviews with teachers asking why there was no physical education teacher.

According to Jennifer Wood-Slayton, of the Lamont Family Resource Center and BHC-SK’s hub manager, the teachers were in charge of having the students do physical activity. She explained that some teachers were good at it, and other teachers weren’t so good at it.

After they compiled the data, they brought it to Ozuna and asked her to think about implementing recess before lunch. Ozuna admitted she was skeptical at first.

“At the beginning, I thought that it’s not going to work, but I will try it,” she said. Since the program began, she added, she has seen an improvement in student behavior.

“What we found out is that our kids have less time to get in trouble. So my referrals during lunch period have gone down,” said Ozuna.

She also said students are becoming healthier and more fit.

According to the 2010-11 School Accountability Report Card for Myrtle, only 3.4 percent of students passed standard fitness tests, compared to 13 percent in the 2014-2015 school year. This is an improvement, but there is a lot of room for improvement as Norris Elementary School in Bakersfield had 63.3 percent of its students pass the test.

When asked what students thought of the structured recess, Ozuna said, “They don’t complain anymore. They used to complain because they didn’t like it. But now they don’t … it’s part of what they do everyday.”

Parent Partners hopes to get other schools in Lamont to implement recess before lunch.

Rocio Armijo, of Parent Partners, said, “Because we saw a difference there, we want to be able to do something so that we can have them at the other school sites. We need our kids to be fit.”

The next step for student health at Myrtle Avenue School is to improve their nutrition class, according to Ozuna.

“We need to improve the nutrition here with our kids because that is where we can make the difference,” said Ozuna.