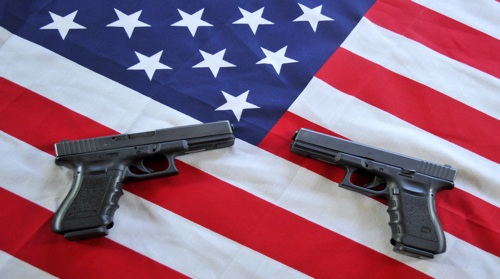 Recently, the Kern High School District Board of Trustees voted to allow non-employees who possess a Carrying Concealed Weapon (CCW) permit to bring firearms onto school campuses and school events if they are approved by the Superintendent.

While the Kern High School District Board of Trustees meetings allow for public comments before the members vote on important policies, trustees at the June 27 meeting seemed to regard this as more of a procedural formality than a requirement; input will not always be thoughtfully considered.

It is alarming that although the trustees listed parent engagement as a priority in their Local Control Accountability Plan drafts,  when actual parents showed up on Monday night to express discontent with the proposed policy, the board seemed to willfully ignore the input of all 10 audience members who spoke.

Those parents, plus teachers, community members, and even a retired police officer spoke against allowing guns on school campuses. Among the different points they made were the complications CCW holders could cause campus security officers; the lax requirements of only eight hours of training to become a licensed CCW holder; and that the inexperience of CCW holders compared to police officers, rendering them unable to provide the “extra layer of safety” Mike Williams said the guns would provide before the meeting.

While the safety of KHSD students and staff was listed as the primary concern of these individuals, the school board seemed more preoccupied with making a pro-Second Amendment political statement.

Williams believes that California Senate Bill 707, which bans guns from being carried within a 1,000 feet of the school and on school property, makes CCW carriers liable to criminal penalties, if they forget to drop off their gun before picking up students.  He previously asserted that allowing CCW holders to bring guns on campus would add an extra layer of safety for the students and staff of KHSD, but during Monday night’s meeting he back-peddled that this wasn’t about adding more guns on campus for safety.

After hearing from the 10 community members, Williams told the audience members that he had heard from “quite a few” parents in Kern High School District, who favor allowing CCW holders to bring firearms on campus.

If the parents who spoke could directly engage with Williams, they probably are also aware that there are public board meetings where they can provide their input themselves.

The lack of transparency in the board’s operations is clear when they ignore the input of parents, KHSD staff, and community members who made the effort to show up and voice their concerns and opinions.

There is no transparency in prioritizing voices that are absent from the conversation as there is no proof of this testimony, of how many support the measure, or that these arguments favoring the policy have the best interests of the students in mind.

In another show of abandonment of student and staff safety, Williams proposed amending the policy so that CCW permit holders would not be required to notify the Superintendent at all if they planned to bring a firearm onto school campuses or events. In response, one teacher in the audience, Jesse Aguilar, a teacher at East High School, voiced his safety concerns about whether an angry parent would threaten him during a parent teacher conference, if the person was not satisfied, for example, with a student’s  grade.

Williams was even reluctant to ban students from bringing firearms onto school campuses for fear of limiting the district if they were to offer classes in owning a gun store or becoming a correctional officer at the district’s Regional Occupation Center.

Despite the overwhelming lack of support for this policy by parents, students, and school district staff, the board passed the policy in a 4-0 vote, with one board member abstaining. The results of this vote highlight the problem that this current school board has with being transparent and accountable to the community in its decisionmaking process.

After witnessing this lack of regard for the individuals most affected by this decision, it left the audience wondering where the accountability is for a school board that so blatantly disregards the input and safety of its students, parents and staff members.

Dean Welliver, 19, is a youth journalist for South Kern Sol and a community activist.