Q&A: Jill Stein on the Wisdom of Young People 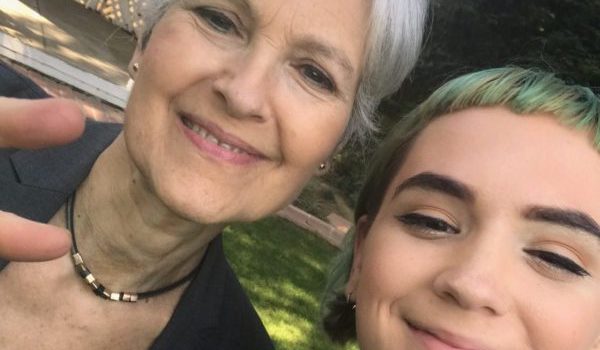 In March, the Green Party of California’s General Assembly had its biannual meeting in Kern County, where it has about 1,000 members. South Kern Sol’s Cassidy Sheppard spoke with Jill Stein, the Green Party’s 2016 presidential candidate.

SKS: Can you tell us a little about the Green Party and what it means to you?

Stein: The Green Party means to me democracy and political empowerment for everyday people. We are the one national-scale party that is not corrupted by money from fossil fuel giants, from predatory banks, from war profiteers and the like. So, we have the unique opportunity, the unique liberty, to actually represent everyday people. Everyday people are being crushed. We are at risk for extinction right now, and I mean that literally as well as figuratively, and young people know this in their bones.

You know when you’re young and you don’t have decades of experience, that kind of filters reality for you. So when you’re young, you’re living in the world as it is now, and that world is an abomination. It’s unsustainable, it’s unjust and it’s unconscionable. The Green Party for me is the political empowerment of that wisdom and that vision, so that we can actually create an America and a world that works for all of us. We do have critical mass. We have the vision. We have the detailed policy programs to actually make it happen. And it’s up to us. The Green Party for me is that essential missing link in how we move from critical mass and critical vision to actual critical change.

SKS: What do you think the election did for third parties in general and for the Green Party specifically?

Stein: Well, it did raise the curtain on us in a big way, and we have Bernie Sanders really to thank for much of that. He really showed the elephant in the room, which is that there is majority support out there for a radical progressive agenda. But he also showed the other elephant in the room, which is that the Democratic Party will not be a revolutionary party, so forget about trying to make that change inside the Democratic Party. Some people are still hanging on like someone in an abusive relationship. It’s important to wake up, stop making excuses for your abuser, and realize there is a life outside of this abusive relationship.

This is why people were screaming for an open debate, because they knew there was something other than these two candidates [Hillary Clinton and Donald Trump], the most distrusted, unliked [candidates] in our history being shoved down our throats. People knew that there were other options and they were demanding it. That’s why, I think, it’s fair to say we were one debate away from a real political revolution. Coming out of the election we are just going gangbusters and new parties are activating. New chapters [of the Green Party] are activating like here in Kern County. People out on the street are tuned in and they are waking up and they are waking up their friends and their networks. We’re on a roll. This is the perfect storm for political change. There is no other way forward. We have to do it. We are doing it. Once we are mobilized we are unstoppable.

SKS: What do you see in the future for the Green Party?

Stein: I think right now we’re working very hard on local elections … That’s where it starts … I think the days of resistance and strikes coming up may be a big focus for us, especially May Day, which is being led by the immigrant community which needs to be supported. I think it’s very exciting how we can expand these strikes so that they are really about all of us, so that the agenda is not only about immigrant rights but also about women’s rights, racial justice, climate justice, and peace. These [strikes] are an exercise in the broad agenda for people, planet and peace over profit, an agenda that brings us all together. And the sooner that we can learn to come together on these special strike days to show the power of this coalition, to basically stop the wheels of economic and ecological destruction in their tracks, [the sooner] we really get to the breakthrough point.

Social change has always come through the hands of the younger generation. It’s youth that make transformative change. If we want to get that transformative change we have to liberate our youth. These are the constituencies that are most critical for us to build out with — the youth, the undocumented, the Latino community, the Muslim community, the immigrant community, the climate justice community, the indigenous community. You start bringing these groups together. Students alone have critical mass to win any election. So, we can do this. In the words of Alice Walker, “The biggest way people give up power is by not knowing we have it to start with.” We know we’ve got it. We’re going to use it. We’re now organizing to make that happen. So, join us.