A new long-awaited regulation on pesticides putting limits on its use near schools and day-care centers may only be an imaginary buffer zone to the reality of its dangers, according to critics of the new rule.

On Nov. 7, the California Department of Pesticide Regulation (DPR) announced its first-ever rule preventing pesticide use Monday through Friday between 6 a.m. and 6 p.m within a quarter mile of schools and day cares.

Critics say the new regulations aren’t nearly enough. Though the regulation covers most school hours, they say the new rule doesn’t consider activities held at schools off hours, or the reality of pesticides drifting over classrooms as well as the lingering effects of pesticides long after spraying.

“Pesticide drift doesn’t stop after the school bell rings,” said Valerie Gorospe, a community organizer with the Center on Race, Poverty, and the Environment. “A part-time buffer zone does not provide full-time protection for schoolchildren.” 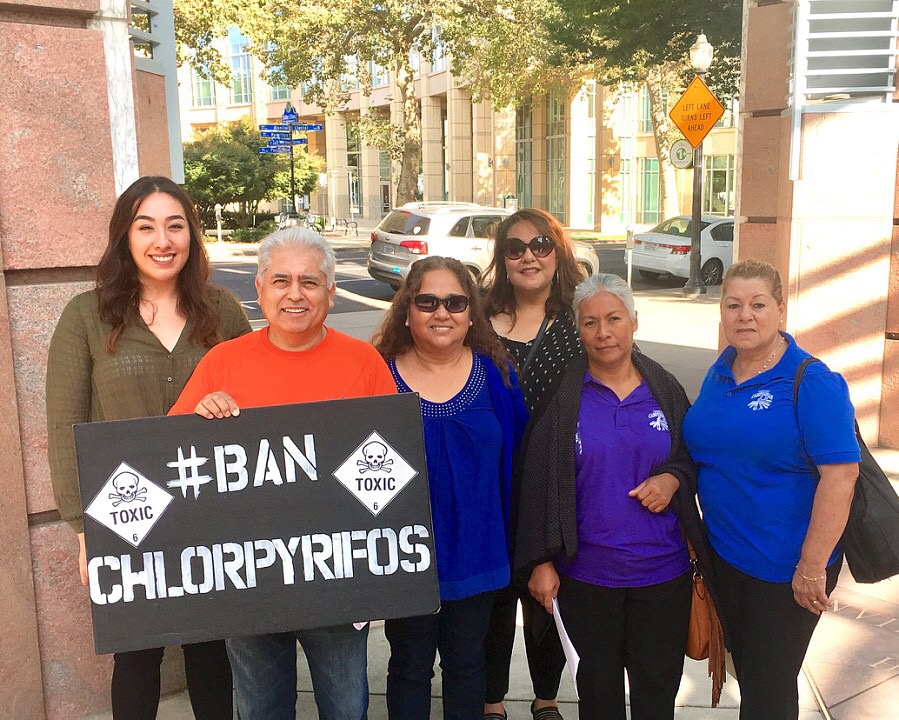 A 2014 California Department of Public Health (DPH) report on pesticide use near schools (which can easily be found online) noted that eight of the ten hazardous pesticides most commonly used near schools persist in the air for days or even weeks. Kern County is listed in the report as ranking to second to only Fresno County in pounds of active pesticide ingredients applied for agricultural use.

The same report documented a marked racial disparity at the most impacted schools. In the 15 agricultural counties studied, Latino schoolchildren were nearly twice as likely to attend a school near the heaviest pesticide use as their white peers.

“I’m thoroughly disappointed that this policy does nothing to lift the unfair pesticide burden from Latino children in California,” said Byanka Santoyo, a member of the Kern County Coalition Advocating for Pesticide Safety. “It’s a policy that treats Latino kids as less worthy of protections.”

Pesticide safety and reform advocates noted a March hearing convened by the Senate Environmental Quality Committee, in which senior DPR staffer Randy Segawa testified that the regulation was not designed to reduce exposure to pesticides. They said this came as a shock to environmental regulators who were hoping to impact the health risks of living and working near pesticide use areas.

Among other safeguards, the first-ever statewide buffer zone would prohibit the most drift-prone application methods, including fumigation, aerial, ground air-blast, sprinkler and dust application of pesticides, on fields within a quarter mile of schools. Growers will now be required to provide schools with an annual list of pesticides planned for use within a quarter mile. Justice groups said there are additional restrictions on fumigant pesticides, which can’t be used within a 36-hour period before a school day.

The new rule, according to a DPR press release, encourages communication between schools and growers. “These rules will help to further protect the health of children, teachers and school staff from unintended pesticide exposure,” said DPR Director Brian Leahy. “They build on our existing strict regulations and give an additional layer of protection that is now consistent across the state.”

However, community leaders and scientists point to recent incidents as evidence that a bigger buffer zone is needed. In May, dozens of workers in Kern County were affected by the brain-harming pesticide chlorpyrifos, which drifted more than half a mile from the application site.

Chlorpyrifos made headlines in March when Trump’s appointee to the U.S. EPA, Scott Pruitt, defied his own scientists and denied a planned federal ban, despite mounting evidence of severe neurotoxicity even in very low doses.

An Aug. 18 New York Times article claimed the newspaper discovered in a cache of hundreds of pages of internal E.P.A. documents obtained in a Freedom of Information request that Pruitt “promised farming industry executives who wanted to keep using the pesticide that it is ‘a new day, and a new future,’ and that he was listening to their pleas.”

Such pro-industry deal-making had been expected even before Pruitt took office. According to a February L.A. Times editorial, “Putting Scott Pruitt in charge of the EPA risks irreversible damage to the planet,” Pruitt’s record of working with the Oil & Gas industry prior to being appointed was “mind-boggling, offensive and deeply worrisome.”

The chlorpyrifos incident in Kern County, according to advocates, reflects mounting scientific evidence regarding drift distance. In one study by state and federal health departments, a one-mile buffer would have prevented 85% of acute exposure illnesses, while only 24% of non-work drift illnesses occurred at distances of a quarter mile or less.

“Policymakers need to provide support and training for farmers to transition to safer farming methods that don’t harm kids. We urge state officials, particularly DPR, the Department of Food and Agriculture and the Governor to make the necessary investments in the future of California agriculture,” said Margaret Reeves, PhD, senior scientist with Pesticide Action Network.

She and other pesticide-safety advocates are calling on DPR to lead the way toward a transition from hazardous agricultural pesticides.