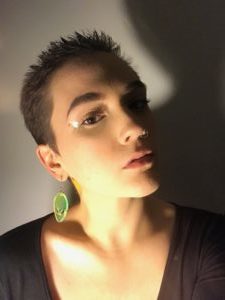 On Oct. 24, nearly a year after California voted to allow the commercial use of marijuana, Kern County’s Board of Supervisors banned all commercial sales of the drug, citing family values and a disregard for wanting to regulate the local pot industry. Their decision will be felt by everyone from vulnerable minors to job seekers and will negatively impact the health of many.

Under Proposition 64 the recreational use of marijuana was made legal as was the commercial growing and selling of the substance throughout much of California. Kern County officials, however, chose to vote a county-wide ban.

We’ve already seen how a marijuana ban doesn’t work in Kern County. Right now an estimated 120 illegal pot shops operate throughout the area. Although law officials continue to shut them down, most move and reopen. Now law officials may create a special task force to go after all marijuana shops. The projected cost to Kern County taxpayers for the task force is an estimated 1.2 to 2.7 million dollars per year. Hasn’t anyone learned from America’s Prohibition era? When alcohol was banned from 1920-1933, government spending increased.

I don’t trust that a task force would end any illegal pot sales. I also don’t trust our law officials to end illegal sales when they themselves have played a part in the illegal distribution of drugs. Earlier this year, two former Kern County Sheriff’s deputies were given probation after stealing and selling marijuana that had been seized in drug busts. The most recent discovery of missing evidence is 1.9 pounds of cocaine that disappeared from the county’s property room. The unaccounted drugs in county evidence, according to law officials, were linked to a former BPD detective.

At least one Kern County Supervisor who claimed to be against commercial marijuana sales cited child safety. Banning marijuana will do the opposite and only give minors easier access to the drug. If Kern County officials were to regulate the pot industry within its borders, then many of those illegal marijuana dealers would simply be run out of business, and kids would be a whole lot safer.

Overdoses from prescription drugs is the number one cause of accidental death in America. In 2015, Kern County was found to have almost double the state’s rate of opioid overdoses.

Banning marijuana in areas of high opioid usage has not been a help to public health. Preliminary data from multiple studies suggests that in states where legal medical and/or recreational marijuana exists, the number of opioid addicts and overdoses has decreased. Since many seeking pain relief use non-addictive marijuana instead of opioids, these people might turn to pharmaceuticals because of limiting their pot access.

Many Kern County residents, like Kern County Sheriff Donny Youngblood, protest marijuana by citing federal law. According to the U.S. government, marijuana is a Schedule I drug. Schedule I class drugs have no medical purpose and are the highest likely to be abused. Yet, drugs such as Ambien, Xanax and Valium are Schedule IV, meaning that they have low risk of abuse and dependence. Our own federal government is enforcing laws that go against statistical evidence. In 2013, these Schedule IV drugs, also known as benzodiazepines, caused 31 percent of overdoses. Meanwhile, no evidence of marijuana overdose exists.

This ban also includes ceasing commercial sales of medical marijuana. So, now if medical patients want their medicine, they will have to grow it themselves, or travel to another county to get it. This is unfair to those disabled and low-income residents without vehicles. This will harm me personally as a medical marijuana patient. I have tried many different kinds of medication for my pain condition, but nothing has compared to cannabis. It hurts to know that my local government does not care if I have access to the best treatment for me.

Isn’t the county always hurting for revenue? An estimated 34 million in tax benefits would have gone to the general fund. This money could have been dispensed into county health education, abuse prevention and drug education.

The ignorance of Kern County supervisors Mick Gleason, Zack Scrivner, Mike Maggard, and David Couch will have a drastic effect on the county, putting an end to medicine for many desperate for pain relief. Not only that, they’ve lost the county millions of dollars in revenue, prevented thousands of jobs, created an unsafe environment for vulnerable teens, and have contributed yet another obstacle to the continuing opioid epidemic.

Kern County must wake up. Anti-marijuana information dispensed by county officials has been false. Voters should always look at scientific data and evidence, not just believe what they’ve been told by county government officials.