‘It’s becoming a crisis’: Community marches in honor of those lost to police violence

Saturday was an emotional day for Marissa Barrera. Her brother Michael, who was killed by a police officer in 2017, was on her mind all day.

Barrera, 30, prepared a large table in honor of her brother with photos of him and certificates of his accomplishments.

Barrera was joined by a crowd of others at the fifth annual March for Justice event at Heritage Park Saturday morning, advocating for stricter oversight of police officers, racial equity and unity.

“Today is a way for us to come together with other families who have been affected by police terror,” Barrera said. “It’s a way to support all of Bakersfield, because it affects everyone.”

The event was put on by STOP Coalition- Families Impacted by Police Violence, a statewide coalition of directly impacted families by police brutality, working to end police violence. 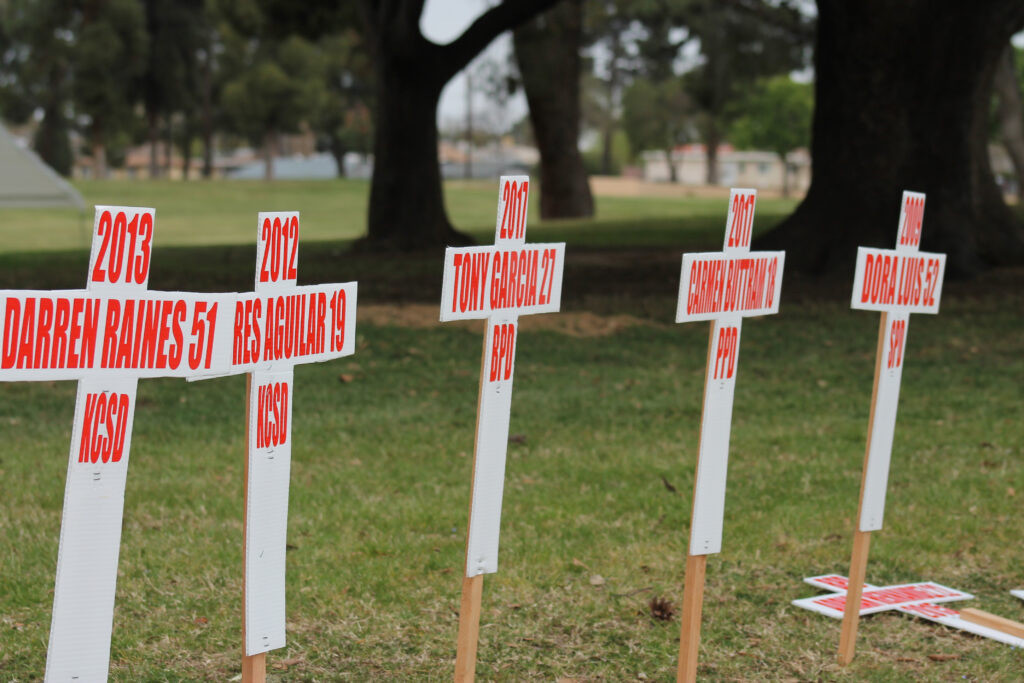 Crosses in honor of those who have lost their lives to police violence were placed in the ground at the fifth annual March for Justice event Saturday.
PHOTO BY PAIGE ATKISON

Participants held signs dedicated to their friends and family members who have been affected by police violence. Marchers walked through East Bakersfield to locations where people were killed by officers.

Traci Alderman, 44, attended the event because her nephew Jason Alderman was killed by an officer.

“I want to help bring awareness to the problems we have to the community — to all of Kern,” Alderman said. “This event shows us our unity and our strength.”

“We’re all here standing for the same thing. We have found strength with these other families,” she continued. “Now, they’re my family too.”

Many of the protestors spoke about fear when it comes to engaging with officers.

“No one should have to fear for their lives,” Alderman said. “We should not have to fear being pulled over or to call the police during an emergency.”

Regina Domingo, whose nephew was killed by a police officer, came from San Jose to show her support.

“The community of people affected is growing,” Domingo said. “We’re starting to unite families across California by connecting through the internet. That’s how I found out about the march.”

Domingo was saddened to see so many families — children, mothers, grandmothers — attending the event.

“It’s saddening to see everyone here,” Domingo said. “You have to see the family of those killed. And the number is growing. It’s becoming a crisis. There’s a community of children left behind with no fathers.” 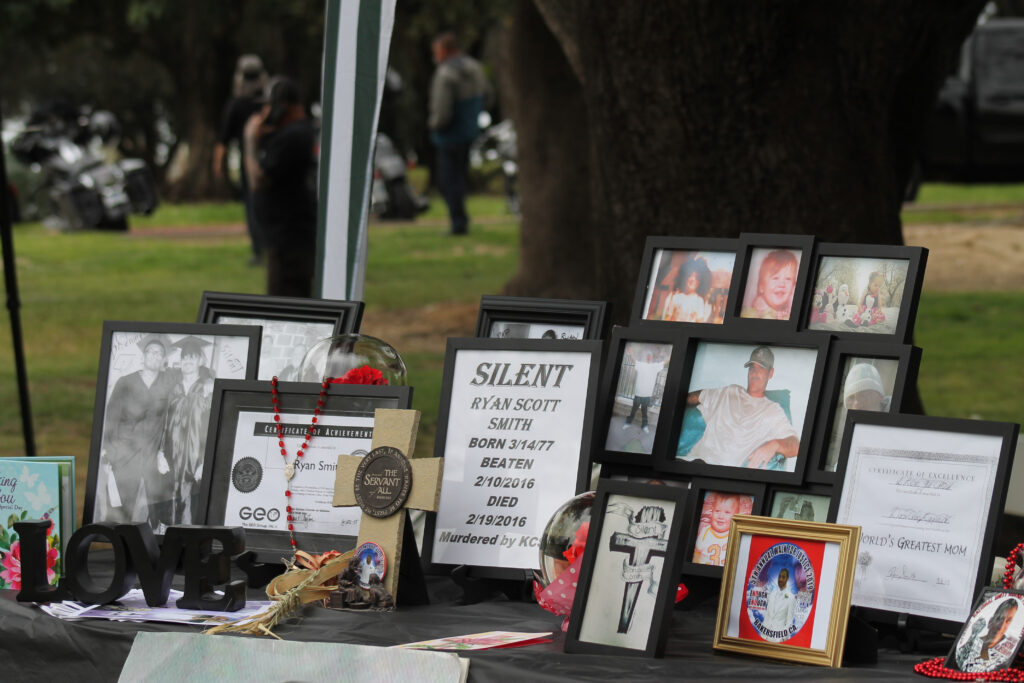 Tables were set up at the fifth annual March for Justice event Saturday in honor of those who lost their lives to police violence.
PHOTO BY PAIGE ATKISON

She also emphasized the importance of acknowledging racial disparities at the event.

“Race is playing a huge issue here,” she said. “The majority of people who are killed are people of color. People don’t understand how this affects the whole family — not just the person killed. With each of these killings, it establishes a worse relationship between these communities and the police. It shouldn’t be that way.”

Many of the families attending the March for Justice are advocating to pass Assembly Bill 392, also known as the California Act to Save Lives. If passed, the bill, released in February, would redefine the circumstances in which police officers can use lethal force.

“Something has to change,” Alderman said. “We need greater change and we need this bill.”

This story was made possible with a grant from California Humanities, in partnership with the Bakersfield College Foundation and the Virginia and Alfred Harrell Foundation.