Ivory Iglesias has spent her last two summers working in the fields and saving every bit of money she can to afford to join Arvin High’s color guard team.

Her dedication has paid off. After getting first in the nation in Las Vegas just weeks ago, Iglesias, a senior, and her teammates are now in Dayton, Ohio for the World Championships where they are ranked first in the world. The team competes Thursday.

“(People) never knew we could get first in the nation, or first in the world,” Iglesias said. “At first, people thought we were Arvin — the people with the bad kids and all the fighting and the drugs. But now they see us and want to be our friends.”

The money Iglesias saved from her summer jobs only went so far, and she is not alone. More than half of the team members spent their summers working in the Arvin fields to raise money for their color guard trips; however, they came up short when it came to the World Competition expenses. 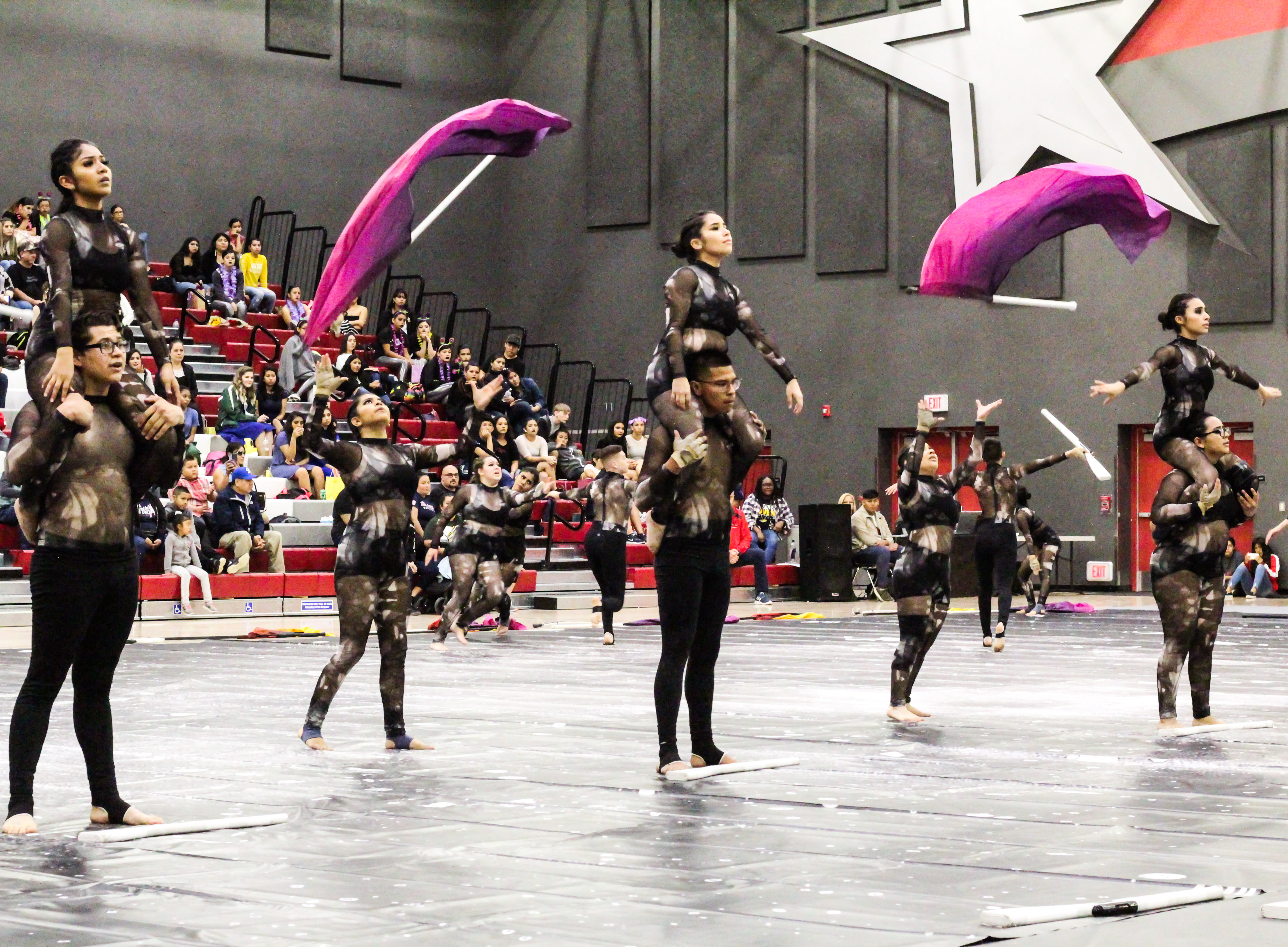 Last year, the team qualified for the competition but was unable to attend due to the cost. The team wasn’t going to let that happen again.

A GoFundMe campaign was created to ensure the group could go to the competition. Within a month, the team exceeded their fundraising goal of $4,000, raising more than $5,400.

“Now that we know all our hard work was a good thing, it’s honestly relieving,” Iglesias said. “Now that we have the money to do it, we don’t have to stress anymore. All we have to do is push ourselves to get first, and we’re proud of everything we’ve done.”

Bryan Dandin, the team’s coach, said he was surprised by the support from the community since the online campaign started.

“The [campaign] had $1,000 there already, but when the news broke that we won, it all started pouring in,” Dandin said. “ It spread like wildfire.”

Arvin High color guard alumni began donating to the account, along with other community members.

“I’m from Arvin and did colorguard all four years, so this is very near and dear to my (heart),” wrote Amilia Rosas on the GoFundMe page. “Congrats and good Luck Arvin color guard team! I know how hard you work for this opportunity.”

Dandin is overwhelmed by the support and generosity.

“It’s so heartwarming to feel and see their generosity and support for the kids,” Dandin said. “They brought a community together for these kids.

Iglesias has participated in color guard since her freshman year. She reluctantly joined the team, at the urging of a friend, but came to love the sport. Now, she doesn’t want to see the journey end.

“Little by little, I started to love [colorguard] and then I just became obsessed with it,” she said. “I can’t believe it’s coming to an end. I don’t want to believe it.”

The journey to World’s wasn’t easy. The team practiced 12 hours a week leading up to the competition, but the students aren’t the only ones committed to the sport. 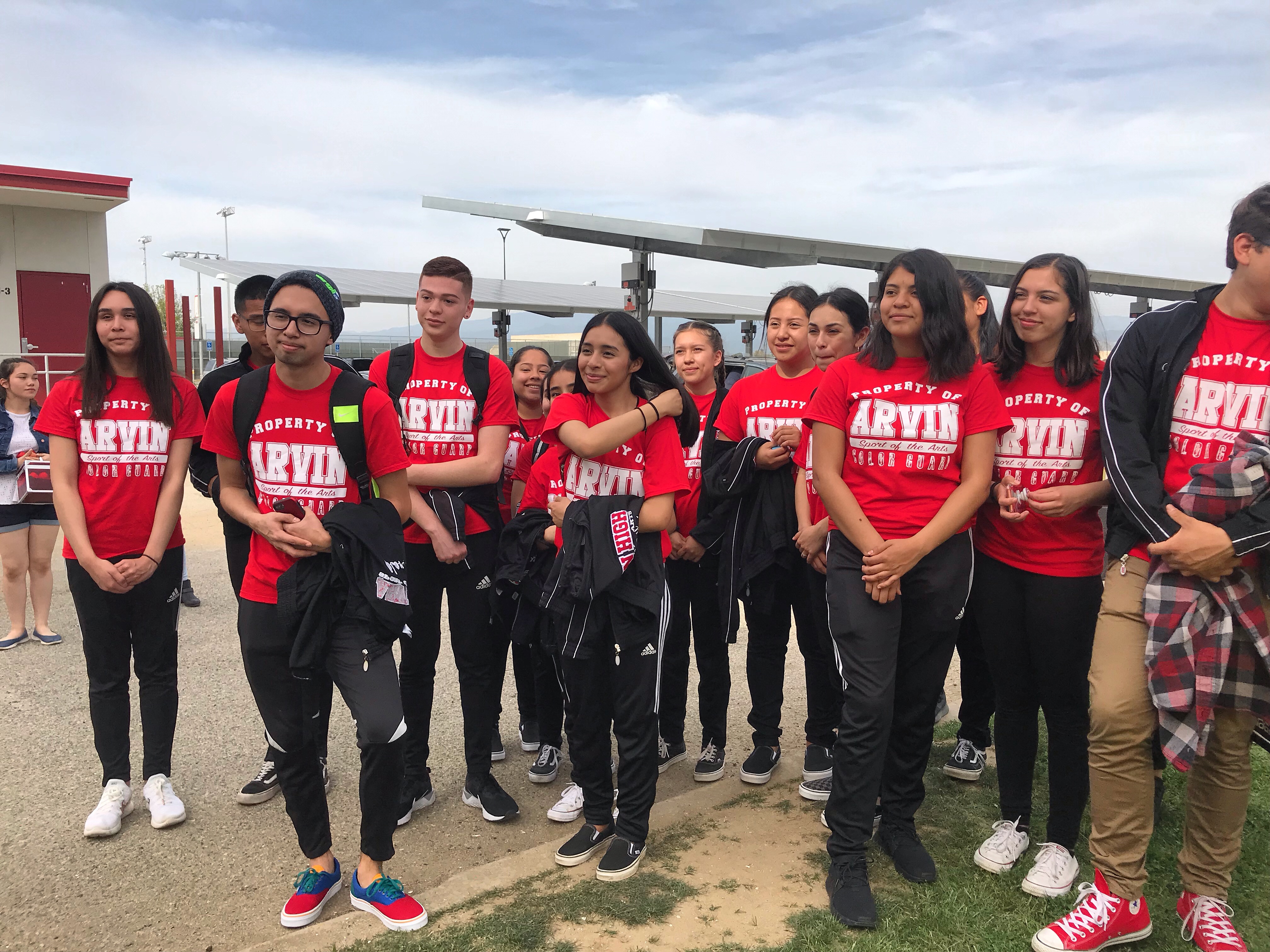 Arvin High’s color guard team is ready to head to the airport Monday. They are flying to Ohio for the World Competition.

Dandin commutes to practices from Delano. He lays most of the team’s success at the feet of the students.

“I think it’s the demographic of the students,” he said. “They’re very hard working, knowing their background, and that they’re underprivileged kids. But whatever they get, they work hard for, and whatever they receive, they’re very grateful for that.”

Dandin and his team were determined to dispel any myths about Arvin with their performances.

“People would say, ‘Oh, a little town, they won’t achieve anything.’ But here we are, a little town — underprivileged students achieving big things,” Dandin said.

Since the widespread support for the team started, the team feels the community is with them during their competitions, Dandin said.

“It’s not just about us anymore. We’ve brought in a community,” Dandin said. “We’re bringing [Kern] with us when we compete.”

This story was made possible with a grant from California Humanities, in partnership with the Bakersfield College Foundation and the Virginia and Alfred Harrell Foundation.