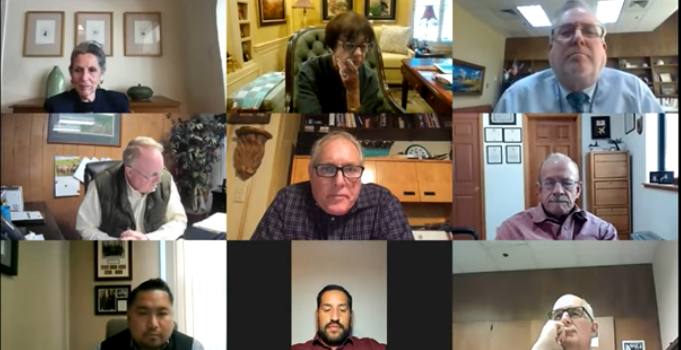 Despite much hesitation and pushback from a few members of the board, the Kern Community College District Board of Trustees voted to adopt the State’s Community College Board’s declaration of April as Diversity, Equity and Inclusion Awareness Month.

This declaration strives to have the student population reflect the racial and ethnic diversity of the State; supports the concept of having faculty, administration and staff be reflective of the diverse student population; strives to eliminate equity gaps by 2026; calls for open dialog to strategize against structural racism and racial inequities; ensures community college campuses are supporting students toward the completion of their educational goals in an equitable manner; and calls for students and staff to work together to gain a deeper understanding of the lived experiences of people of color and create a more inclusive working and learning environment.

However, some KCCD board trustees were hesitant to support the language in the declaration.

“I’ve read this over and have some problems with some of the language,” said John Corkins, a KCCD board member. “I represent all students, all races, and this tends to single out things, and I don’t think it’s appropriate.”

“I would like this to be more about all students, instead of singling out certain students,” Corkins said.

Corkins is referring to a requirement in the declaration that calls for students, faculty, staff and administrators to gain a deeper “understanding of lived experiences of people of color.”

Instead of focusing on people of color, Corkins called to change the language to say, “understanding of lived experiences of ‘all races.'”

“I would just like to think this is a little broader to include everyone,” Corkins said.

When it came time to vote, KCCD board trustee Kyle Carter asked to abstain from the vote to adopt the declaration, declaring April Diversity, Equity and Inclusion Awareness Month.

“There are so many things in our society today that are trying to make things more equitable, but we’re leaving off an entire class of people,” said Carter. “At some point, someone has to put their foot down and say, ‘That’s enough.'”

Jack Connell, another KCCD board trustee also expressed hesitation with the declaration and agreed with both Corkins’ and Carter’s sentiments.

“I’m all about equity. I’m all about racial equality,” said Carter. “But I just believe these factions aren’t wanting equality. They are wanting better than.”

Despite Carter’s attempt to abstain from the vote, the board strongly recommended trustees not abstain from votes. All board members voted to adopt the declaration.

This declaration outlines a plan to hire 68 employees, recruit and retain strategies to address the lack of diversity among full-time and part-time faculty, classified staff and educational administrators, according to the document.

California’s community colleges services more than 2.1 million students — the most diverse student population of any segment in California.