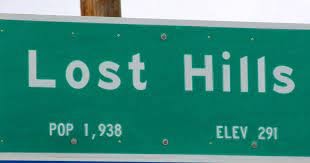 Lost Hills residents are being asked to pay an extra 100 dollars on their water utility bill to remove a drainage to expand highway 46.

Gustavo Aguirre Jr., Kern County Director of Central California Environmental Justice Network (CCEJN), explains that Caltrans is expanding Highway 46 from a 2 lane to a 4 lane expressway. During the process Caltrans found a drainage line that was in their way.

Their response was to charge the Lost Hills water district about $700 thousand to remove that drainage. This would become a 10-year loan.

“For residents there that already pay a high utility bill from the water, that is pretty bad. It’s not the greatest water,” said Aguirre Jr. “They’re going to pay an estimated another 100 dollars on top of that water bill.”

Aguirre Jr. hopes that the protest will fix the issue.

“We are hoping that the elected officials are willing to sit down and look for funding and grants and other opportunities. That way residents don’t have to take that burden of the extra 100 dollars,” said Aguirre Jr.

Lost Hills has many farm workers and community members in need.

“The County has an opportunity fund that is specifically for Lost Hills and there is relatively $2 million there, and that is something that can be beneficial for the community,” said Aguirre Jr.

The date and time of the rally will be determined on Monday.