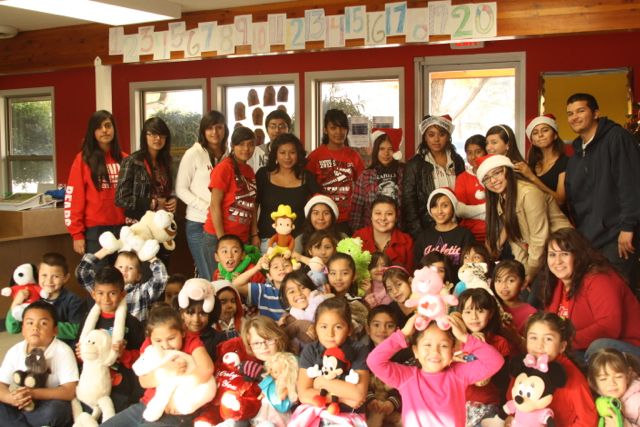 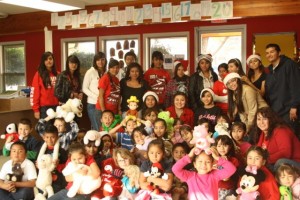 ARVIN–For many people December is the month of joy and happiness. Also, it was an opportunity for those wanting to help others, who are less fortunate.

On Dec. 13, 2011 the Arvin High School Helping Paws Club delivered and passed out new or gently used teddy bears for their second year. There were three delivery locations including the Evergreen Senior Center in Arvin.

The project started as a way to give back to the community and to help those who might not have a present for Christmas.

“To see the faces of the little kids when they receive a present, there are no words to describe them,” said Jemina Gallardo, president of the club.

Members of the club asked teachers and their fellow students for their help with donations. They wanted to collect as many toys as possible.

Then on the day before the giveaway, students went around the Arvin High campus to collect all of the teddy bears donated. After collecting and counting all of them, they soon realized that they had beaten last year’s record and were very excited.

“In return the winning classroom that had collected the most Teddy bears won a pizza party,” said Diana Ortega, an advisor of the club.

Members were very happy to have participated in the event.

“Helping out people was a great experience for us and nice to give things to kids,” said Xipatly Mendoza, a 16-year-old student.

Members of the club are looking forward to 2012 Teddy Bear