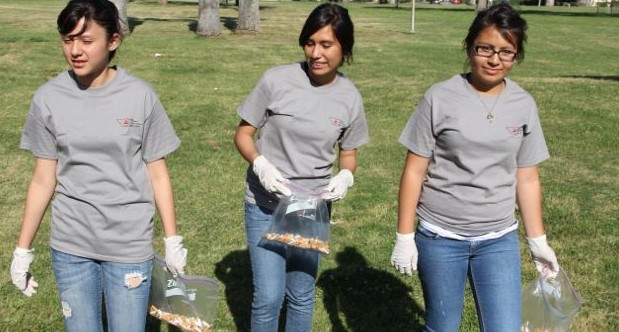 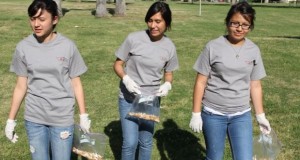 ARVIN- During a clean up hosted by the Kern County Health Department at DiGiorgio Park in Arvin, Calif. local teens picked up 5,173 cigarette butts within one hour.

What is astounding is this is nearly twice as much as last year’s rate of 2,808 cigarette butts. Arvin was one of the many areas throughout Kern County that participated in this clean up.

“I came because of a club at school the Friday Night Live Club. It’s a program at the school that helps the kids being influenced on not doing drugs and not drinking,” said Esmeralda Martinez, 14. “It will be safer for little kids that come to the park and maybe parents might want to bring them more.”

The project was designed ‘to raise community awareness about cigarette butts littering and its impact in the environment we live, work, and play,’ according to the flyer by Kern Public Health.

In 1995, the American Association of Poison Control Centers (AAPCC) received 7,917 reports of potentially toxic exposures to tobacco products among children aged less than or equal to 6 years in the United States.

According to the annual 1994 report of the (AAPCC), young children have end up at emergency rooms or have been very sick due to them picking up cigarette butts and putting them in their mouth or even ingestion of the cigarette butts are very harmful. When a child eats a cigarette butt it can cause serious health consequences such as vomiting and even choking. Animals too are at risk because they mistake cigarette butts for food, they eat them and die.

After the cigarette butts have been collected they’re counted. A report was made and was passed out at recent collaborative meeting with the communities of Arvin, Lamont and Weedpatch. This research will help the Kern Public Health’s ‘No Butt Left Behind’ Campaign, which hopes to prohibit the smoking at local parks throughout Kern County.

“The ‘NBLB’ project will continue throughout the year in public parks and other public places in the cities of Arvin, Bakersfield, Delano, and Shafter. All Kern County residents are encouraged to implement the ‘NBLB’ project in their respective communities,” according to a flyer from the Kern Public Health.

In the world there’s an estimated 4.5 trillion cigarette butts littered worldwide every year and in a cigarette there are at least 400 chemicals and about 50 of the chemicals are carcinogenic a substance that can cause cancer. 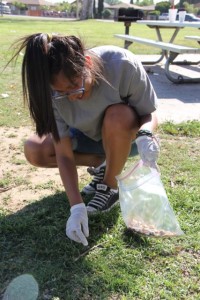