The Future of Media Shaped By Youth 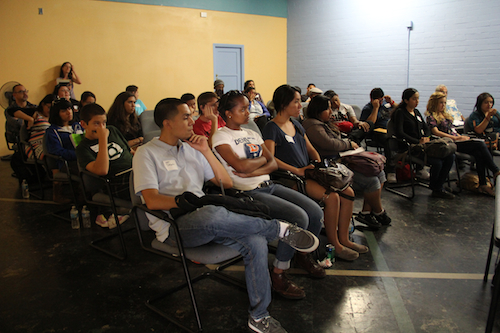 July 6-8, a group of young people from around Southern California including Long Beach gathered in San Diego for an intense 3-day Boot Camp in Journalism and Media. With the guidance of adult mentors, the youth produced Blogs, Radio and Video reports on one of three themes: School Discipline, School Meals, and Neighborhood. This is another of those reports.

On the weekend of July 6, 2012, youth from all over Southern California met at the Media Arts Center of San Diego for a three-day journalism boot camp. The weekend was comprised of many enriching activities geared toward helping young journalists develop their multimedia grasp of the industry.

“I met people from San Francisco and Oakland that I know will help me in the future,” said Dasire’e Norman, one of the youth from Long Beach who attended the boot camp. With 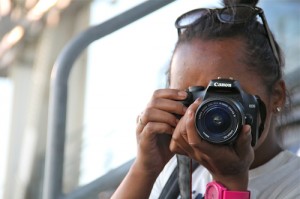 varying experiences, backgrounds and goals, the only thing everyone had in common was their love of reporting news to their local communities.

Upon arrival, everyone welcomed each other with open arms and began sharing details from their commute. By noon, introductions begun and the weekend was moving forward. After having lunch from a local grilled-cheese food truck, we all gathered in the conference room for our first panel of guest speakers who were members of the San Diego media. Newspaper, television, web, and public radio were represented.  The speakers spoke about their individual struggles and the experiences behind their success. They also gave us a look at what it takes to work in each one of those mediums. After listening to everyone, the journalists got to ask questions and get more in-depth information.

Following the panel of professional journalists, we all participated in a seminar about the importance of framing an article. The basic questions of a story can be answered in the first few words of any news article. However, finding the root of a crime or giving the audience a way to find more information is seldom done.

After the “framing” seminar was over, we all split up into teams of two or three and were assigned to a mentor who works in the field using either video or radio. The teams were each assigned one of three themes; neighborhoods, school suspensions/expulsions or school lunches and nutrition.

“During the beginning of the process I felt like I had done all of this before,” said Dasire’e, “For me, filming is my second nature but there was so much I needed to learn about journalism’s more graceful side, that is, working behind the camera.”. 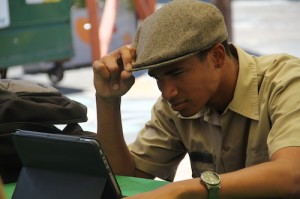 Rico Blevins, member of Men Making a Change from Long Beach Community Action Partnership, was also at the boot camp. He said, “My favorite part of the weekend was getting to know my mentors, while at the same time learning loads of great skills about multimedia.”

We all had to come up with a story that was rooted in the local San Diego community and report on it using either radio or video. Initial interviews were done and planning for the next couple of days among the groups closed the first day of boot camp.

“The piece I worked on was about how the lack of green spaces affects our community’s health and with more community involvement, we could fix it,” said Blevins.

After heading back to our hotel rooms, some decided to call it a night while others attended a local baseball game between the San Diego Padres and Cincinnati Reds.

Day two, Saturday, began at 8:30AM with tours headed to different parts of town so that everyone could speak to local residents.

After a few hours, everyone met back at the Center and got to work on their projects because they were all to be presented the following day. While everyone worked on their multimedia projects, we all had to find time to write a blog using photos, quotes, audio, video, notes or any combination of those which we had gathered a week before. The blog had to fall under the guidelines of the three topics as our multimedia story. After working about 11 hours, day two of boot camp was over.

But the day was not over for some of us. We chose to attend a play named “Blood and Gifts,” written by J.T. Rogers which was based on the Cold War in Afghanistan in the 1980s.

Sunday was our third and final day. At 8:30 a.m., it was an all-hands-on-deck scramble to complete the multimedia stories and prepare a pitch for our pieces. After a short four-hour work session, everyone had to present their piece to the journalists they spent the weekend rubbing elbows with.

“Overall I learned to look at all sides of creativity whether you draw, record, vocalize, plan, edit or design. I have a new respect for journalists, because it is a quality not given to everyone,” said Dasire’e Norman.

The amount of knowledge handed down from mentor to student can only be measured by the satisfaction each person felt as their video or radio piece was being presented. The combination of rethinking how a story should be reported, working with people who were strangers, and using multimedia to present the stories all came together.

Over the next several weeks, you’ll be able to see and hear the results of our weekend boot camp in San Diego.

This story was first featured in Long Beach VoiceWaves at http://www.voicewaves.org/