Barred from Federal Programs, DREAMers May Qualify for Medi-Cal 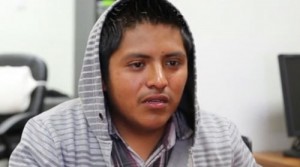 OXNARD, Calif. – For years, DREAMer Rodrigo Perea, 18, lived under a threatening cloud of deportation. Now, Perea has legal permission to live and work in the U.S.– but until recently he was still in the dark about the low-income health programs he qualifies for.

He’s not alone. Thousands of immigrants, and even many health care advocates in California who work with young immigrants, are unaware that recipients of the Deferred Action for Childhood Arrivals (DACA) program may qualify for state-funded only Medi-Cal, identical in every way to the full scope federal and state funded program that shares the name.

Last August, the Obama administration initiated DACA, giving certain undocumented youth who have grown up in the United States permission to live and work in the country for two-year renewable periods.

The announcement enraged immigrant rights activists, who lamented the fact that DACA beneficiaries were being treated no differently than undocumented immigrants when it comes to health care, despite the Department of Homeland Security itself confirming that DACA grantees are lawfully present in the United States.

But Perea and others like him are lucky to live in California. It’s one of only a handful of states that run a parallel Medicaid program, solely funded with state dollars. Medi-Cal was launched in 1996, soon after Washington passed the Welfare Reform Act. Under it, Congress banned some lawfully present immigrants from receiving Medicaid indefinitely and slapped a five-year waiting period on newly documented immigrants – both children and adults – before they could sign up for Medicaid.

California was among a number of states with large immigrant populations that disagreed with the ban and opted to continue financing the health insurance program for low-income immigrants regardless of how long they had resided in the United States, provided they met all the eligibility criteria for regular Medi-Cal, said Tanya Broder, a senior attorney with the National Immigration Law Center. The only difference being, the program would be supported exclusively with state dollars.

“California has long recognized the need to provide health insurance to people who are here lawfully because it believes it’s a good idea to invest in preventive care,” said Broder.

Los Angeles DREAMer Hyun Kyu (Kevin) Lee, 21, also a DACA beneficiary and a recent college graduate, unfortunately is a little too old to enroll in Medi-Cal, even though he would like the security of having health insurance. Under current Medi-Cal eligibility requirements, adults over the age of twenty must have a child to qualify.

Since its implementation, United States Citizenship and Immigration Services has received nearly 500,000 DACA applications, of which half have been approved. That number represents only about 30 percent of the estimated 1.76 million DREAMers nationwide who possibly qualify for DACA, according to the Coalition for Humane Immigration Rights of Los Angeles (CHIRLA).

Perea is currently in possession of an Emergency Medi-Cal card, which has limited use. The card is given to any immigrant who is “not a lawful permanent resident or Permanently Residing in the United States Under Color of Law (PRUCOL).” Aside from emergency medical care and pre-natal care, the cardholder is eligible for organ transplant procedures and renal dialysis services. It will not cover regular outpatient care or pay for prescription drugs.

Until recently, Arcenio Lopez, associate director of the Mixteco/Indigena Community Organizing Project (MICOP) in Oxnard, said he was not aware that DREAMers like Perea, who is his client, might qualify for state-funded low-income health care. Now that he does, he said, he would put the word out through the MICOP promotoras – women from the indigenous migrant community who promote health through educational workshops.

“Many youth here never go to see a doctor or a dentist when they need to, and so many of them have dental problems,” Lopez said. “They need to have physicals and get preventative care… Having access to Medi-Cal will make a big difference to them and their families.”