Young and Catholic: Losing My Religion, But Finding Hope in the Pope 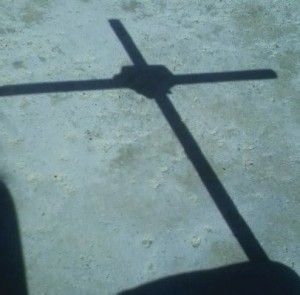 Growing up, I became accustomed to being woken up bright and early every Sunday morning by my mother. I would hear everyone in my family opening and closing dresser drawers, as we all got ready to go to church.  Sad to say, all the religious empowerment and inspiration I’d felt as a small girl is now just a memory.

Year by year, I slowly lost interest in Catholicism, and a big factor was the lack of other youth in my church. When I was a junior in high school, half forced and half willing, I attended Sunday Confirmation classes that were followed by a mass. I thought that being part of a group of young church members my age would allow me to express my views on what I believed about my religion. However, this was not the case. The majority of the students in my confirmation class didn’t want to be there – they were forced. I got the feeling that all the young Catholics attending our church were only there because they were being forced by their parents.

My second and last year of attending Confirmation class was even less inspiring. My adult mentors were constantly looking down on my generation and critical of how badly influenced by society we all were. It felt just like having arguments with my parents when they didn’t understand my views of life or disagreed with me on how I should live it.

Because of my personal experiences with the Church, I’ve taken a great interest in the fact that Pope Francis, the new pope, is now making it a point to reach out to young people and cultivate a new generation of youth leaders. His recent appearance in Rio de Janeiro, Brazil, where he welcomed youth groups from across the globe, confirmed that commitment and stirred up some excitement.

One of the contingents that traveled to Rio was a group of faithful and determined young people from our very own St. Augustine Church in Lamont, California. They packed their bags and headed to Rio de Janeiro, hopeful of catching a glimpse of Pope Francis and anxious to be a part of a transformation.

While they were in Brazil, I was fortunate enough to interview Hector Alaniz, a member of the St. Augustine Church youth group who made the trip, and ask him why the Pope is so important for him.

“It’s very important to me because you can say he’s the president of all Catholics, like he runs basically everything in the Vatican,” said Alaniz. “One of the reasons why he is here (in Brazil) is because there are many Catholics here… and in other countries, and he blesses the places he goes and gives talks. The Pope was here earlier (today) and he said that he urges Catholics to resist the ‘ephemeral idols’ of money, power, and pleasure.”

It was inspiring for me to see so many youth interested in my Catholic religion. Just being exposed to Hector’s viewpoint as a young Catholic made me feel like there is still hope for youth activism to be restored in the Catholic Church. It’s also refreshing to know that Pope Francis is primarily focusing on outreach to young people, because it sends a message that young people belong and are welcome in the Church. This is important, because the majority of our church system is run by older leaders who often don’t understand the way we, as Catholic youth, view our religion.

As time progresses things change, and trying to apply the same principles and methods of teaching to our young people about religion, the same way it was taught to the older generations — is probably not going to be successful. Hopefully, the Pope’s renewed emphasis on outreaching to youth will begin to change the old culture and in so doing attract new young members to the Church.

Tags: Growing up Catholic, Losing My Religion, Youth and the Pope, Youth Finding Hope in the Pope