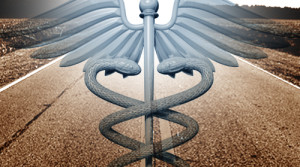 BAKERSFIELD, Calif. — New Years’ day is the first day that health coverage will begin under the Affordable Care Act (ACA) for those who signed up by the enrollment deadline on Dec. 23. The original deadline was extended for those who began an application because healthcare.gov, the website for enrollment, crashed due to heavy traffic. But even with the new extension, many people are still not signing up.

And for some in Kern County there is still a general unease and confusion about the ACA or Obamacare, as it is more commonly known – the nation’s most sweeping change to healthcare since the passage of the Social Security Act.

One potential setback for the ACA is its advertising. Sharree Balderas, 19, is an uninsured mother of two who is only vaguely aware of the ACA and, like many youth, are confused about the law its effects or even when it will take effect.

“I don’t always pay attention and I’m uninsured, but my kids have health insurance through Medi-Cal,” said Balderas. ”I don’t get insurance from anybody.”

Balderas was who not aware that even if she didn’t make enough money to buy insurance, she would be subsidized for the costs through the ACA or, if she qualified, be offered free coverage through Medi-Cal. She did not know know about the March 31st deadline for open enrollment nor was she aware of the penalties for failing to enroll.

Even for youth who are knowledgeable about the enrollment process, the details are still confusing. Doris Michue, 24, is a student who is unsure about her qualification for the different insurance plans available.

“I’ve been confused about my eligibility because of my income sources as a student, so I’m in limbo,” said Michue. “I’ll probably end up paying for Healthy Families, if I still make too much.”

Apart from the difficulties of navigating through the intricacies of the ACA, some, like 23-year-old John Tericarte, refuse to buy into the ACA and doesn’t feel sure about the idea altogether.

“It’s great that we get the services that we need, but we still have to pay for something that we need to survive,” said Tericarte. “It’s just an additional fee for us to pay, another revolving door that keeps us in debt, keeps us down.”

Tericarte’s complaint about the individual mandate, which refers to the part of the law that requires all citizens to buy healthcare or pay a fine, lacks the refinement of a seasoned politician or a Washington insider, but there is truth to it. While the ACA is a Democratic initiative from Democratic lawmakers, its cornerstone, the individual mandate, was first proposed by Sutart Butler, Director of Domestic Policy for the far-right think tank Heritage Foundation.

“If you’re middle class, yeah you can easily provide for yourself and pay the fees but for people like us, who can’t even find jobs, it won’t make much difference,” said Tericarte.

Some are entirely left in the dark like 35-year-old Ricky Jasper Garcia.

Though the deadline for coverage to begin on Jan. 1 has passed, the final deadline for open enrollment is still months away, on March 31. Millions of Americans have until then to understand the new law and how it will affect their daily lives.

Kern County residents can call Kern Health Consumer Center/GBLA with any questions at (661) 321-3982. People are also encouraged to visit the following websites for additional information: