After Suicide of Transgender Teen, LGBTQ Youth and Supporters Gather to Address Suicide and Bullying 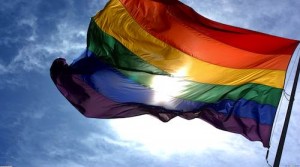 In the wake of a recent suicide of a transgender male Bakersfield College student, community members gathered in downtown Bakersfield earlier this month to learn about how they can support LGBTQ teens in crisis.

“I was really close to the transgender individual who had committed suicide recently, I just came pretty much to support him,” said one attendee, Casey Walker. “I have had many friends who have committed suicide and the youth today really need all the support and help they can get.”

Lesbian, gay, and bisexual youth are four times more likely to attempt suicide than heterosexual youth and 41 percent of transgender individuals attempted suicide compared to the 1.8 percent of the general population according to the Trevor Project.

Bakersfield LGBTQ, a local support services network for LGBTQ people, partnered with the national Trevor Project to host the Trevor Lifeguard Workshop, with the aim of building a mental health skill set among youth. The Trevor Project, which focuses on suicide prevention services specifically for LGBTQ youth, presented four workshop presentations on March 1 and the workshop informed participants of common reasons that LGBTQ youth attempt suicide as well as common suicide warning signs and prevention tips.

One suicide prevention technique highlighted at the workshop was CARE (Connect, Accept, Respond, and Empower). Connect the person to resources and to a supportive trusted adult. Accept and listen to the person’s feelings and take them seriously. Respond if a person has a plan to attempt suicide and tell someone you trust. Empower the person to call the Trevor Lifeline.

The cause of suicidal thoughts and depression amongst LGBTQ students can stem from many different factors, one of them being excessive bullying at school.

According to the Trevor Project, 31.8 percent of lesbian, gay, bisexual, and transgender (LGBT) youth missed at least one day of school in the last month because they felt unsafe or uncomfortable.

Most workshop attendees said they had suffered from bullying at school because of their LGBTQ identity.

“I was teased and harassed on an everyday basis and most teachers never interjected or came to my aid. I only had one teacher that made my environment safe,” said Daniel Landeros, a community activist.

When asked if they felt if any of their teachers are LGBTQ supportive, the responses varied. Some said they relied heavily on their Gay-Straight Alliance support group in high school when counselor’s weren’t available, others said that their high school support network was inadequate and that it was their college campus that had more resources.

Centennial High School Jordan Montgomery said, “I’d rather go to someone I know is trained or has experience in this, because I don’t think that any of our counselors are.”

Montgomery, who added that most of the counselors had little time for students in need, started a Gay-Straight Alliance support group for LGBTQ students with his sister to address the need for more supportive services for youth in crisis.

The need for training among all community members was the main takeaway of the workshops, a goal that Bakersfield LGBTQ chair and a local teacher Whitney Weddell is determined to meet.

“I want very much to save lives; I was devastated that we lost someone in our community,” said Weddell. “If we as a community organization have an opportunity to prevent a suicide and save one life, that is time well spent.”

Wendell added that the workshops will be now repeating on a regular basis saying that there will be an opportunity for everyone in the community to be trained in how to save a life.