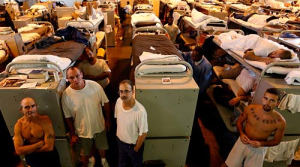 With election season over, organizers campaigning for successful ballot measures can begin to relax knowing that not only is the grueling campaign season over, but the ballot reforms they campaigned for have passed. Proposition 47 proponents, Faith in the Valley and Faith in Action Kern County, discuss what they call a “historical passage” of Proposition 47.

“By passing [P]roposition 47, California is the first state in the nation to end felony sentencing for a select group of non-serious and nonviolent crimes,” began the statement. “In doing so, California will permanently reduce incarceration and shift over $100 million in the first year from the state corrections to K-12 school programs, victim services, as well as mental health support and drug treatment.”

Proposition 47, also known as the Safe Neighborhoods and Schools Act, requires misdemeanor sentences rather than felony charges for specific drug and property offenses, while excluding those with prior convictions for violent crimes or registered sex offenders. The fiscal benefits are annual savings in the hundreds of millions of dollars, money which will be redirected toward school truancy and dropout prevention, mental health services, substance abuse treatment, and victim services.

Local organizations joined forces with other entities to mobilize enough voters to win.

“Faith in the Valley, a regional effort of 5 local PICO federations in the Central Valley, worked in partnership with our sister organizations across PICO California, Californians for Safe Neighborhoods and Schools and California Calls to build a powerful grassroots civic engagement program focused on exercising the voting power of new and infrequent voters to end mass incarceration by passing Proposition 47,” continued the statement.

The regional effort of this coalition mobilized an enormous number of people in the Central Valley.

One organizer for Faith in Action Kern County, Lorena Lara, spoke about the people behind the numbers.

“You start to realize that there are real people behind the issues,” said Lara. “One woman we spoke to was having trouble finding a job but with the passage of Prop 47, her charges have changed and she can move her life forward thanks to the new law.”

Estimates on the impact of the law Using convictions from 2012, The Center on Juvenile and Criminal Justice has estimated that up to 21.2 percent of convictions will be affected by Prop 47, with over half of those convictions affected coming from Narcotic, Marijuana and Dangerous Drug convictions. For a state like California, this translates to tens of thousands of people whose lives have changed.

Faith in Action Kern County is part of a nationwide network called PICO, People Improving Communities through Organizing. California has its own network, PICO California, under which Faith in the Valley is the Central Valley’s coalition of faith-based grassroots organizers, including Faith in Action.