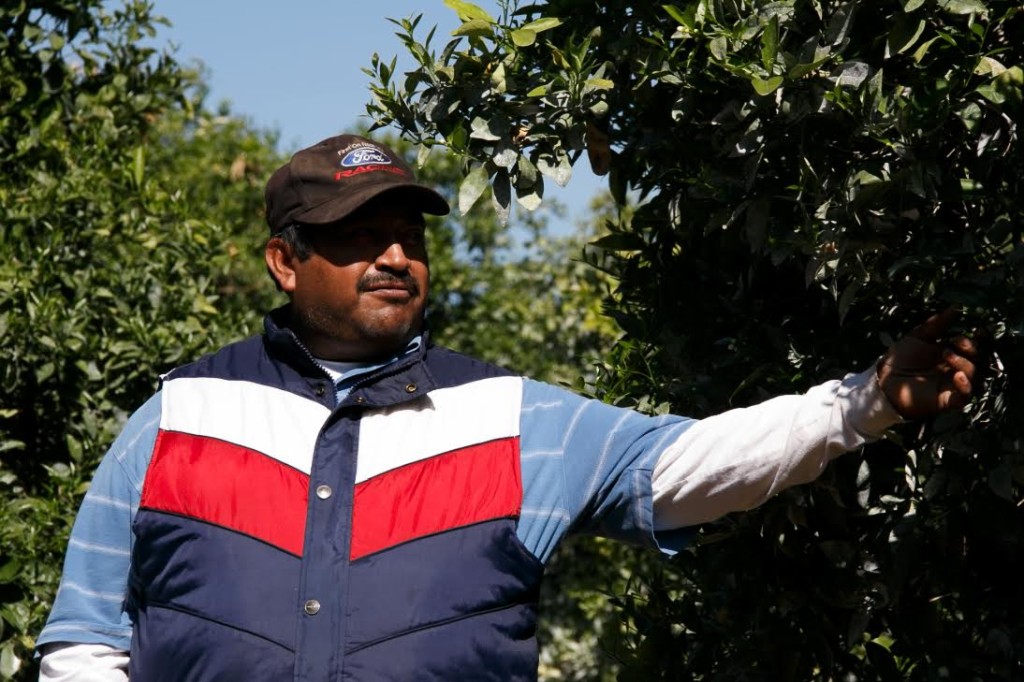 Last month, a federal judge in Texas blocked Obama’s executive actions from going into effect. But that hasn’t dampened the hopes of immigrants in South Kern.

“I planned to apply right away. I even started talking to an attorney,” said Moran, 42, a father of three U.S. born children who has lived in South Kern since 1986. Although he says he was discouraged by the judge’s ruling, Moran remains hopeful.

“I feel that it will pass, and I can’t wait to finally feel like I am doing everything right in this country,” he said.

Moran is one of about 5 million undocumented immigrants who could be eligible to receive a social security number, a work permit, and protection against deportation under the programs announced by President Obama in November. These include a new program for parents like Moran whose children are U.S. citizens or legal permanent residents, which is called Deferred Action for Parents of Americans (DAPA); and an expanded version of Deferred Action for Childhood Arrivals (DACA), which removes the age cap from the 2012 DACA program.

Both programs have been blocked by Judge Andrew Hanen of Texas. But immigrant rights advocates expect the ruling to be overturned in the courts, and undocumented immigrants who will benefit from them remain optimistic.

“We have always been hopeful to be here legally, live a better life, a life without hiding, without knowing that there is a risk of being taken by ICE every time I leave my home,” said Moran, who is eager to apply for DAPA as soon as it becomes available.

Oscar, a father of three, moved to the United States from Puebla, Mexico 14 years ago.

“I came to find a better life like everyone else,” said Oscar. “Thanks to my children, I will qualify for this new program. I know that this program has been stopped, but I’m very hopeful… I have faith… I have faith that this lawsuit will be over soon and we will be able to apply.”

Oscar, a farmworker who currently holds two jobs, says a work permit would allow him to apply for a new job and spend more time with his children.

“If I qualify for this program, I am going to get a new job. I work in two different jobs, I work in a dairy farm and I also work in the fields. I do this in order to give my children everything they need and everything they deserve,” says Oscar. “Waking up very early in the morning is not easy, and it barely leaves time to spare with my kids. I want that to change.”

“I have no doubt that the executive action is going to happen, even if the conservatives don’t want it. It’s time for us to come out of the shadows and start being treated like human beings,” says Felipe. “It’s no secret that we work in jobs others don’t want, we help the economy, and at the same time we feed this country, and thus, we deserve better opportunities.”

In the meantime, he said, there are a few key things that undocumented immigrants should know.

The DACA program announced in 2012 remains in effect, so undocumented immigrants who came to the United States as children can still apply for and renew DACA. (Only the new, expanded version that eliminates the age cap has been postponed.)

Those who will qualify for the two new programs – DAPA and the expanded version of DACA – can’t apply yet, but they can start getting their documents together. “People can prepare themselves by getting together their evidence to prove the requirements,” he said.

Finally, Hugo said, it is important for undocumented immigrants to avoid scams and to only seek advice from qualified attorneys.

“I think it’s important that they don’t believe anyone who is trying to sell them a dream,” Hugo said. “There are no applications out so the community needs to be wary of people who are promising something that doesn’t exist and charging you for it… unscrupulous lawyers or notarios.”

For a list of accredited representatives and recognized organizations, visit http://www.justice.gov/eoir/displine.htm

Daniel Jimenez was born in Sinaloa, Mexico in 1991. Daniel began his journalism career with South Kern Sol in 2013.