On This DACA Anniversary, Invest in Immigrants 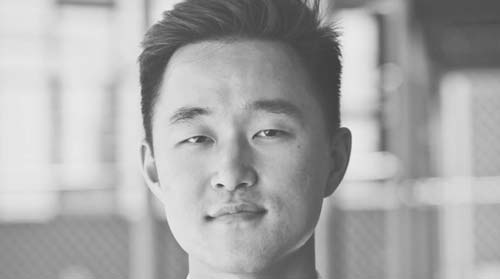 As I listened to President Obama’s announcement for Deferred Action for Childhood Arrivals (DACA) in 2012, in that moment I could see the culmination of all the courageous organizing efforts of fellow advocates who pressed our president to provide relief from deportations and advance the inclusion of immigrants, in order to make DACA possible across the country.

This weekend marked the third anniversary of DACA, yet the promise of deferred action and relief from deportation is still woefully out of reach for millions of undocumented and immigrant Californians. Around 2.8 million residents of California are eligible for citizenship or the current DACA program, with an additional 1.2 million who will be eligible to apply for deportation relief. Yet they face barriers to accessing life-changing opportunities that citizenship and deferred action can bring.

As this year’s state budget process draws to a close, all eyes are on Governor Brown to do what is right for California and support vital investments for our immigrant communities that will set an example for the nation and lay the groundwork for families across our state to access the opportunities that help them lead healthy, thriving lives.

Governor Brown has spoken in support of President Obama’s immigration initiatives and the need for Congress to create a workable immigration process. In the absence of positive movement on immigration reform at the federal level, will our Governor make the right choice for California’s future through a budget that is inclusive of our immigrant families?

The legislature’s proposed budget provides such opportunity with the inclusion of funding to support access to Medi-Cal for low-income undocumented children and an expansion of the Governor’s investment to increase access to deferred action programs, DACA and Deferred Action for Parents of Americans (DAPA), with the inclusion of citizenship, through the “One California” budget proposal.

I am one testament to the powerful opportunities of DACA, from accessing additional financial support needed to graduate with my Master’s degree, to obtaining a work permit needed to start my first full-time job as a National AAPI DACA Collaborative Outreach Coordinator. But deferred action has meant so much more than that. In my position, I have the chance to talk with other Asian American Pacific/Islander (AAPI) individuals whose lives have been transformed by DACA. For example, I met a high school Korean undocumented youth who is finally traveling back to South Korea for the first time in 10 years to reunite with her family. As I communicate with partners across the state and nation, it is clear that more support is needed for AAPI immigrant communities who struggle with barriers to accessing culturally and linguistically sensitive assistance, needed deportation relief, health coverage, and more.

That is why it is critical for Governor Brown to support the One California proposal’s $20 million investment, to address the gap in eligibility that exists for immigrants eligible for citizenship and deferred action. Using a comprehensive model, qualified non-profit organizations could provide needed legal assistance, engage in outreach, education, and other culturally and linguistically appropriate immigration assistance.

Once granted, citizenship provides powerful civic and economic opportunities that brings significant benefits to workers, families, and our state’s economy. And when eligible community members are granted “Deferred Action,” they can access a work permit and deportation relief, that can transform their lives, increase their purchasing power, and strengthen California’s economy.

Furthermore, through a $40 million investment for Medi-Cal coverage for undocumented children, our Governor can take an important first step towards healing the unjust exclusion of undocumented immigrants from health care reform.

California needs to continue to lead in the face of inaction from the federal government on immigration reform. With Washington stalling on immigration, we can’t afford to face the devastating consequences for those excluded from health care or stuck waiting for vital deportation relief.

So when Governor Brown prepares to sign state budget decisions, I urge him to use his pen to build shared prosperity, improve the health and economic status of immigrant communities, and set a path for all Californians to succeed.