My Summer Spreading The #Health4All Message 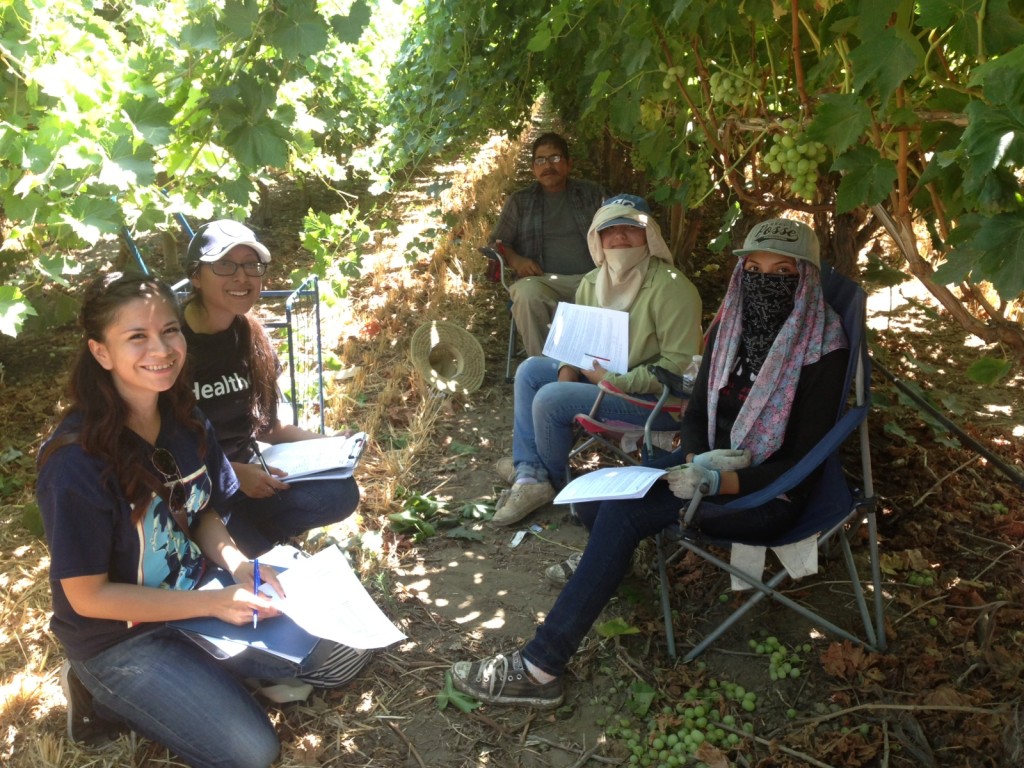 South Kern is home to many farmworkers who lack access to health care. After I learned that many undocumented residents also lacked knowledge about programs that may benefit them or their families, I decided to spend part of my summer vacation doing something about it.

I joined forces with the College Dream Fund, Building Healthy Communities-South Kern, and other youth to educate my community about programs they should be aware of, specifically DACA (Deferred Action For Childhood Arrivals) and DAPA (Deferred Action for Parents of Americans and Lawful Permanent Residents). We also educated Kern residents about the Health for All bill, which aims to give undocumented people access to health care.  We visited farmworkers while they were picking grapes and we visited them at their homes, and asked for a few minutes of their time to tell them about these important programs. 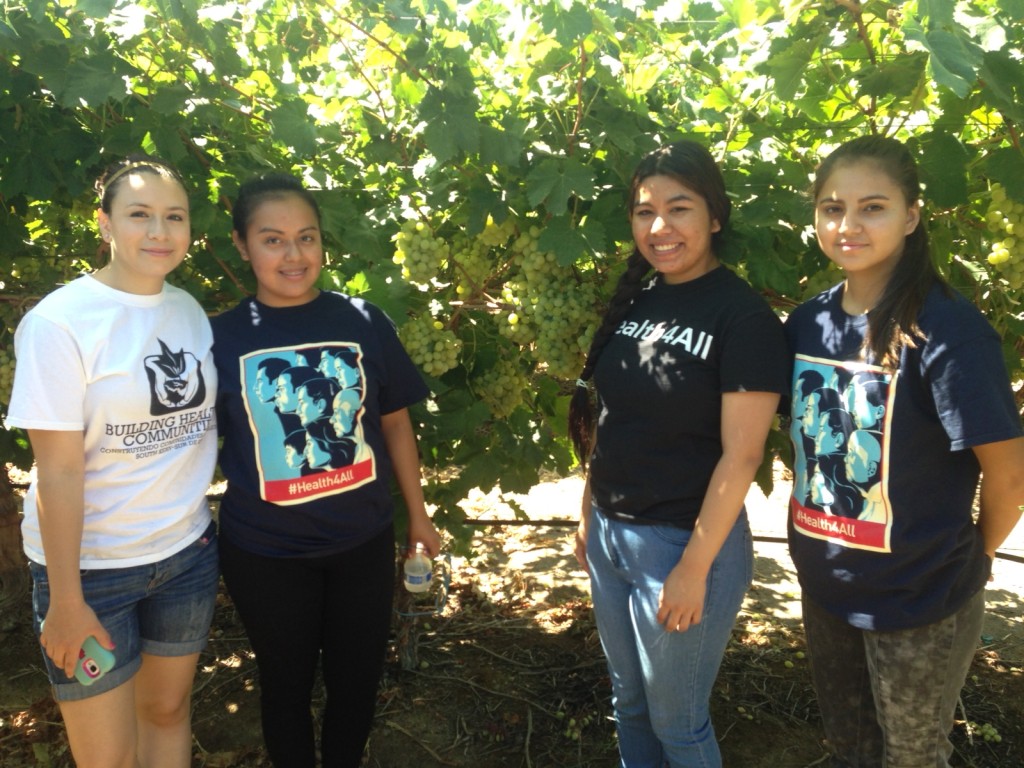 According to USC’s Center for the Study of Immigrant Integration, nearly half of South Kern’s undocumented people lack access to health coverage — far below the nearly nine out of ten native born residents who have coverage.  The Health For All Bill, sponsored by Senator Ricardo Lara (D-Bell Gardens) would offer health coverage for approximately 170,000 immigrant children through Medi-Cal in May 2016.

As of May 2016, undocumented youth under 18 will be able to apply for Medi-Cal, a victory for the #Health4All campaign. According to Jesse Melgar, communications director for Sen. Lara, “SB 10, the adult version of the bill, will move forward next year. At the end of the day, this is a major undertaking and it’s going to require that stakeholders speak up once the bill is reintroduced next year.”

My experience speaking with Kern stakeholders and residents this summer made me realize that the state and the entire country depends on the extenuating hard work that immigrants do, especially their agricultural labor. However, for the nearly two million undocumented immigrants in California, preventative health care is not an option, despite the backbreaking labor.

The most memorable conversation I had was during a very hot and humid morning with a 20-year-old fieldworker who was willing to take a moment to listen to me. I later learned that she actually started working on the DACA application I had given her a few days before. This made me feel so fulfilled and like I may have actually changed someone’s life. 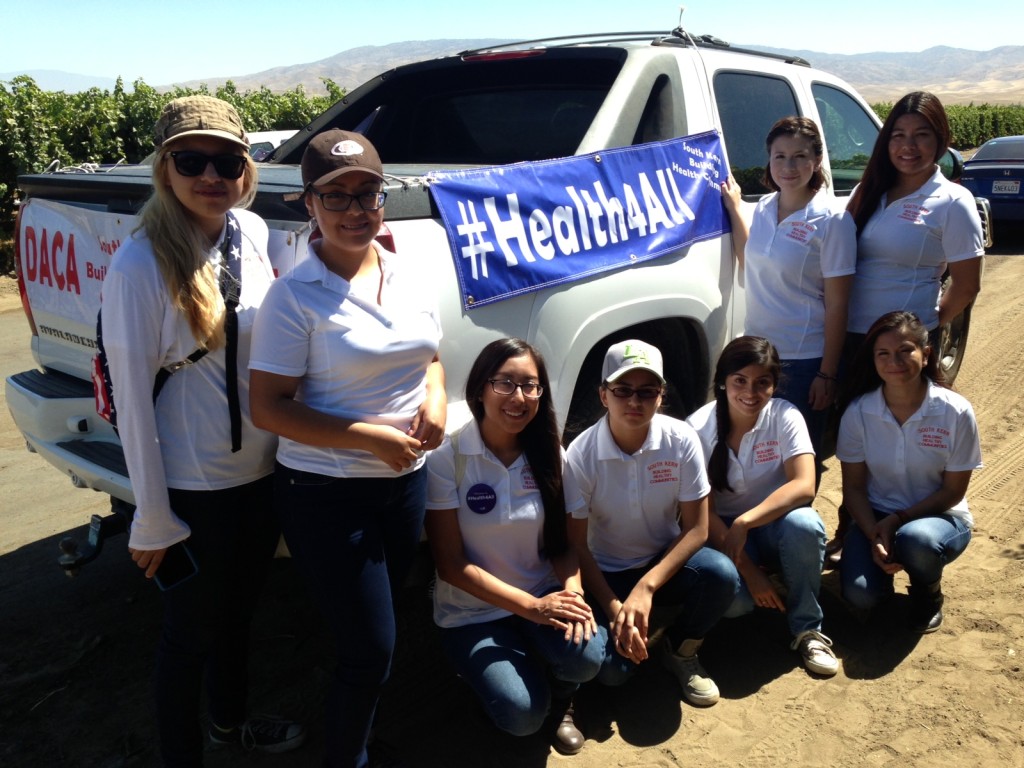 However, not everything was easy doing outreach in the fields. One of the biggest challenges I faced was even getting fieldworkers to speak with me, because a majority were afraid to even have a conversation. It made me sad that their legal status meant they were afraid to talk with me, but it also made me determined to keep trying to share this information.

When I encountered people who were unwilling to speak with me, I would simply start by giving them the info we had, what was happening in California with DACA and DAPA and explaining the importance of having health insurance. Sometimes I was not able to do even that, but I still passed those workers our information card so that they could reach us at any other time. 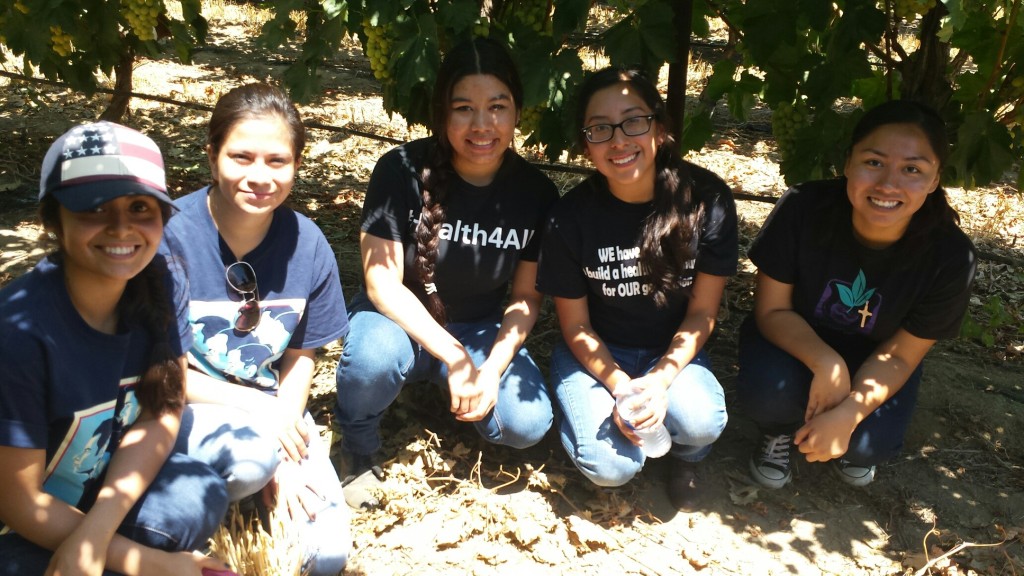 One resident I met this summer, Adriana Barron, was surprised when I shared information about the #Health4All campaign with her, exclaiming, “Two million people uninsured because they are undocumented…How can people be denied access to health insurance simply because they want to achieve the American Dream?” Her words

My time doing outreach in South Kern’s fields and living rooms taught me that all residents need to have access to health care, regardless of their legal status. Our state depends on it.