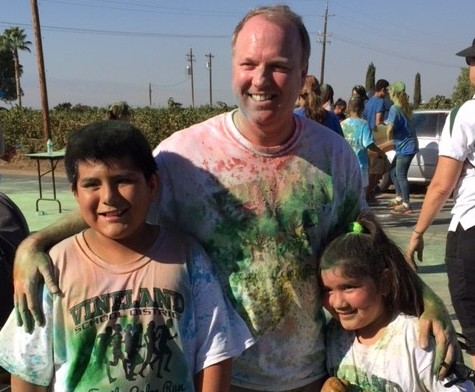 The Vineland School District in Weedpatch recently celebrated its 125th anniversary. Since it’s formation in 1890, the district has seen the inauguration of 21 presidents, two World Wars and near countless students pass through its gates. 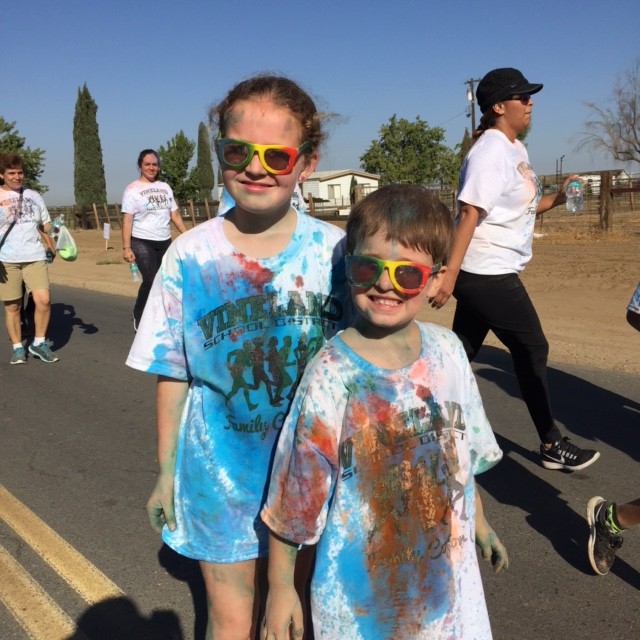 The anniversary celebration was held September 26, even though the district was actually founded on May 9 of 1890. The reason for the later date was so that the school district could simultaneously celebrate its history while also fund raise for a class trip to Camp Keep (Kern Environmental Education Program) with the districts first color-run ever. 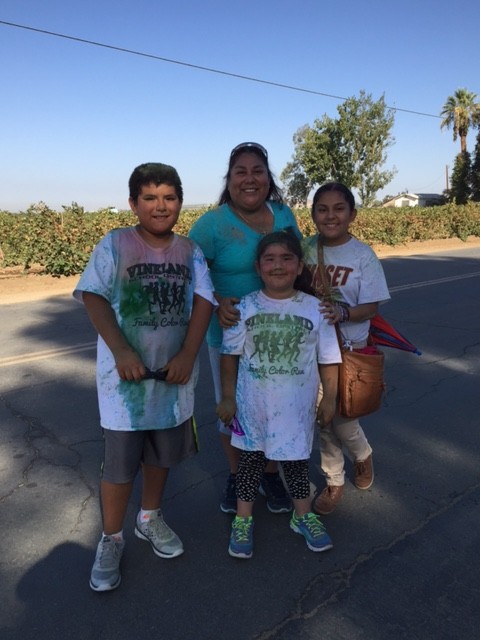 The event began at 9 a.m. with Supervisor Leticia Perez awarding Sunset Middle School with a certificate for their long service to the community. Afterward the school song was played by the Sunset School band, which featured former alumni (now Arvin High School students). 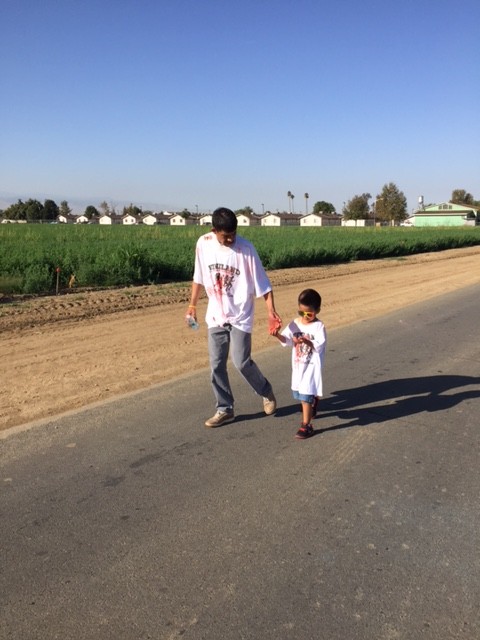 The Color Fun run was inspired by this years Building Healthy Communities South Kern’s ‘Live the Challenge’ color run. The interactive fundraiser proved to be a success, over 200 runners from South Kern gathered early at Sunset School on a sunny Saturday morning to participate in a 2-mile walk/run that started at Sunset School and ended at Vineland school.

Runners threw paint into the air, at their friends and strangers. Children circled around adults and marked them with a variation of colors before scurrying off. Those who finally reached the end were met with blue dye staining their pure white clothing. 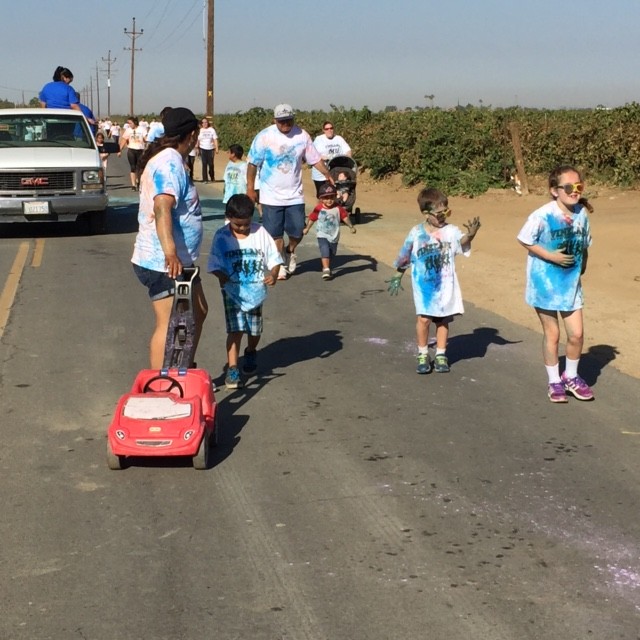 “My mom works for the school district and she brought me along to help with the fundraiser,” said Yasmine Romero, 17.

“We came here because one of our friends invited us,” said Agustin Rodriguez, 17. “We had a lot more fun than we thought we would,” added classmate Adrian Zuniga.