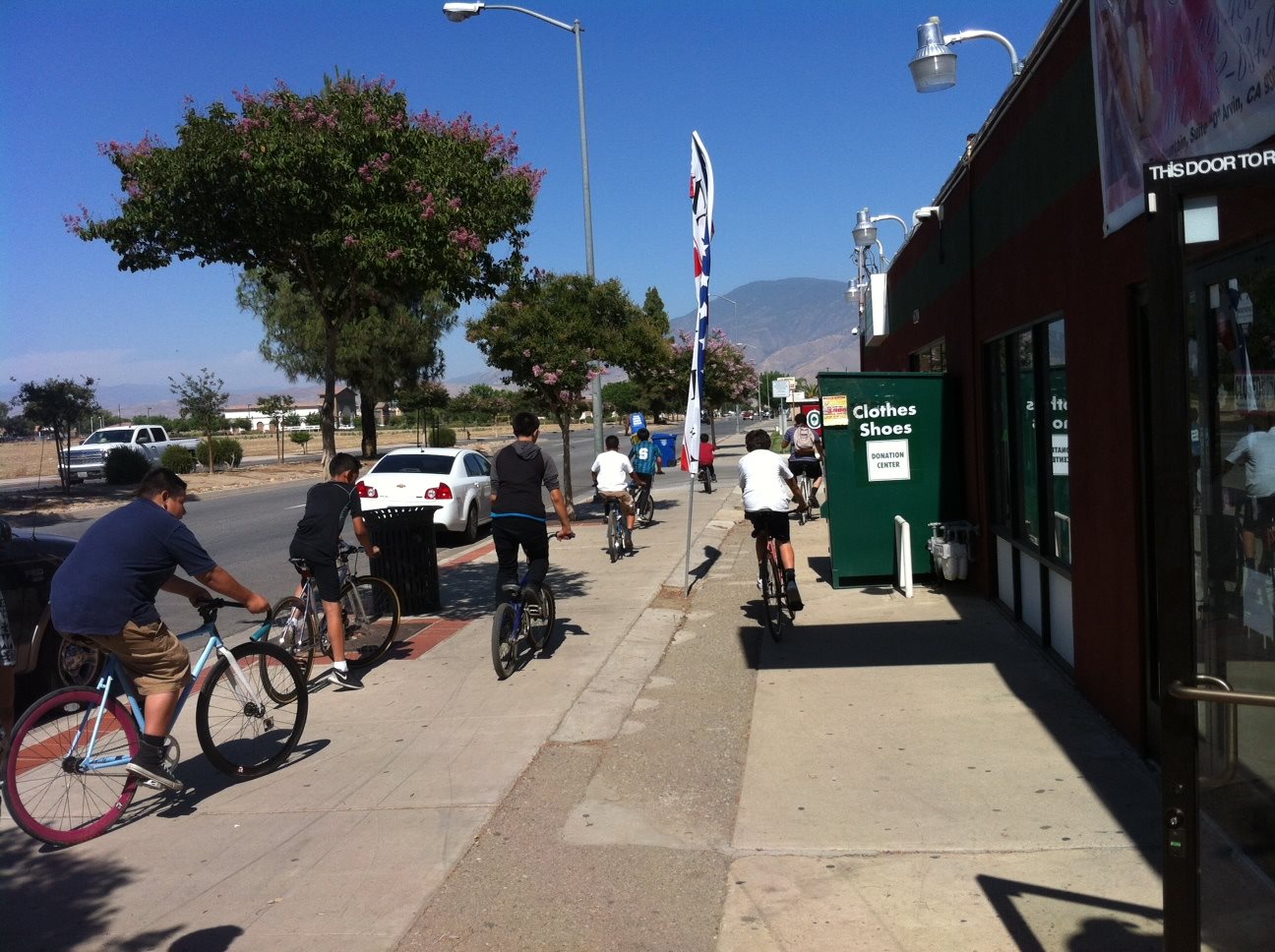 There’s soon to be a new half-pipe in town.

Early this month, the Arvin City Council voted to use funds to support the construction of a new skate park in Arvin, after over 40 youth advocated for something they believe will benefit the entire community.

“I feel excited for this skate park because we’re going to be able to have fun and be active. We’ll finally have some place to skate,” says 15-year-old Dasael, one of the youth who has been involved since the start. “I learned that it’s difficult to fight for what you want and you have to have a lot of support.”

Carlos Ramirez, a youth skater, explained that the action park would bring “safety and security” to the local skating community and provide a place to skate where they wouldn’t “have to worry about security guards tackling us, or a car running us over.”

The city will cover $401,000 of the $550,000 to construct the park, and the Tony Hawk Foundation and The California Endowment will help with the rest of the tab.

The skatepark, which will be sited at DiGiorgio park was born thanks to a partnership between Bike Bakersfield, Tony Hawk Foundation, The California Endowment, and Building Healthy Communities-South Kern.

“It was clear what the youth desperately wanted and needed,” says Bike Bakersfield’s director Jason Cater, whose organization works to promote bicycling as a safe, fun and environmentally friendly means of everyday transportation.. “[They] have spent months advocating for the park, from gathering petition signatures and presenting the project plans to the city of Arvin.”

The skaters advocated for an action park, which has both skate and bike-friendly features, in hopes of attracting more Arvin youth to “stay engaged, healthy, and off of the streets,” according to Cater.

According to Ramirez, the park will fill a huge gap in local recreation facilities.

“In a place that’s mostly rural, there’s very little places to skate,” he said. “A lot of us go to the library to skate, because it’s one of the only places that has a sidewalk. However, there’s a security guard there that always kicks us out.”

Before breaking ground the project must be approved by the Kern County Board of Supervisors, but Arvin City Council Member Jazmin Robles is confident that the skate park will move forward.

“This is a big step towards making our community parks more family and youth-friendly,” Robles said. “The skate park isn’t just a park for a certain group of people or kids, I really think that it can eventually have an impact on the environment of the entire city.”

According to Cater, the process of working with local government to make the action park a reality taught youth that “being engaged in advocacy works. Youth sometimes youth feel their voices don’t matter, but we have proved that their voice does matter,” he said.