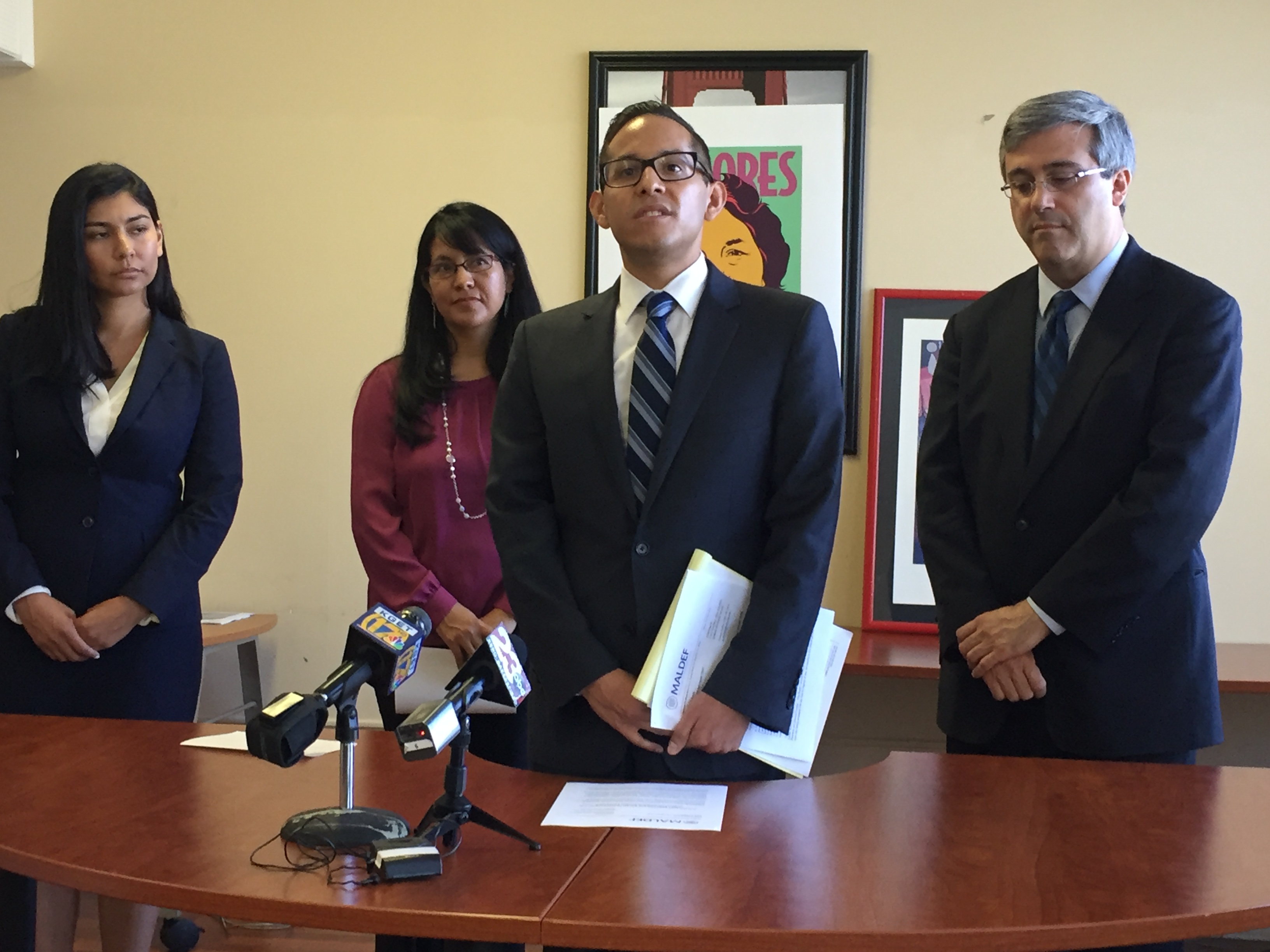 BAKERSFIELD, Calif. – One of the nation’s leading civil rights organizations has filed a lawsuit against Kern County for violating the 1965 Federal Voting Rights Act.

The Mexican American Legal Defense and Educational Fund (MALDEF) filed the suit on behalf of Latino citizens in Kern County, on the southern end of the Central Valley. The suit challenges redistricting decisions by the Kern County Board of Supervisors that MALDEF says is a clear case of gerrymandering intended to dilute the Latino vote.

“The growth of the Latino population in Kern County warrants additional representation of Latino-preferred candidates on the Board of Supervisors,” said MALDEF President and General Counsel Thomas Saenz at an April 22 press briefing to announce the legal challenge.

Latinos make up just over 51 percent of the nearly 900,000 residents in Kern County. They currently comprise a majority in only one of the county’s five districts, District 5, which includes the mostly agricultural communities of Arvin and Lamont.

“It is clear that the Latino community has grown to a point that it should have more than one supervisorial district,” said Saenz, adding that the Board of Supervisor’s refusal to create a new “Latino-majority” district in the north of the county is what led to the filing of the lawsuit.

In 2010, during the public hearing portion of the redistricting process, the five-member Board of Supervisors ignored plans submitted by Latino community members that called for the creation of a second Latino-majority district. Instead, the board divided what the plaintiffs in the suit claim was a “politically cohesive” district into two, thereby diminishing the Latino vote. The new lines took effect in 2012.

“This action is filed on behalf of Latino citizens of Kern County whose right to vote has been abridged on the basis of race and national origin. The Kern County redistricting plan denies Latino voters an equal opportunity to elect candidates of their choice,” the suit claims.

There is currently only one Latina on the Board of Supervisors, Leticia Perez. No Latino candidate has won in the county outside District 5 in more than 20 years.

Camila Chavez is executive director of the Dolores Huerta Foundation. “Kern County needs leaders who truly represent their community. Leaders who are going to sit down and ask their Latino constituents ‘What can I do for you?’”

The plaintiffs are seeking to force the county to adopt a new plan that adheres to the requirements under the Voting Rights Act and to prevent any elections for the Board of Supervisors under the current plan.

“The last time a case like this was filed in California was 30 years ago against the Los Angeles County Board of Supervisors,” added Saenz. “It resulted in the election of Gloria Molina, the first Latina Supervisor in the history of the county of Los Angeles.”