Water Filters May Soon be a Reality at Arvin High 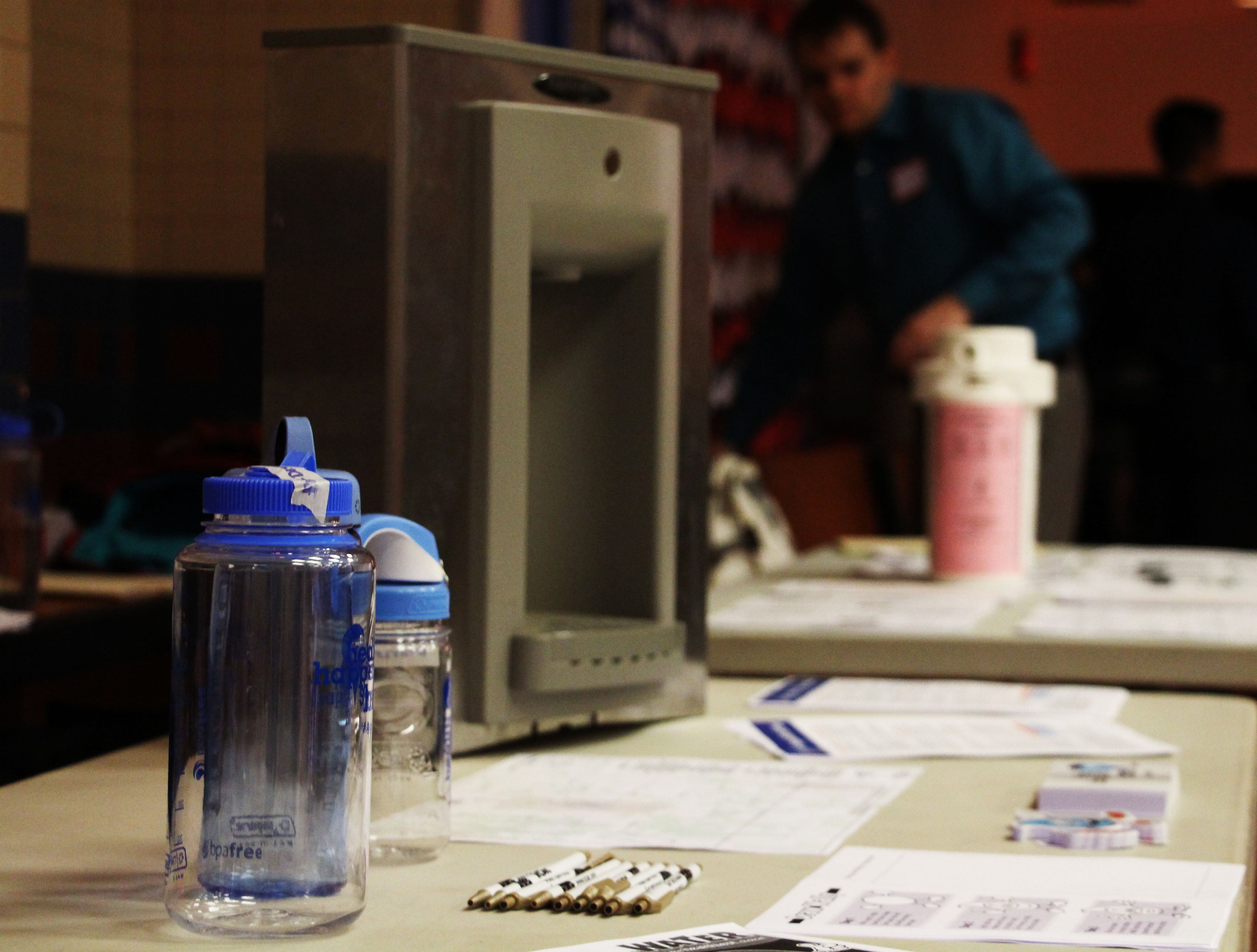 Arvin High School may be next in line for water stations that include filters which remove arsenic, as the school has unsafe drinking water.

Many areas in Arvin and the South Kern have arsenic levels in the water that are above the safe limit, which is 10 parts per billion.

Elementary schools in the Arvin Union School District have received these state of the art refillable water stations with an attached fountain, but the high school has yet to receive these filters.

With the elementary schools benefiting from it, members of the community believe it’s time for the high school students to get the filters as well.

Rocio Armijo, a mother of two, said, “They [her children] have the water bottles to refill, and they use them. I believe they [the high school] should have the filters knowing that the elementary schools have it. I don’t see why they don’t.”

The Rural Community Assistance Corporation has been involved in the efforts toward getting AHS filters.

RCAC Rural Development Specialist Sarah Buck said, “We [RCAC] have been the project lead. We were the ones that applied for the funding from the water board and have basically been managing the project.”

Buck explained that RCAC has been working with Community Water Center on the project as they share the same goals in the betterment of the water at AHS.

As the planning for the project advances, Buck explained that RCAC has been putting together manuals on maintaining the filters and operating the filters properly. So if the plan for AHS to get water filters becomes official, the upkeep of the filters will be ready for workers to learn immediately.

According to Buck, Arvin High School wants the filters. She said, “The Arvin school administration themselves seem pretty interested. They really do believe that all the kids should have safe drinking water.”

In order for Arvin High School to get the water filters, the Kern High School District has to approve the project.

KHSD’s Director of Business Matt Guinn explained that they were in contact with the Community Water Center about the project in September of 2015.

“There was questions regarding the ongoing costs involved, maintenance, set-up issues like that,” said Guinn.

Guinn said that he and Gerardo Tinoco of Community Water Center spoke recently about the project, and he said the idea seemed good.

The next step, according to Guinn, is Tinoco and Guinn getting their teams together for a more serious meeting on the project.

“It’s definitely worth having a meeting, and then seeing what we can work out,” said Guinn.

Guinn explained that starting the project now may be a good time as AHS is about to begin summer vacation. He said it is easier to work on projects such as this during the summer as there is much less activity going on at the campus.

Buck explained that RCAC has ran into a small problem with the funding from the state for the project, but they are working on getting the problem fixed.

The cost of the project depends on how many filters AHS will need, and the amount of filters has not been determined yet, according to Buck.

Buck said, “The first step is we would go and do a walkthrough of the school and look at all the places where the students and teachers drink water from.”

After the walk through, they can determine the amount of filters needed at AHS and plan where exactly the filters would go. From this, they will be able to determine the cost as well.