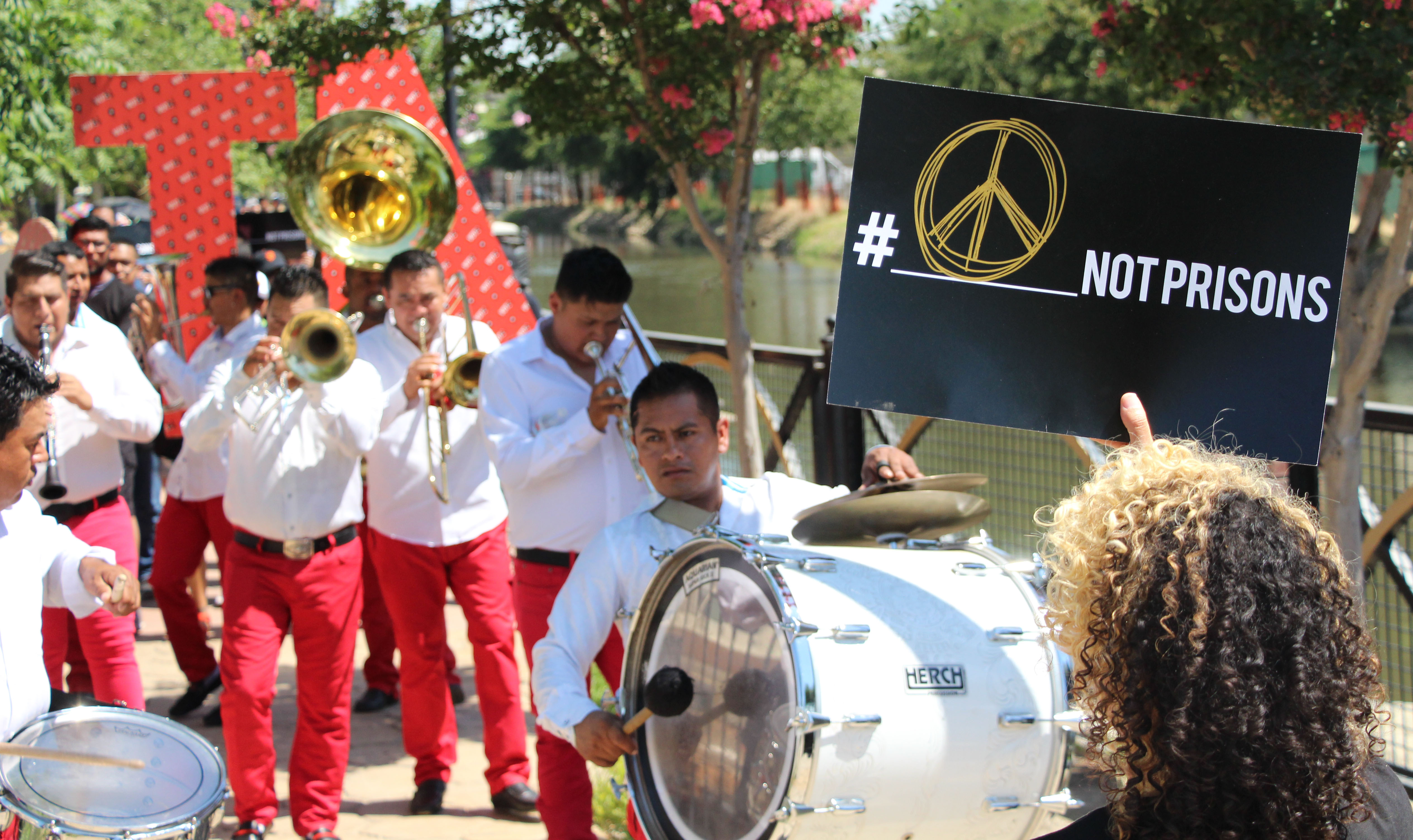 Bakersfield, Calif.,– This past Thursday, more than 200 community members gathered under a tree on the lawn of the Mesa Verde Detention Center and Chris Romo, 20, cleared his throat to speak. 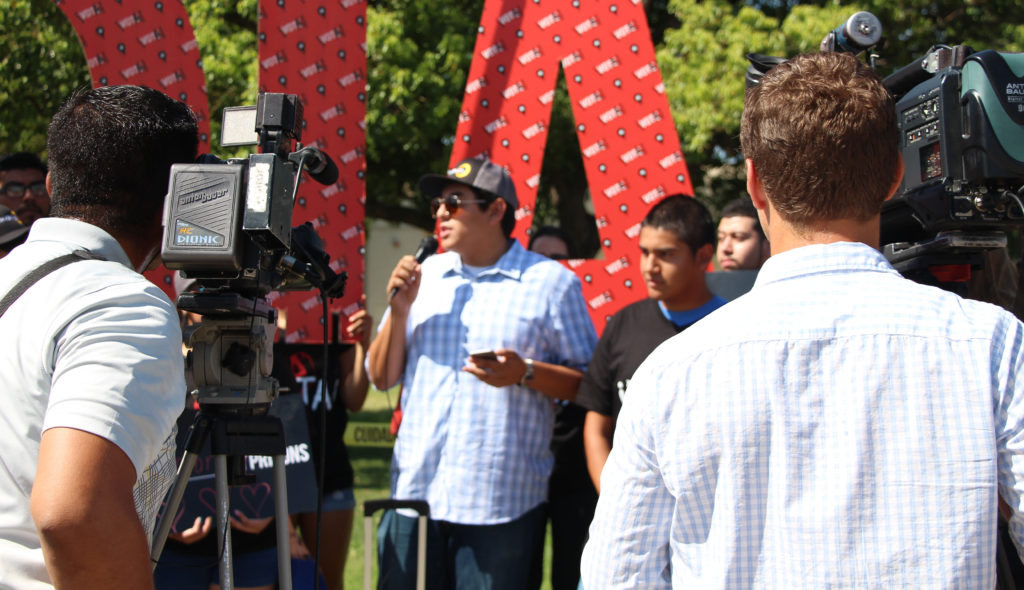 “Youth all across the country are facing injustices everyday. They face bad air quality, bad water quality, a broken education system. They’re being incarcerated everyday, and we’re just tired of all this injustice,” said Romo, a South Kern Sol youth reporter. “What we are doing here today is calling on our local leaders and local community members to give our youth in this community justice.” 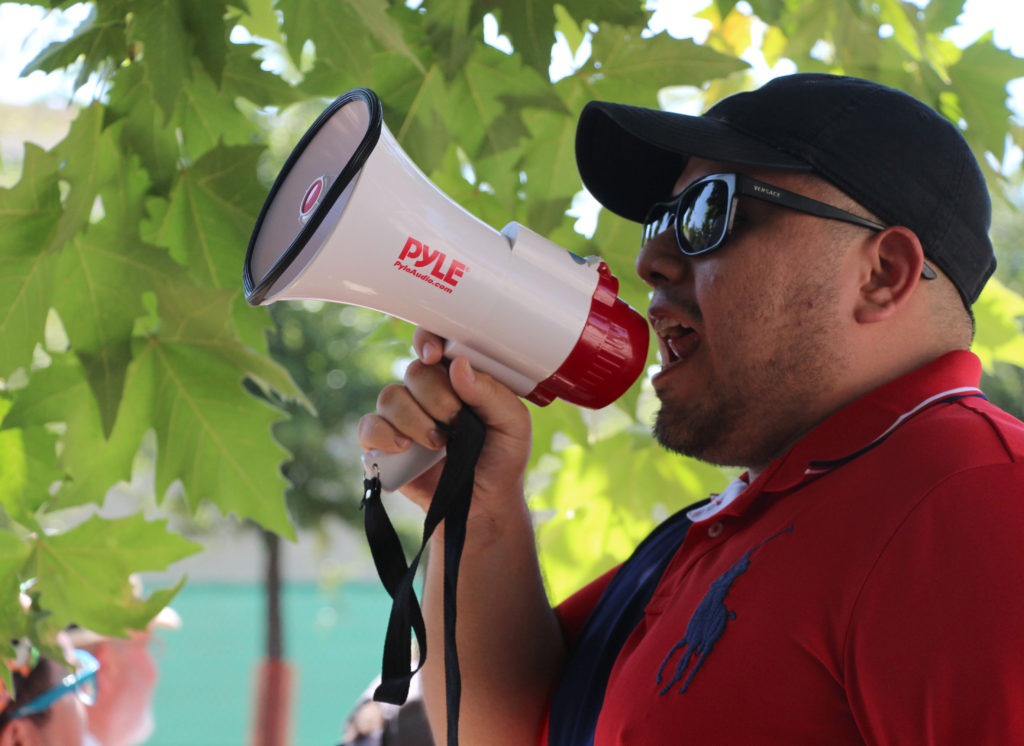 The event is the first of the Summer Youth Justice Series put on by South Kern Sol, Building Healthy Communities South Kern, New America Media, The California Endowment and The Arts Council of Kern County. 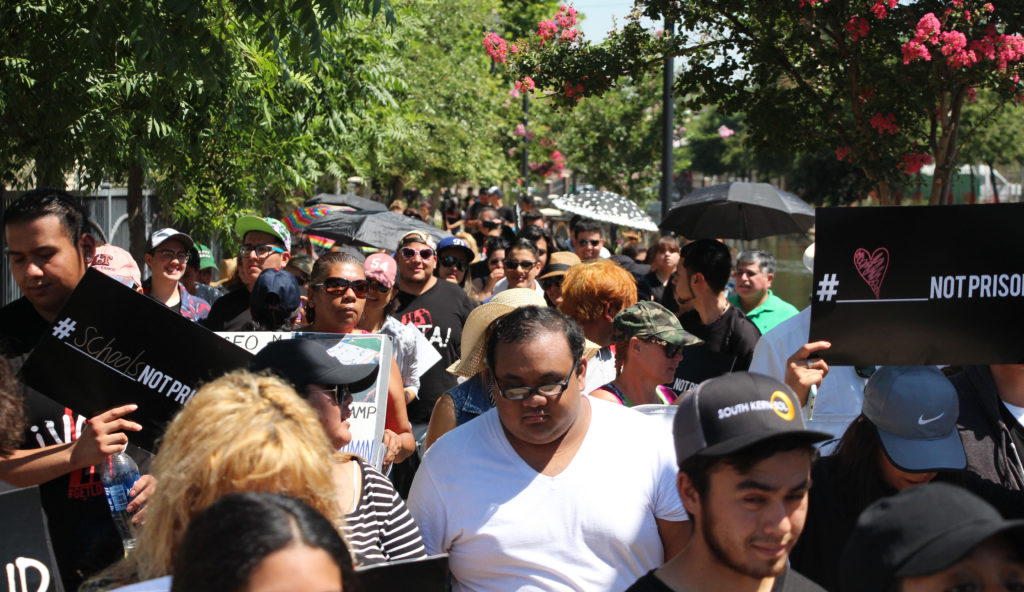 The event was focused on getting community members to be civically engaged in order to have elected officials reflect the values of the community, including on immigration policies that are more humane.

South Kern Sol youth reporter Randy Villegas, 21, said, “We must act and put pressure on our political leaders now. What better way to do it than to vote those who are against immigration out of office.” 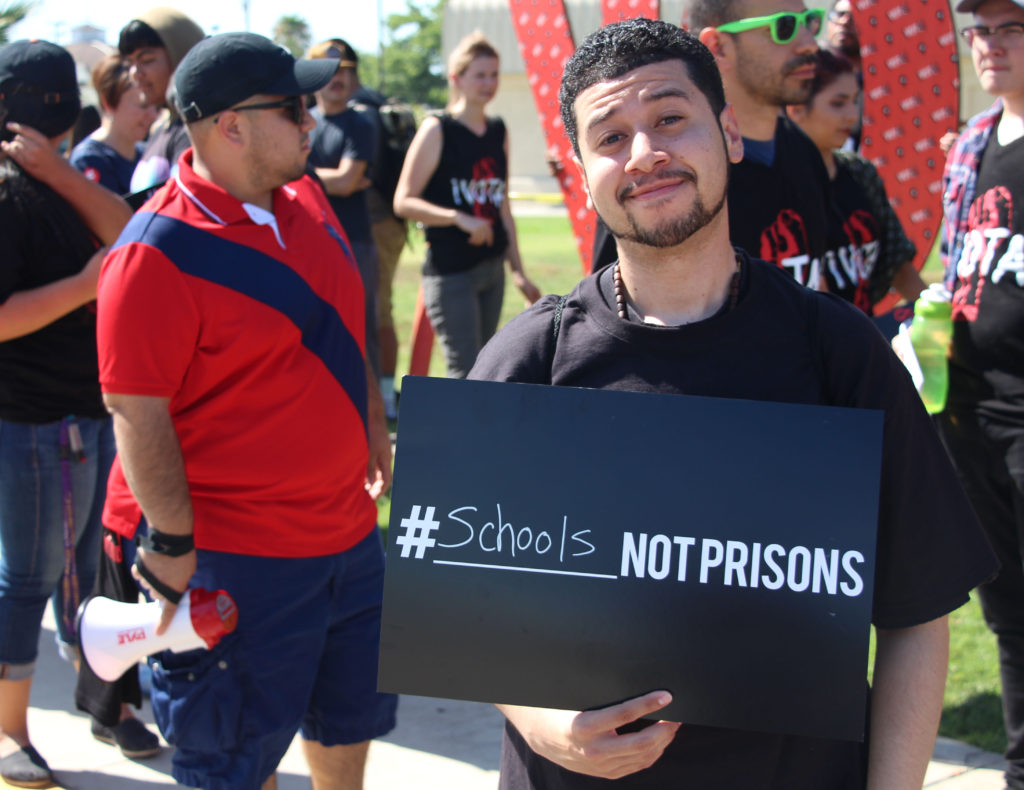 The event began in front of the Mesa Verde Detention Center which can house up to 400 immigrant detainees at a time. A press conference was held where youth leaders spoke about the ongoing issues of immigration reform and anti-immigration acts. 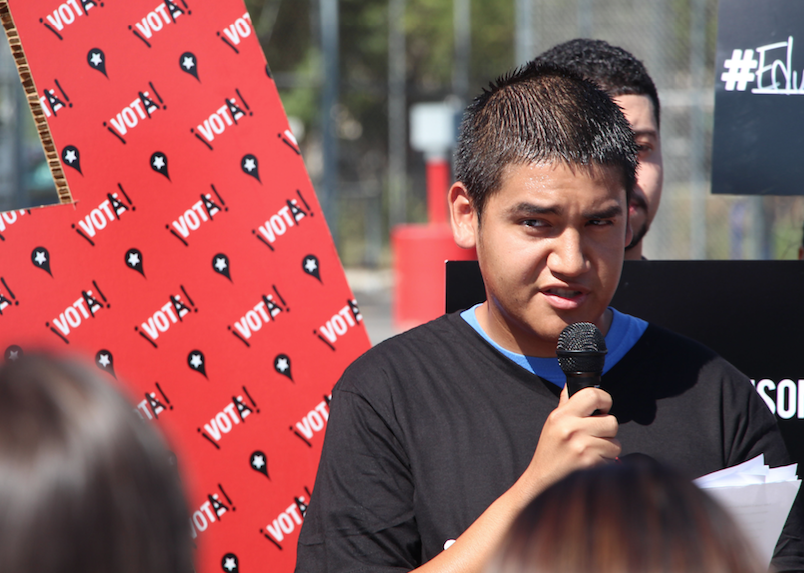 “This detention center is a business. Undocumented immigrants are being detained without a fair trial or representation to profit those in power. A business that profits private corporations based upon the suffering of families,” said Villegas. 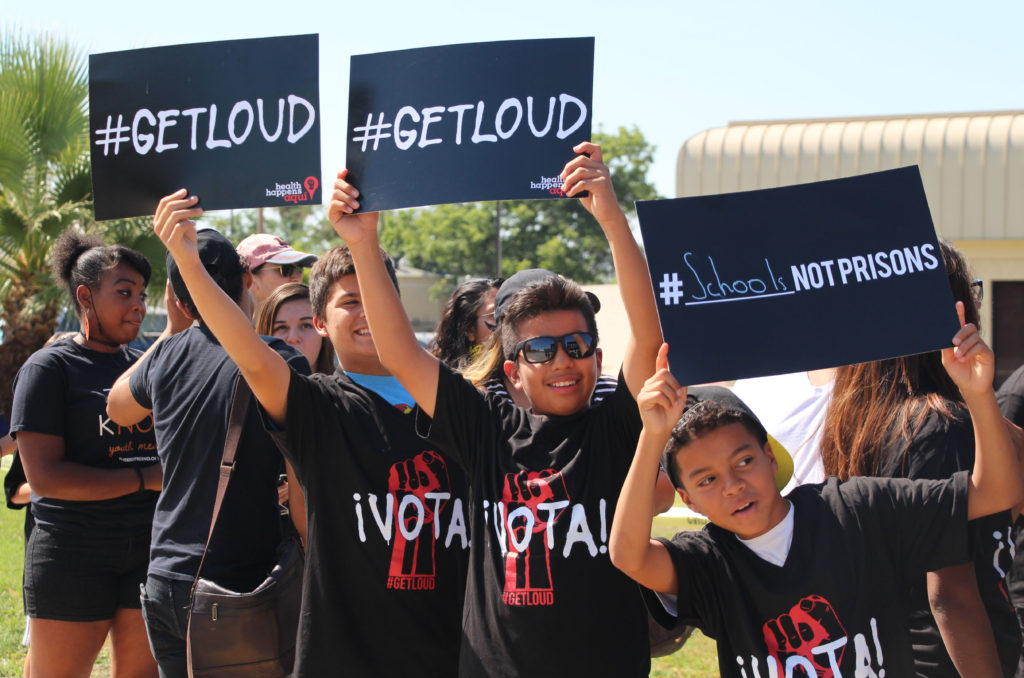 The event was timed to show individuals who are detained in the facility that they are not being forgotten and so that they could hear the rally chants and banda music. 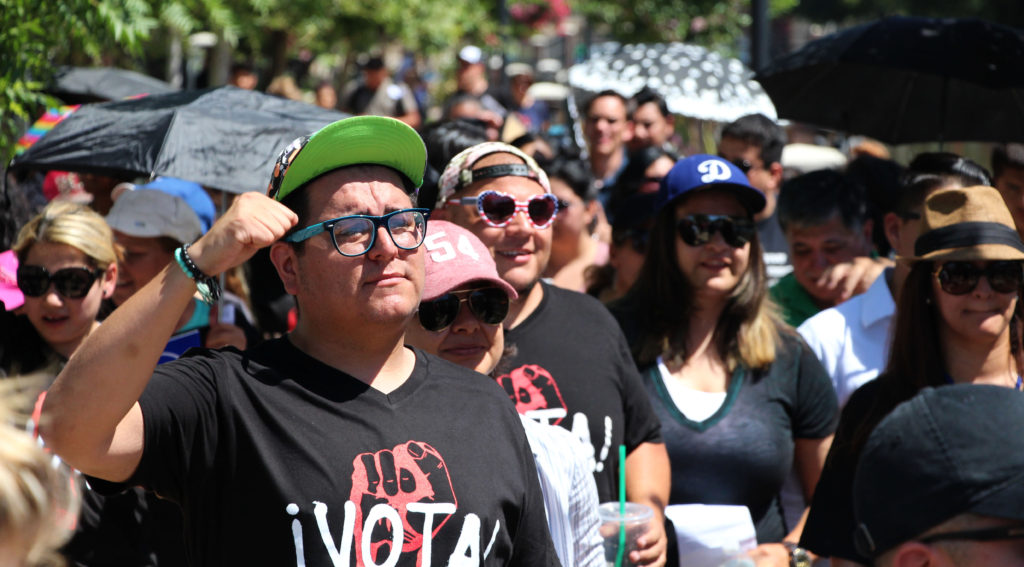 Villegas said, “We are also here to remind those who are incarcerated that we care about them. To remind them that there are people outside of those walls who will continue to fight for them everyday.” 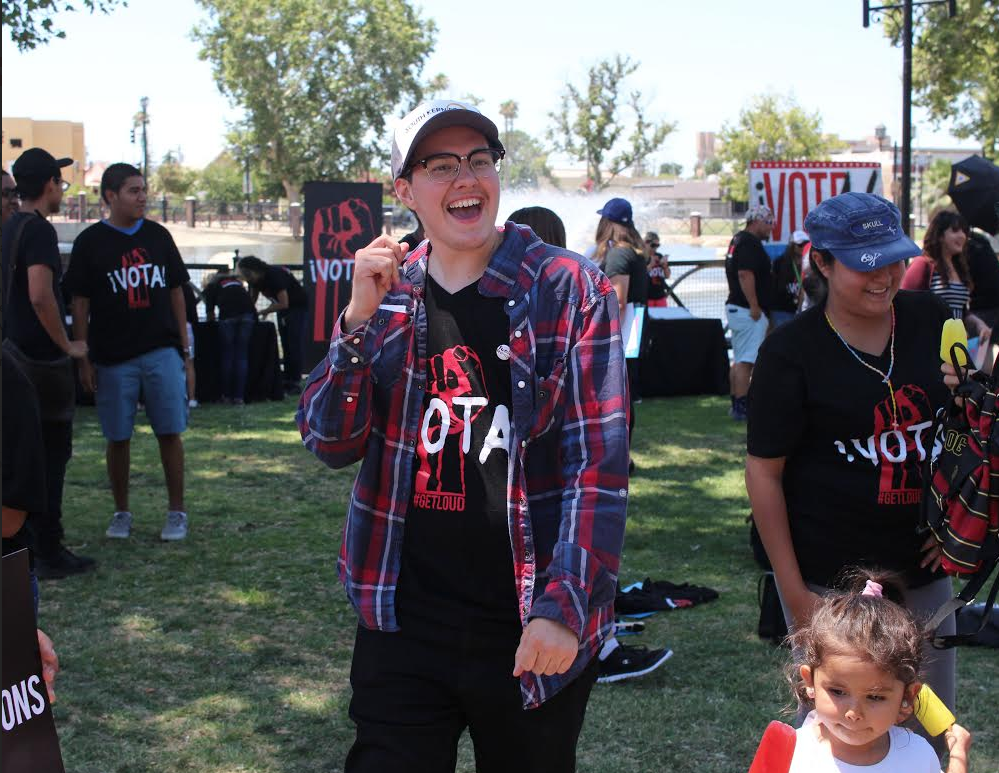 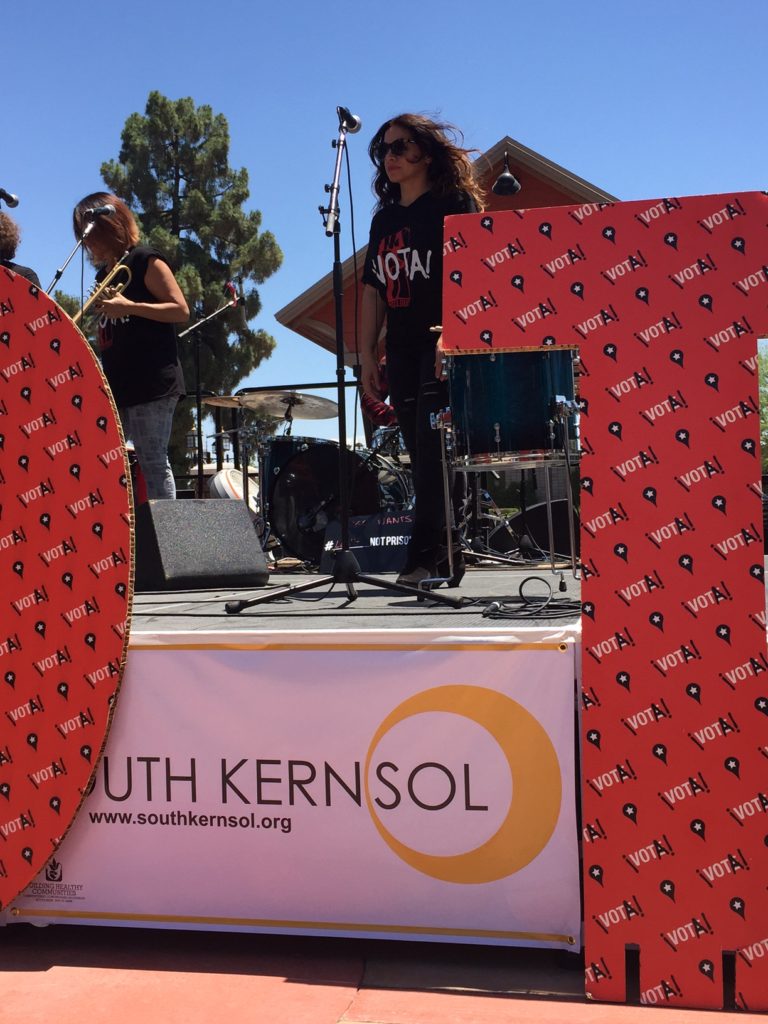 Once the march reached the park, the event grew to include a photo booth, more youth speakers, food, and live music from Latin Grammy nominee Ceci Bastida. 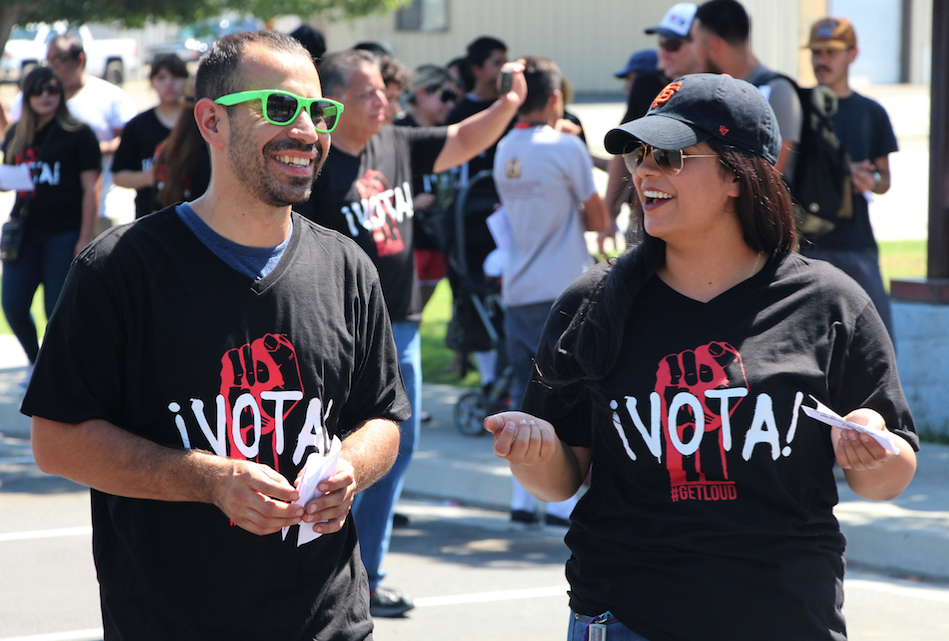 Between bites of free paletas, community members danced in the park or rested in the shade. 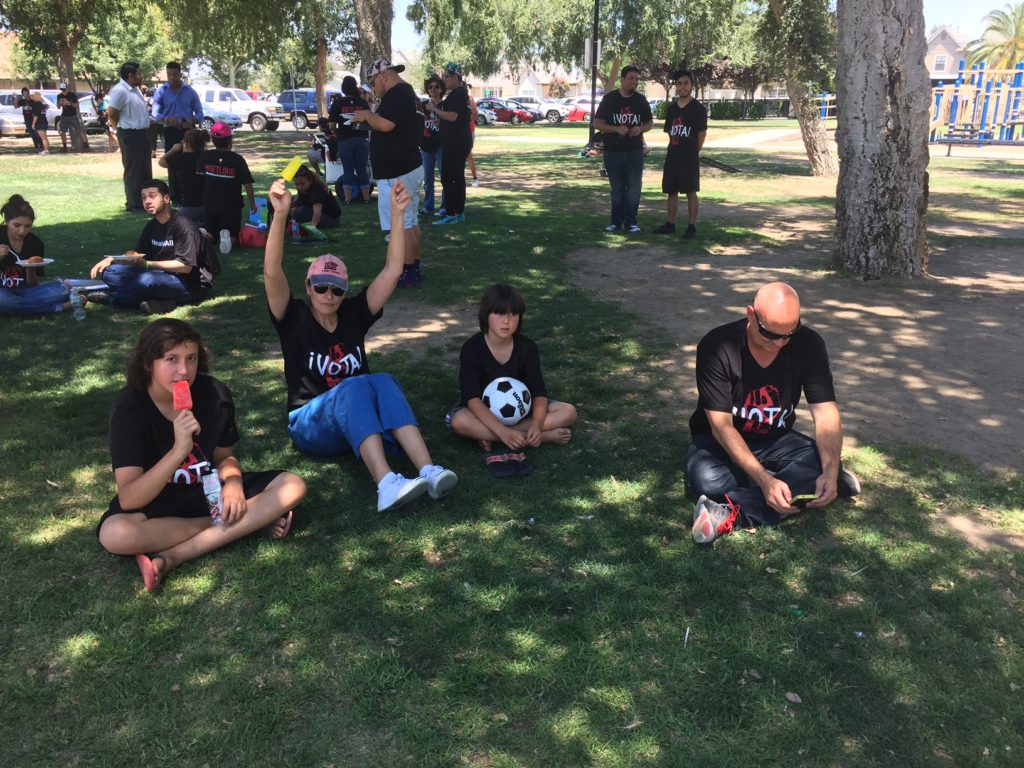 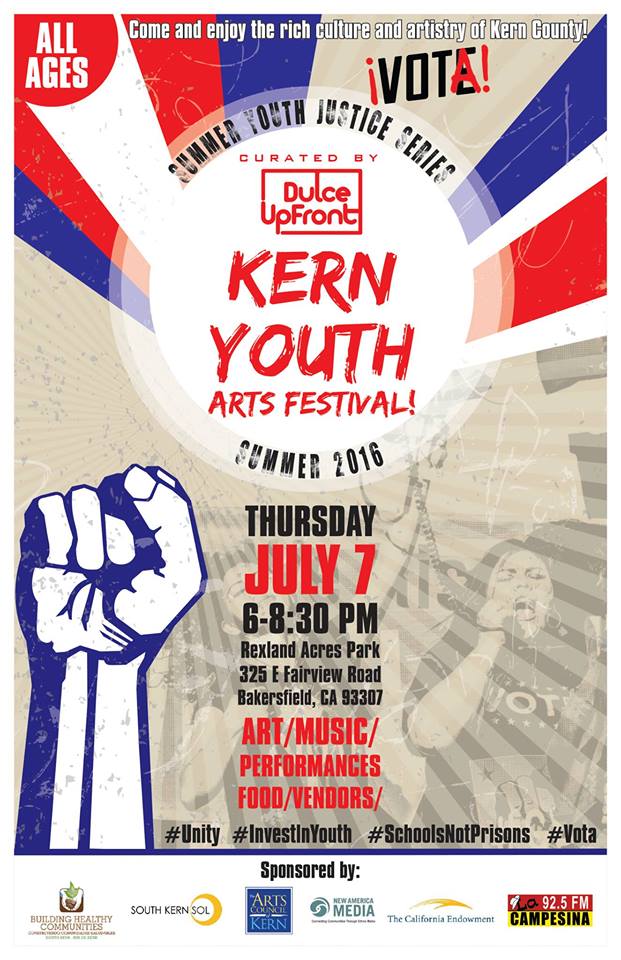