An Open Letter to President Obama 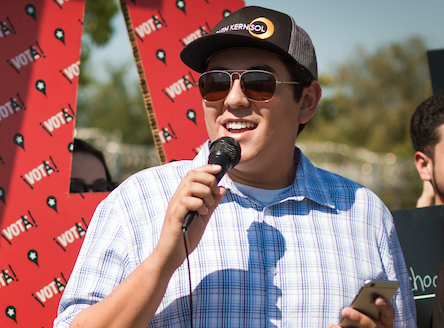 I still remember the day you were sworn into office 8 years ago. I was 10 years old. I stayed home from school with my mother and grandmother to watch the inaugural ceremony and it felt like a dream. No matter whether people voted for you or not, no one can deny the historic nature of your election, when only 50 years ago blacks and whites couldn’t even eat at the same lunch counter.

On the day of your inauguration, the entire country was in awe as they witnessed the first African American take the oath as the 44th President of the United States of America. My grandma cried as she saw you and First Lady Michelle Obama get out of your car and walk down the streets of Washington. “I never thought I would see this day in my lifetime,” she told me.

Now, 8 years later, I would like to thank you for all the things you have done for myself and our nation. First, thank you for your work in passing the Affordable Care Act and granting access to healthcare for millions of Americans. I was in high school when the ACA was signed into law and I didn’t think much of it until I was about to start college and was so thankful that I was able to remain on my parents healthcare plan until 26. I am relieved that I can now focus on my studies and not worry about how to pay for my medical costs. I and millions of Americans who believe that healthcare is a right and not a luxury thank you.

Secondly, I would like to thank you for your work in rebuilding our economy. Though I may have been young when the recession began, I will never forget the hardship my family endured when the economy crashed and my parents were on the brink of losing their home.  I remember my father being laid off from work and being unemployed for months and having my mother, who had just taken a pay cut, be the only source of income for a family of four. I felt useless as I saw my parents struggle to pay their bills and it seemed as though they would lose everything they worked so hard to achieve.

When you became president, I saw the spark of hope reignite in my parents. You brought us out of the worst economic disaster since the Great Depression and now I’m happy to say that my dad is working again, my mom has received not just one, but two raises and we moved into a bigger home.

Lastly I would like to thank you for inspiring me to dream of a better life. Because of your work in expanding college grants, I will be able to do what my parents couldn’t, get a higher education and graduate from a university. Without financial aid from the government my family simply could not afford to send me to college. But now I am proud to say I have just received my AA degree and I am now moving on to receive my BA degree, and I intend to pursue my masters degree and maybe even a law degree after that. After seeing a poor black kid from Hawaii become President of the United States, I know that if I work hard enough, nothing stands in my way of fulfilling my dreams.

Having your presidency in the background of my transition from adolescence to adulthood has been an extraordinary experience. I am sad to see your administration come to an end but I am proud of all the progress our nation has made in the past eight years and I can’t wait to see what else our nation can achieve when we work together as one. When you campaigned for president your slogan was “yes we can.” In 50 years, when I sit and watch the presidential inauguration with my grandchildren just as my grandmother did with me, I will be proud to reminisce on this historic era I was lucky enough to live through and tell them, “yes we did”.

Chris Romo, 21, is a student at Cal State Bakersfield and a youth reporter for South Kern Sol.