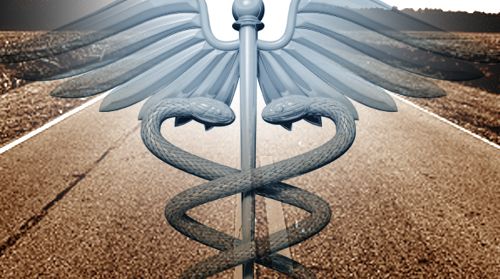 The study found that in four Central Valley counties — Fresno, Kings, Tulare and Kern — death rates among whites have surged 40 percent compared to figures from 2010-2014.

Nationally death rates for whites have gone up 11 percent. Death rates for Hispanics and African Americans remained flat during the same period.

The study was produced by the Center on Society and Health at Virginia Commonwealth University for The California Endowment.

The findings come even as medical technology and access to healthcare has increased over the years. The study notes residents in rural counties where jobs are scarce and economies remain shaky to be the most vulnerable. It also cites rising rates of opioid and other drug addiction, as well as increasing rates of suicide.

“In Kern County, suicides by hanging, strangulation and suffocation among middle-aged whites have increased by 133 percent since the 1990s,” the authors noted.

The figures point to what the California Endowment calls “Deaths of Despair.” Although drugs and alcohol may have played a role, experts argue that stress factors linked to unemployment and poverty have also contributed significantly, especially in the Central Valley.

In Kern County, almost a quarter of all residents live in poverty. For young white men aged 25-34, the study shows that accidental drug overdoses have increased by 248 percent since the 1990s. The death rate appears to be rising even faster among white women.

What the study also illustrates is that many of these deaths may have been preventable.

Dr. Anthony Iton is senior vice president of the California Endowment. He says the best way to tackle the problem is by re-instilling a sense of hope in the future for impacted communities.

“Essentially these deaths have to deal with people not having hope about their futures. We need to try and design strategies that help people regain a sense of hope and a shot at the American Dream,” he said.

The study’s release comes as Republicans in Congress continue to move toward a repeal of President Obama’s signature health law, the Affordable Care Act, despite growing protests locally and nationwide against such a move.

Iton notes that repeal of the ACA would be harmful for people and communities highlighted in the study, some of which have the highest rates of ACA enrollment in California.

“Mental health services, drug and alcohol treatment services are all services covered by the (ACA),” Iton said. “The absolute withdrawal of healthcare without anything equal to replace it would be devastating for this population.”