Board of Supervisors undermine the community by opposing SB54 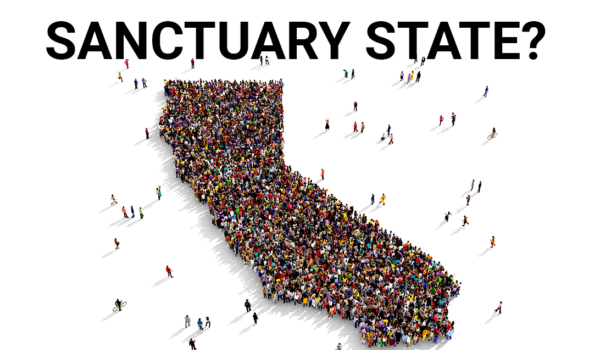 Attorneys, Immigrant rights advocates, and local citizens took the podium last week on Tuesday to try and convince the Kern County Board of Supervisors not to oppose Senate Bill 54.

SB54, commonly referred to as the “Sanctuary State” bill, would limit law enforcement’s ability to “detain a person due to a hold request, respond to federal immigration enforcement’s requests for notification or provide information about a person’s release date unless that’s already available publicly.”

The Board did not listen and instead voted 4-1 to draft a resolution in opposition to SB54. Supervisor Perez casted the opposing vote.

Just a week earlier, hundreds of community members gathered across the street from the Board of Supervisor’s building on May Day to march and advocate for a more inclusive Kern County. One that embraces undocumented immigrants and acknowledges their contributions to our city, our county, our state, and our nation.

Some people have a misconception that undocumented immigrants come to the United States, get on welfare, and do not contribute to our economy. Nothing could be farther from the truth.

Undocumented immigrants do not qualify for welfare or many social services. Instead they contribute toward our economy by paying taxes for social services which they are ineligible for.

One recent study by the Institute on Taxation and Economic Policy (ITEP) found that:

Sheriff Donny Youngblood, who had previously attempted to declare Kern County a “non sanctuary” county, led the opposition to SB54. Youngblood fear baited and argued that his hands would be tied and that dangerous criminals would be released on the streets if the bill passes.

Attorney A.J. Sala illustrated that was simply not true. “SB54 would require the parole board and CA department of corrections to notify ICE of the scheduled release of all inmates who have any violent or serious felony conviction or any inmate with a prior violent or serious offense.”

Sala is also one of the attorneys leading the Immigration Justice Collaborative, a coalition of lawyers that have lead workshops and public meetings to inform residents about “their rights” when it comes to immigration.

Reflecting on his own experiences, Sala spoke about a case where an undocumented woman who was a victim of Domestic Violence was afraid to contact the police.

“She is afraid to contact law enforcement because the perpetrator of the crime will call Immigration on them,” Salas stated.

It is a sad day when these four supervisors prioritize partisan politics over the wellbeing of their community members. If crime rates go down, it may not be because of this “law and order” rhetoric, but it may be because crime is being underreported. Families are living in fear of calling the very law enforcement agencies that are supposed to protect them.

In a county where the sheriff is constantly asking for more money in our limited budget, our local law enforcement agencies should not be utilizing its resources to help federal agents.

Although Youngblood claimed that his department was not arresting innocent immigrants and working with ICE to deport them, one lawyer challenged this. Christiana Osorio, an attorney from Eaton and associates, claimed that, “Last week an individual was not charged with any criminal offense. Despite the fact that he wasn’t charged with a crime, he was detained, and by way of the sheriff’s department, he was turned over to ICE and is now subject to removal proceedings.”

Osorio also stated that this was a very clear violation to the California TRUST Act.

For someone who likes to preach Law and Order, Youngblood has constantly violated the TRUST Act and state law. Instead of trying to build a relationship with the immigrant community and encouraging cooperation to find real criminals, Youngblood has resorted to scapegoating immigrants in order to further his political agenda.

History shows us the brutal cycle of oppression that immigrants have faced in California. A cycle of immigrants being abused for their labor and then scapegoated by men with no political spine.

Immigrants built our railroads. Immigrants perform back breaking work in our fields every single day, while the rest of the country literally enjoys the fruits of their labor.  Immigrants brought the great diversity that we see today. Immigrants have fought for this country and continue to fight for our country to this day. From the Chinese Exclusion Act to the Japanese internment and the infamous “Operation Wetback,” immigrants have been abused, jailed, and deported from a land that they saw as an opportunity for a better life.

I hope that our California State Assembly has the courage to stand up with Supervisor Perez and not fall where these 4 men failed. Our Golden State has a golden opportunity to truly bring to life to the words in our pledge of allegiance.

A California for all people:
“With Liberty and Justice for All.”